That’s who’s up today – all doves.  Tomorrow it’s Evans, Bullard, Bostic, Bullard – so we’re turning hawkish after 9am.  Williams (dove) again on Wednesday at 5pm and again Thursday morning, followed by Harker, Evans and Bullard – so now we’re mixing things up and the last word goes to Harker (hawk) on Friday morning.

Since there are far more hawks than doves on the Fed at the moment but the doves are getting the majority of the speaking time – it’s pretty clear which face the Fed is trying to present but it’s interesting that they’re “experimenting” with Bullard having the very last word on Tuesday without anyone to negate him all day Wednesday.

That means there’s a good chance we have a sell-off Tuesday into Wednesday and the Nasdaq is already plunging this morning and everything has been going downhill since China’s open as now power cuts due to electricity shortages are getting bad enough to affect both demand and the factories ability to produce goods (China’s PMI will be out Thursday morning – hence the doves coming back to save us).  China International Capital Corp. estimated the electricity shortages will lower the country’s growth rate by 0.1 to 0.15 percentage point in the third and fourth quarters. Nomura Holdings Ltd. cut its full-year forecast for gross domestic product, while Morgan Stanley warned of lower fourth-quarter output.

The stringent measures to cut electricity use in economic powerhouses like Jiangsu, Zhejiang and Guangdong provinces will probably cause the purchasing managers index, scheduled for release later this week, to drop below 50, Nomura said in a report Monday.  Nomura’s Chief China Economist Lu Ting said there’s now a chance that its growth projection for 2021 — which was cut on Friday to 7.7% from 8.2% — could be lowered further.

CICC economists said the power supply shock will have a large impact on short-term production, especially in September, with industrial output growth in the month likely dropping to 4%-4.5%.  CICC also sees an impact on inflation, with producer prices likely to rise at least 9% in 2021 from a year earlier, weighing on the profitability of downstream firms. Monetary policy will likely stay neutral with an easing bias, CICC economists said. 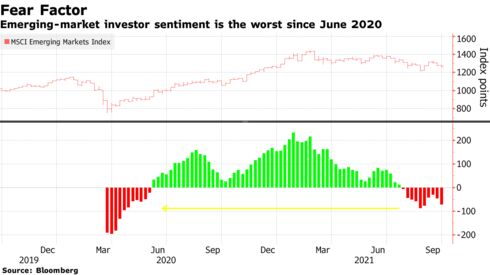 Power shortages are one of those growth limiters that don’t go away quickly.  They require the cooperation of Government and business over several years to improve.  That’s why it’s ridiculous to extrapolate endless growth in the stock market – there’s a physical limit to how fast the economy can grow in the real world.

China’s economy will now grow at a slower-than-expected pace in the years through 2023, according to Bank of America Corp. It lowered its forecast for 2022 to 5.3% from a previous estimate of 6.2%.  “Beyond the immediate concerns associated with Evergrande, China’s recent struggles with the delta variant, tech-centered crackdowns, and now the property sector will likely shave a bit off of global growth at the margin,” said John Lau, head of Asian equities at SEI.  Apparently, he didn’t even know about the power shortages!

Europe is about to have an electricity crisis too and that’s due to short supplies of Natural Gas this fall.  There simply isn’t enough gas to fuel the post-pandemic recovery and refill depleted stocks before the cold months.  In European countries and Britain combined, storage sites are currently around 72% full, compared with 94% full at the same time last year, and 85% full on average over the past 10 years by the end of September. 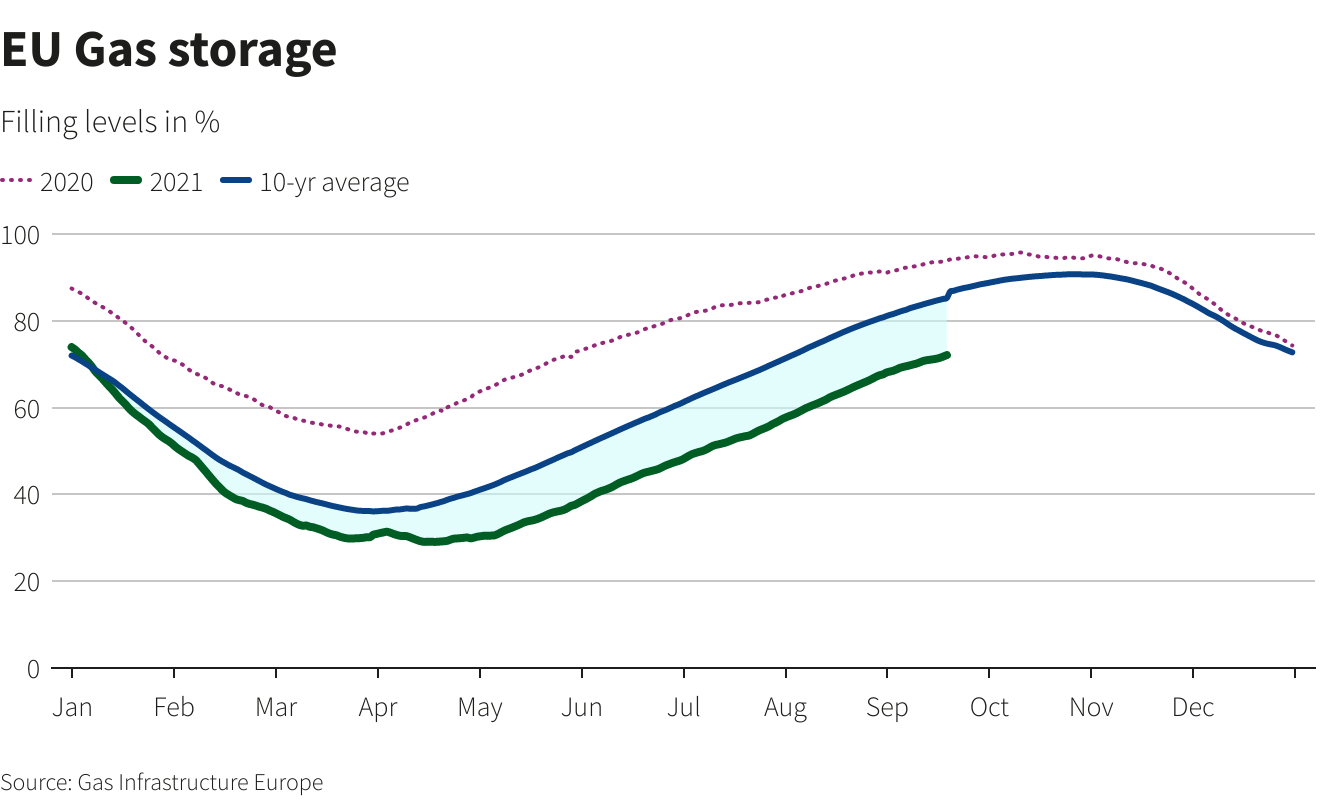 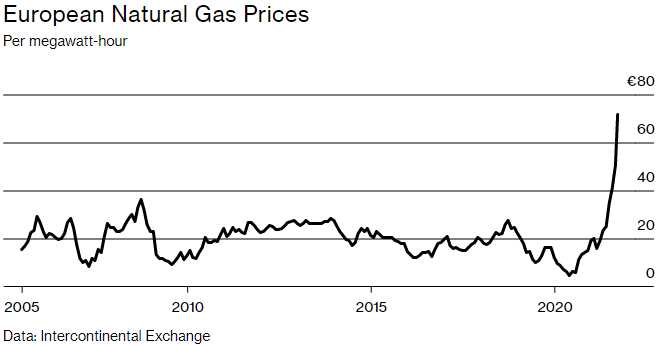 As I have been warning for over a year, these are the kinds of consequences we face when we artificially stimulate an economy.  In this case, the government has spent money to maintain demand during an economic slowdown but that hasn’t prevented the raw materials and infrastructure services from slowing down due to lockdowns and sick workers and some workers who aren’t as productive since having Covid (15% of the US population has had it so far).

This has caused supply chain shortages and we still haven’t really addressed those issues as a lot of the supply chains begin overseas, where the Governments can’t print money the way the US can to paper over all their problems and where they don’t send their workers back to work and their children back to school like lab rats in a massive herd immunity experiment. 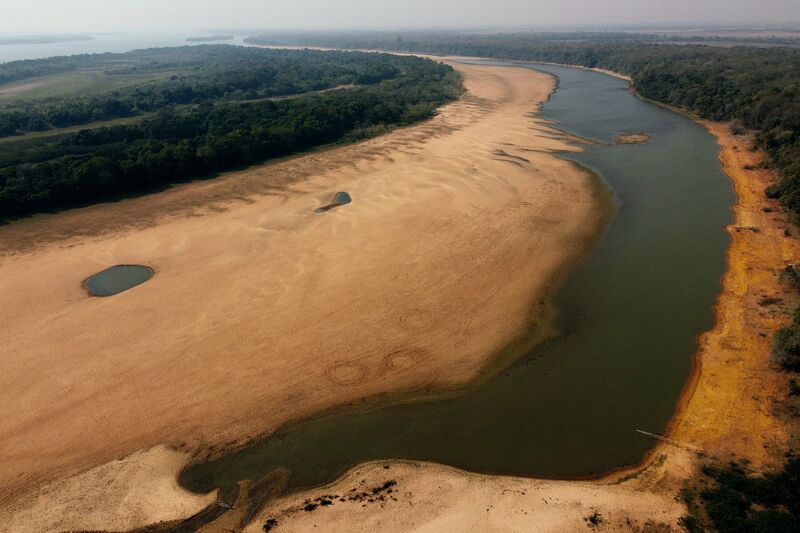 The spike has forced some fertilizer producers in Europe to reduce output, with more expected to follow, threatening to increase costs for farmers and potentially adding to global food inflation. In the U.K., high energy prices and price caps have forced several suppliers out of business – worsening the problem.  In China, industrial users including makers of ceramics, glass, and cement may respond by raising prices; households in Brazil will face expensive power bills. Economies that can’t afford the fuel, such as Pakistan or Bangladesh, could simply grind to a halt.

The image here is Brazil’s Parana River which non-existant Global Warming had reduced to a trickle, making their hydroelectric dams useless for power generation.  Again – infrastructure projects that can’t quickly be replaced.  The prospect of accelerating energy costs, in conjunction with squeezed supply chains and food prices at decade highs, could make more central bankers question whether the jump in inflation is as transitory as they’d hoped.

But hey – record high markets so who cares, right? 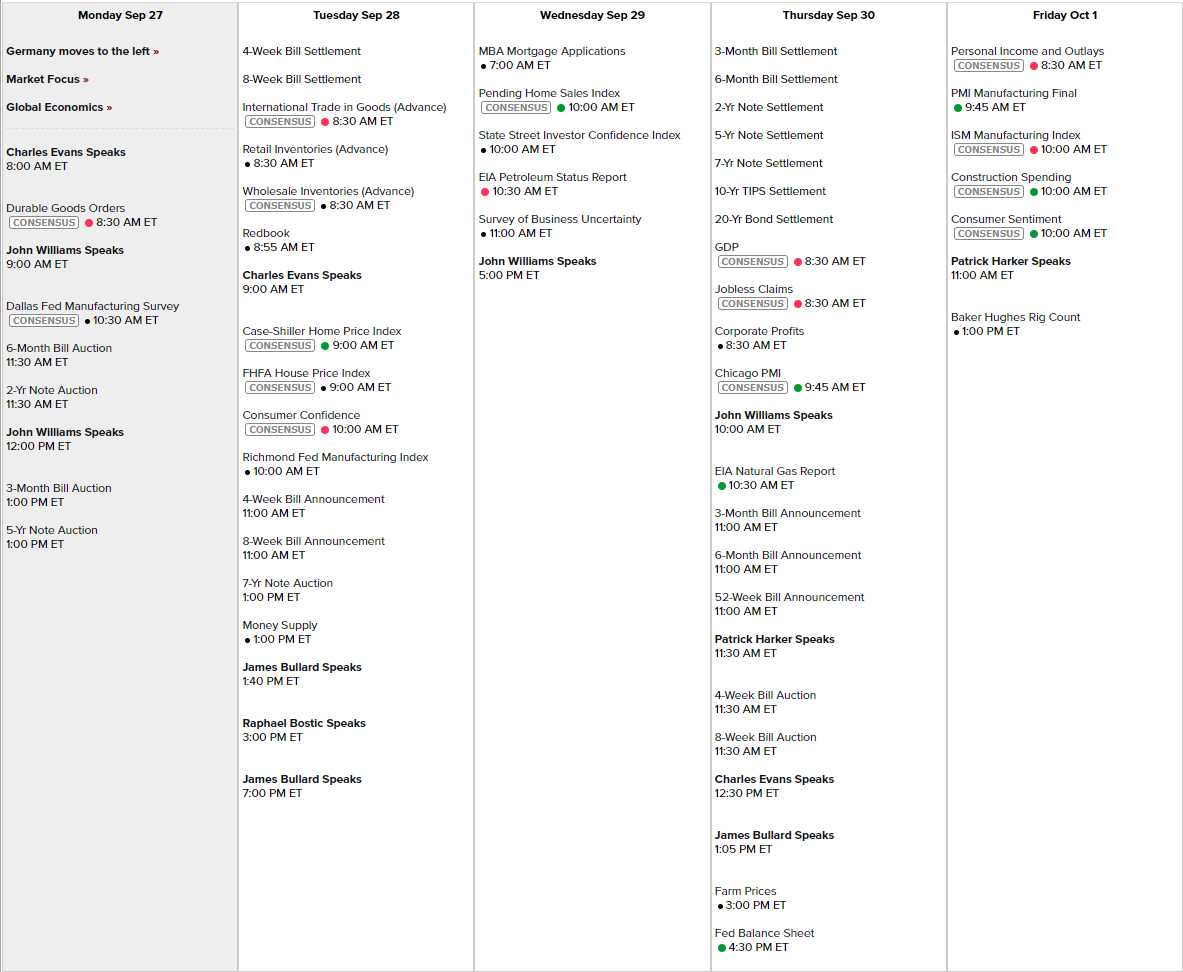