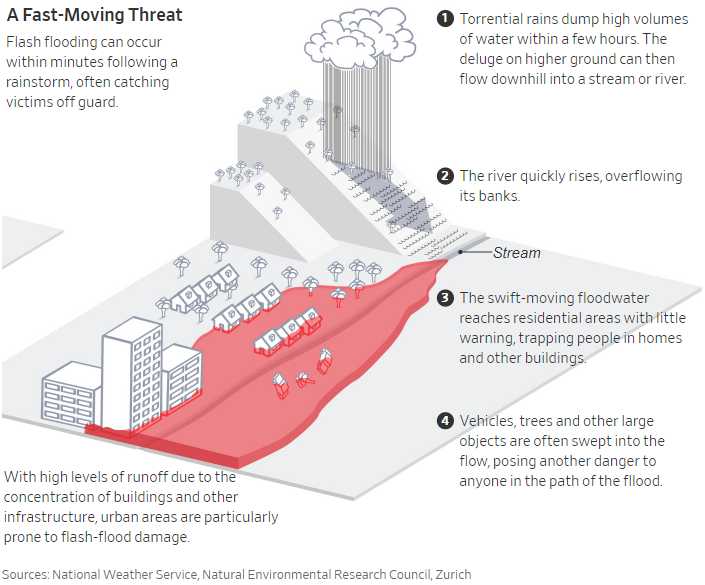 This is a nice graphic.

I like it when I find an image that really simplifies something and shows you exactly how something complex works.  Of course we kind of know this but seeing it laid out like this really sticks and makes all the other images and stories easier to digest – it’s like a good investment that keeps paying off.

What this really means is the tax cuts did not pay for themselves, did they?  For that to happen, the extra $1Tn a year of deficit spending we’ve endured to make the rich (like Trump) much, much richer should have resulted in a $3Tn boost to GDP which would have generated $1Tn in taxes.  Of course that wouldn’t really work because, as we know, almost all of the gains go to the Top 1% and they effectively pay only 18% in taxes while Top 1% Corporations pay more like 8% so the GDP would have had to have gone up more like $6.5Tn for those tax cuts to pay for themselves.

So that is gaping wound #1 in our economy – we don’t collect enough tax revenues to pay for our spending.  Gaping wound #2 is, of course, Covid and we spent $4Tn last year fighting that economic disaster (not the so much the disease, just the economic impact was fought) and the Fed spent another $4Tn of our money making sure no bank was harmed by the virus as well.

Gaping wound #3 is the continuing virus issues as well as the damage that has been done to the economy.  We have parts shortages and labor shortages and, because we bailed everyone out to keep the economy strong – we have skyrocketing inflation as the same money is chasing less parts and labor – see how that all connects? 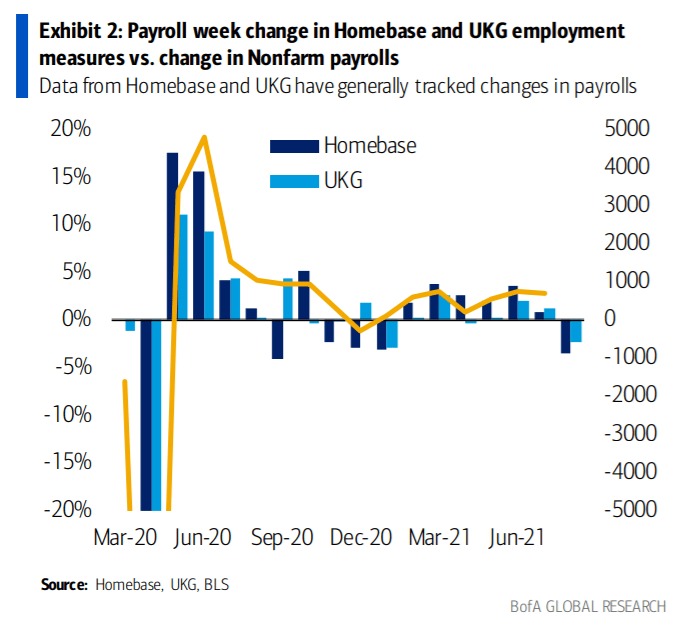 Wound #3 is gaping away this morning with Non-Farm Payrolls for August coming in at just 235,000 – miles below the 750,000 expected by Leading Economorons but pretty much just where we, at PSW, expected them to be.  The market is SHOCKED that jobs numbers were not more robust and indexes are moving sharply lower at the initial report BUT this is likely to leave the Fed on the table with their $120Bn a month in stimulus — so we’ll see what happens.

Adding insult to economic injury is the 0.6% rise in wages in August and that is only 100% higher than the estimates of our esteemed Economorons vs the 200% miss in jobs numbers.   A stagnant economy that is not producing more jobs coupled with rising inflation is called Stagflation – and it’s a very bad thing.

Oil is still at $70.35 for some reason and we shorted it yesterday at $70.20 so so far, so wrong but it’s a conviction play and we’re happy to double down if oil goes higher.  This economy is nowhere near as hot as we’ve been told and we’ve had fun, Fun, FUN until Congress took our stimulus away but now what?

Morgan Stanley yesterday cut their Q3 GDP forecast from 6.5% to 2.9% – another 100% miss from the prognosticators.  Consumption is forecast to come in at an anemic 0.3% vs the promised 2.9% that has been propelling the markets higher and even the ever-optimistic Atlanta Fed has lowered their GDPNow forecast from 5.4% to 3.7%.  Notice the RIDICULOUSLY unrealistic range of 8.7% by private forecasters and that is only the AVERAGE – some of these guys are over 10% growth projections in their Fantasy Land outlooks.

Alaska Airlines (ALK) got a shot of reality this morning as they cut Q3 guidance, citing worsening booking trends as COVID-19 cases rise once again in the six weeks since its last guidance was released.  The airline now expects up to $50M in cash flow from operations, in the lower end of its previous guidance of up to $100M as forward bookings slow down rapidly.

We will keep our eyes open as companies begin to capitulate ahead of earnings shocks as certainly A LOT has changed since Q2 earnings were announced and guidance was given.  As I said during our portfolio reviews two weeks ago – traders are generally oblivious to changes until they get slapped in the face with them and that’s why we took advantage of the situation and sold them our overpriced positions while it was easy to do so.

It’s still pretty easy to sell your holdings at the top of the market and we’re about 80% in CASH!!! in our Member Portfolios and, if you are less than 50% in cash – I strongly suggest you rethink those positions.  GDP forecasts don’t usually get knocked down 50% in a week – especially while, simultaneously, the pundits are raising the expectations for the masses.

Something has to give.