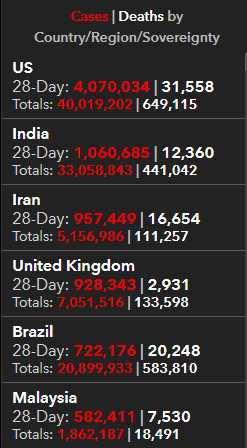 That’s how many Americans have gotten Covid-19 in the past 28 days.  Aside from being 1.3% of our population in less than a month, it’s even more impressive when you compare it to India, which has 4 times the number of people we do and just 1/4 the number of cases – and India is considered a Global catastrophe!  How do we do it?  How do we manage to ignore this crisis?

Are we bored with it?  Is it just background noise now?  This week, the rest of the kids will be going back to school and we already know school openings led to a massive surge in infections in the South – so we’re going ahead and opening them in the North as well.  Clearly the Government has decided that we’re all going to get infected anyway and they’ve just thrown up their hands (in the air like they just don’t care) at this point.

On the bright side, only a little over 1,000 people a day are actually dying of Covid – so there’s no sense in dwelling on it, is there?

Unfortunately it’s a slow data week, so there won’t be much else to focus on.  We’re scraping the bottom of the barrel on earnings reports and the most exciting bit of Economic Data we have coming out this week is the Beige Book tomorrow.  Loretta Mester is spaking for the Fed on Friday morning but nothing else is even scheduled so we are pretty much on our in in what’s bound to be a very low-volume trading week. 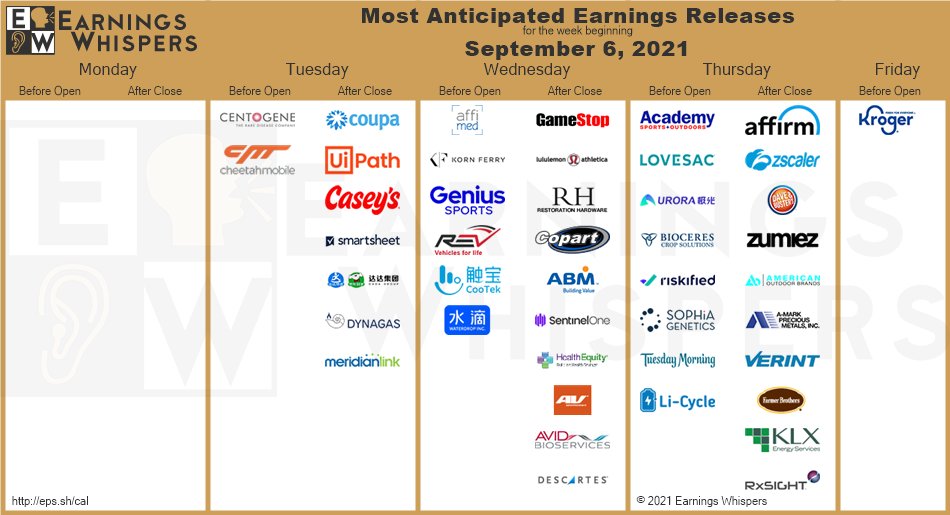 In more exciting news, today is the day that Fiat Currency dies as El Salvador officially maks BitCoin its National Currency.  The tiny and impoverished Central American nation became the first country in the world to adopt bitcoin as legal tender on Tuesday, allowing Salvadorans to use the cryptocurrency to buy a cup of coffee, get a haircut or even pay taxes and home loans.  The government is rolling out a network of 200 bitcoin ATMs and building a chain of stylish, Chivo (wallet)-brand kiosks with staff who will introduce consumers to bitcoin at plazas around the country.

The stakes are high for an indebted country of 6.5 million. Economists say that bitcoin’s sharp fluctuations risk denting tax revenue and foreign currency reserves of a government that has neither the policy tools nor the financial firepower to contain a speculative attack.  “The government is betting more than $200 million in a virtual casino, and that’s taxpayer money,” said Ricardo Castañeda, senior economist at the Central American Institute for Fiscal Studies, a think tank.

If things go well in El Salvadore, however, it may lead other countries to start adapting Bitcoin and that, in turn, could destabilize Fiat Currencies and lead to their downfall – wouldn’t that be fun to watch?!?

Speaking of Fiats: The European Central Bank will decide this week if it should dare to dial down emergency stimulus while the pandemic still menaces the euro-zone economy.  Elsewhere, at least eight other central banks globally are due to deliver monetary decisions, including Australia and Canada. While most are likely to keep their stance unchanged, Russia and Ukraine could deliver interest-rate increases. 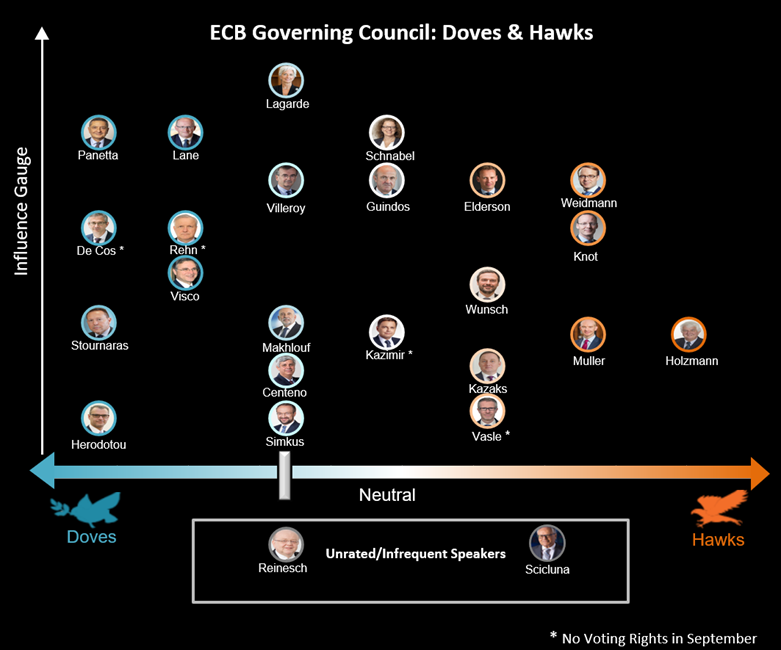 Unlike our Fed, the ECB has very tight inflation targets and are more likely to take action to keep inflation closer to 2%, meanwhile, in Central and South America, inflation is miles over their targets and there is growing pressure to do something about it (Bitcoin maybe?) before those countries go back to the heavy inflation that caused the crisis that led to Donald Trump demanding a wall to keep economically displaced people from fleeing north to the US.

In the US, we pretend there isn’t very much inflation – that way we don’t have to do anything about it – like Corona!