Revisiting this chart again with all the “possible” FP’s on it we that it went a little higher then when I did the first chart back on December 26th, 2021, but it has finally rolled over and started the move down to the 441.65 “possible” FP level.

My thinking here is that it will hit that area around the 26th of this month where the next FOMC is at and a likely turning point.

After that low I think we rally up into mid-March for the “possible” FP of 496.36, (roughly 4982 SPX) and that should be the top in my opinion. Next would be the decline into June/July for the “possible” FP of 298.21 to put in the low. I’m not really sure if any of the “possible” FP’s are real or not but on the SPX the current 50% retrace level from the March 2020 lows is around 3500, which really is more likely from an Elliottwave “typical” pullback for what I think will be an Extra Large Wave 2 down with the entire rally up that 2020 low being the Extra Large Wave 1 up.

I still think this all ends around the typical “presidential cycle” period of 2023/24. But if instead I’m wrong on the move up from the 2020 low being an ELW1 and it’s the ending ELW5 from a decade or more bull market then it’s possible that we put in the actual bottom into the 2023/24 period. 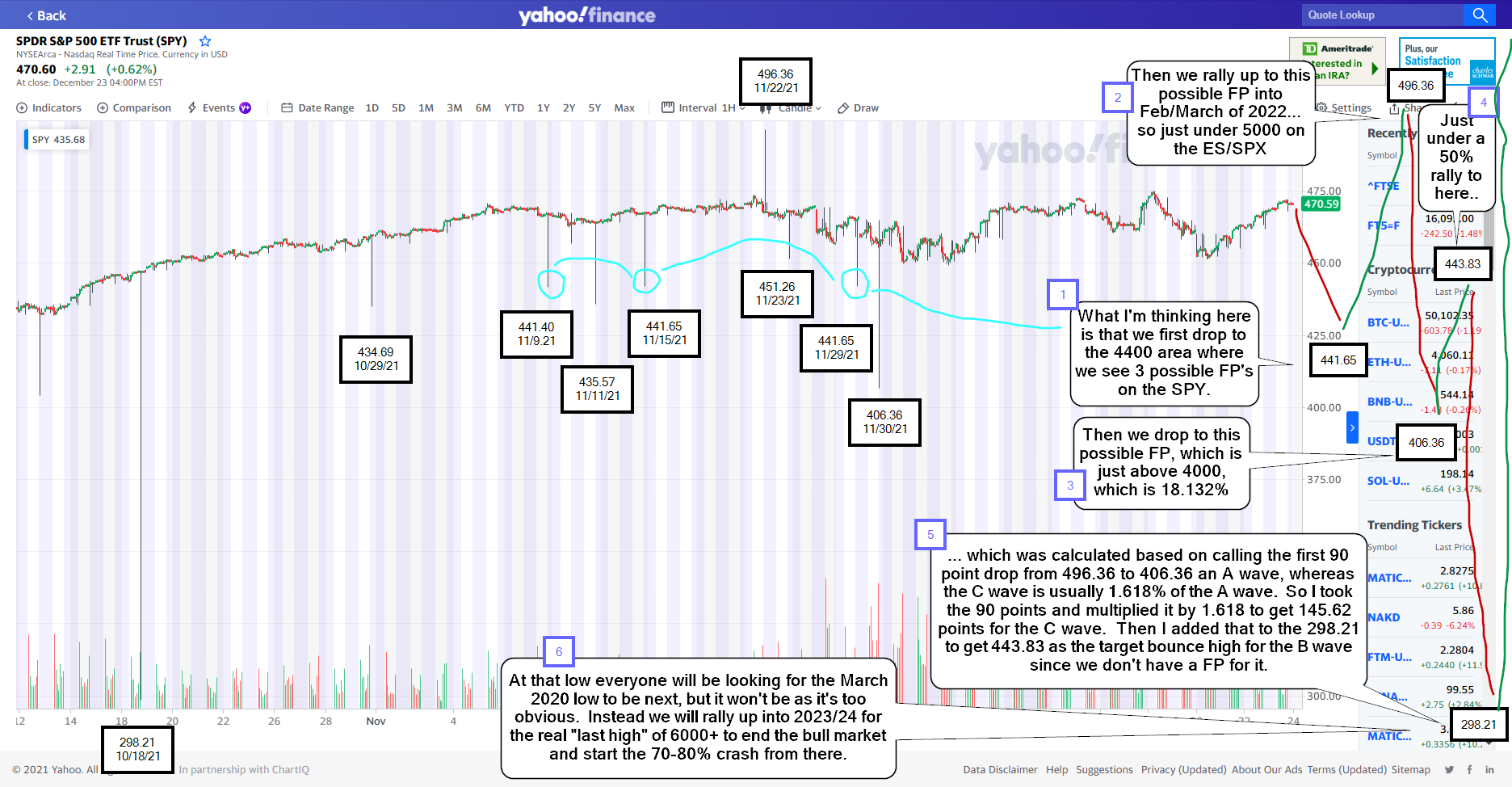 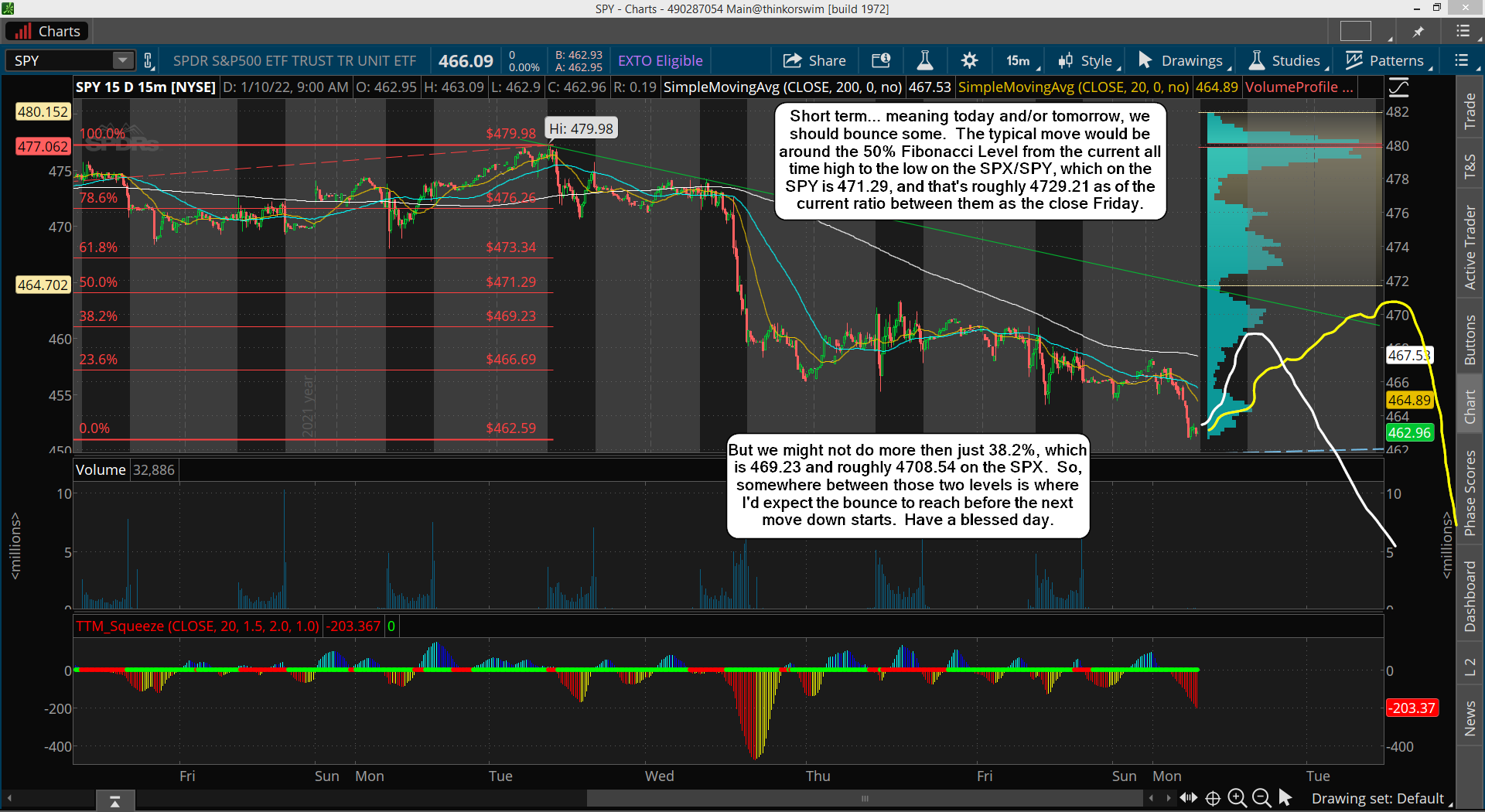 Short term… meaning today and/or tomorrow, we should bounce some.  The typical move would be around the 50% Fibonacci Level from the current all time high to the low on the SPX/SPY, which on the SPY is 471.29, and that’s roughly 4729.21 as of the current ratio between them as the close Friday.

But we might not do more then just 38.2%, which is 469.23 and roughly 4708.54 on the SPX.  So, somewhere between those two levels is where I’d expect the bounce to reach before the next move down starts.  Have a blessed day.