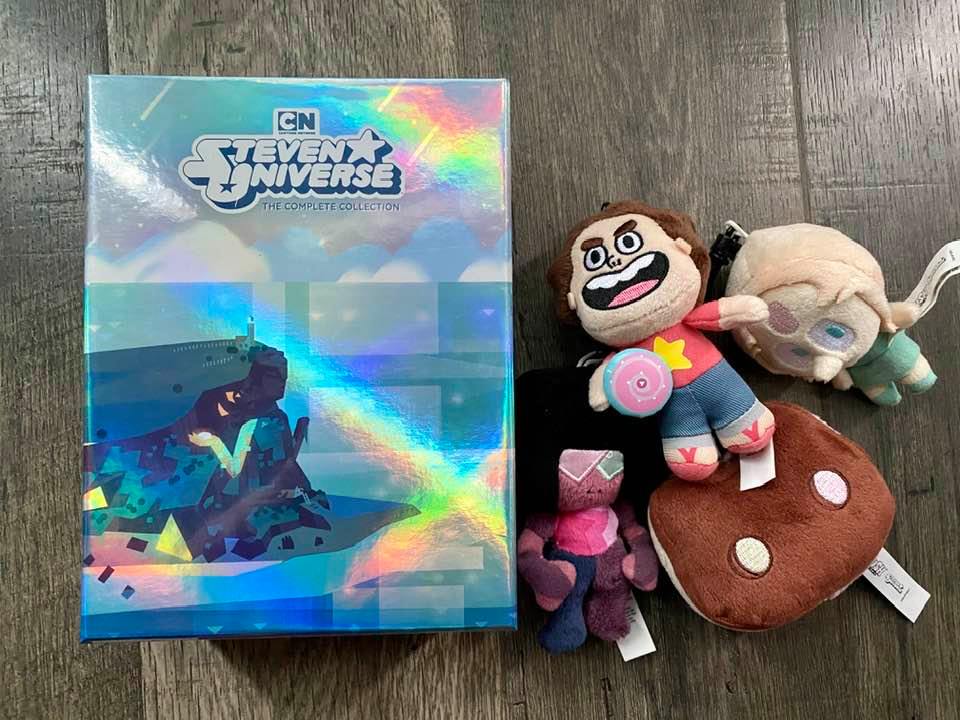 ***Disclosure: I received samples to facilitate my post. All opinions are 100% honest and have not been influenced in any way.***

Grab your popcorn and get ready to sing your hearts out as Warner Bros. Home Entertainment brings Cartoon Network’s award-winning series into your homes with the release of Steven Universe: The Complete Collection on DVD December 8, 2020.

Yep. All of it. That made my Crystal Gem obsessed kiddos SO HAPPY! They can own every bit of Steven Universe ever to have existed. Trust me, this is a big deal!

Cartoon Network’s six-time Emmy-nominated Steven Universe revolves around Steven, the “little brother” to a team of magical aliens—the Crystal Gems—who defend the planet Earth. Steven is the son of the Crystal Gems’ late leader Rose Quartz and aging aspiring rockstar Mr. Universe. Steven belongs everywhere and nowhere: he has inherited his mother’s Gem and her magical powers, but also his father’s humanity and charm. The show is a slice-of-life action comedy that follows Steven as he attempts to bridge the gap between the sci-fi fantasy world of Gems and the cozy, funny, simple-yet-extraordinarily-complicated world of human beings. Steven Universe is created by Emmy and Annie Award-nominated writer and New York Times bestselling author Rebecca Sugar, and produced by Cartoon Network Studios. 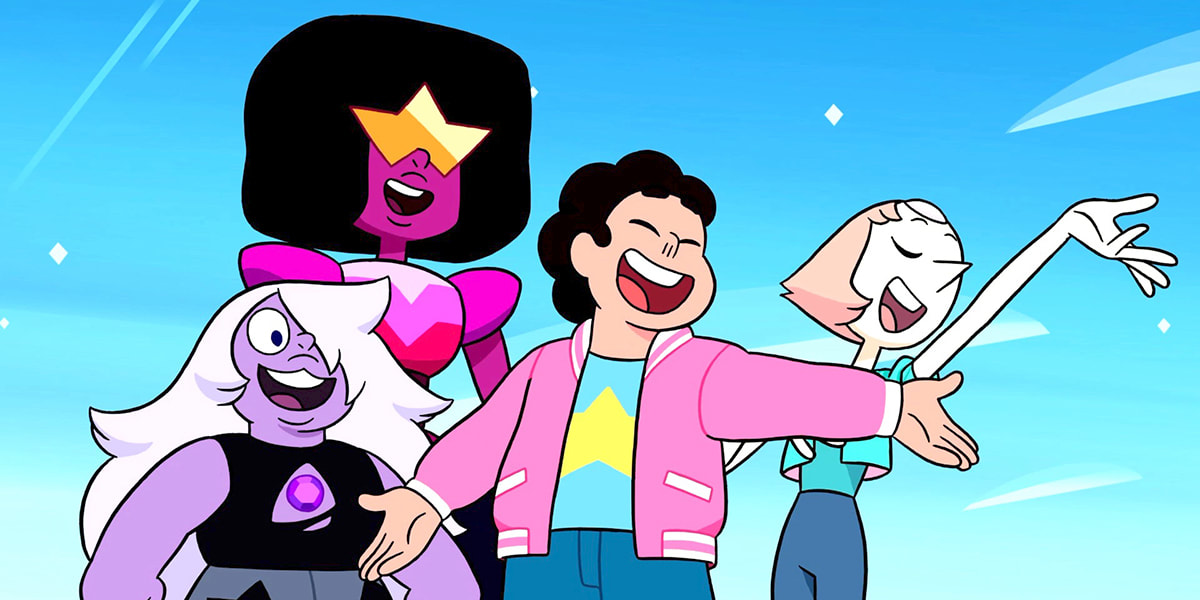 “Steven Universe has brought the world together in so many ways,” said Mary Ellen Thomas, WBHE Senior Vice President, Originals, Animation & Family Marketing.  “From its epic storylines, to the incredible music, and the characters who will forever live in our hearts –  we will always ‘Believe in Steven’ – and we believe this collection is a must-own set for our global fanbase, as well as the whole family to enjoy.”

Steven Universe has received numerous awards including “Outstanding Kids & Family Programming,” at the 30th annual GLAAD Media Awards in March 2019 as well as the 78th Annual Peabody Award in the Children’s & Youth category in April 2019, which highlighted the series’ themes of inclusion, love and acceptance. 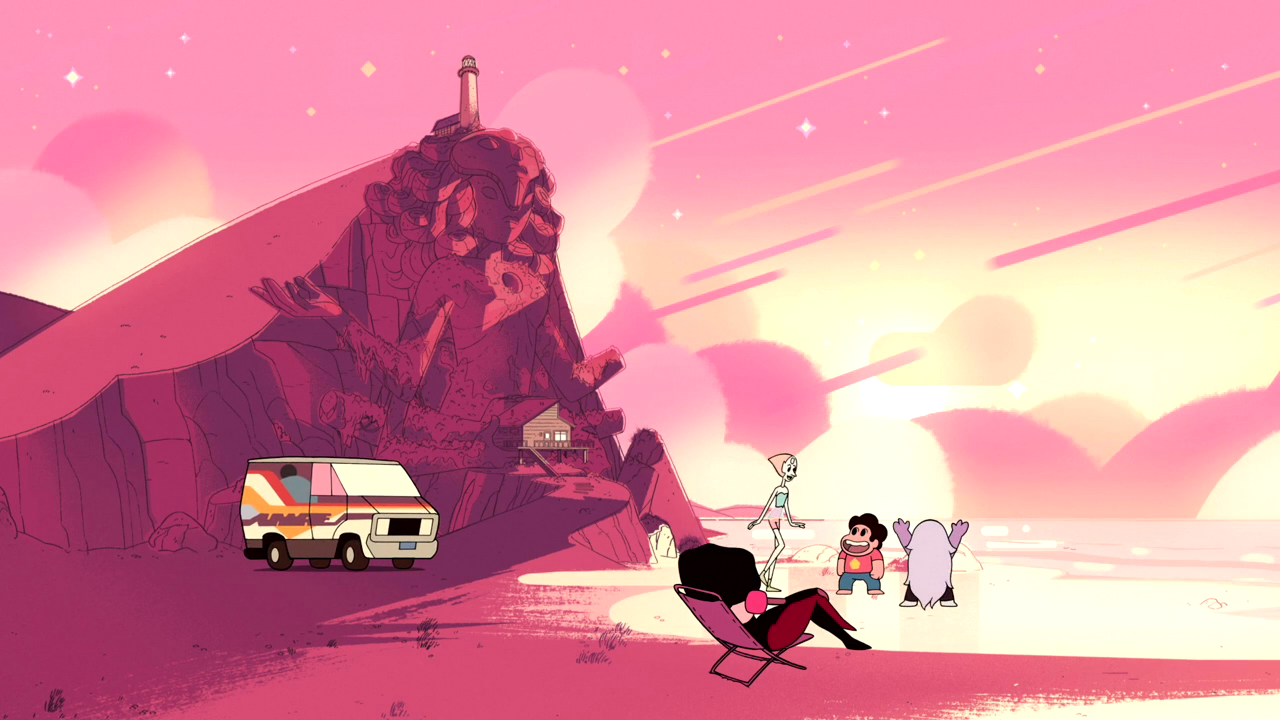 ​OUR THOUGHTS :
First, let me say that all 3 of my kids are absolutely, positively obsessed with this series. In fact, this series actually helped my 20 year old immensely as he faced bullying, depression, and self-doubt due to his sexual orientation. While we’ve never cared who he loves, the world isn’t always as kind, and kids can be mean. Steven Universe and the Crystal Gems helped him realize his own worth, and helped hold him up during a very difficult time in his life.

My younger kids also love this show, and we love it, too. As parents, it’s important to us that our kids value things like diversity, and always act fairly and inclusively. Steven Universe supports these very values, and in a fun, magical way.

This set is incredible, and would make the perfect gift this Holiday season. It literally includes every single bit of Steven Universe ever made, and even a lot of fun, exclusive extras. My kids are thrilled to own their favorite series on DVD, and it’s definitely a great item for enthusiasts and collectors alike.

Be sure to pick up your own copy on December 8th!

GKYAC’s mission is to be the premiere global provider of kids, family, young adults, and classics content and brands. The group’s programming supplies unique and compelling content for HBO MAX, WarnerMedia’s direct-to-consumer platform. Uniting these award-winning networks and innovative brands helps maximize opportunities and growth potential, both as standalone businesses and as content generators, to drive and support its franchises, cross-studio initiatives as well as ratings.

Warner Bros. GKYAC’s content is currently distributed in 192 countries around the world and the division’s networks are in 500 million homes, delivered through more than 65 channels in 31 languages.

About Cartoon Network Studios
Established in 2000, Cartoon Network Studios (CNS) is a global animation and interactive studio recognized for its innovative approaches to IP development and world-building. Fostering a creator-driven environment, CNS is home to hundreds of visual artists who have been a part of the studio’s many critically acclaimed and groundbreaking animated series including Adventure Time, Ben 10,Craig of the Creek, Steven Universe, The Powerpuff Girls, and Victor and Valentino. CNS has also produced notable Adult Swim hits such as Primal, Samurai Jack, and Harvey Birdman, Attorney at Law. CNS has been honored with multiple awards and accolades including: Emmy, Peabody, GLAAD and Annie Awards. Internationally, the studio also garnered the BAFTA, Italy’s prestigious Pulcinella Award and Annecy Festival’s Cristal Award. Currently, CNS houses a VR lab, and produces an array of interactive formats and products for youth and young adult audiences around the world. As part of its ongoing efforts to discover unique and promising voices everywhere, the studio has a robust global Artist Program and has numerous partnerships, including Exceptional Minds, Black Women Animate and California Institute of the Arts.

Loading...
"Not by might, nor by power, but by my spirit, saith the Lord of hosts." Zechariah 4:6
BEFORE IT'S NEWS ON TELEGRAM
GET THE TELEGRAM APP - https://telegram.org/ JOIN OUR CHANNEL - https://t.me/BeforeitsNews
Read it..
BEFORE IT'S NEWS
SIGN UP FOR OUR NEWSLETTER
Today's Top Stories
X22Report: Military Control, 11.3 Verifies as 1st Marker, the End Won’t Be for Everyone! - Must Video
"The Military Is In Control"! Inauguration Was Pre-Recorded! Trump To Be Sworn In March 4! - Charlie Ward & Simon Parkes Must Video
Situation Update, Jan 21, 2021 - The Astonishing Case For Optimism & Faith! - Mike Adams Must Video
Simon Parkes January 21st Update Current News (Video)
Simon Parkes, Charlie Ward, David Nino Rodriguez & Tiana Islam
Kushner Destroyed Trump's Plan
Restored Republic via a GCR: Update as of Jan. 21, 202
Biden In The "Oval Office", New Parking Lot In The Background, and LOL Trump Walks By In Both Windows
Lin Wood New Article! Full Marshall Report January 21st
Lin Wood Takes To Twitter - Latest Posts
Loading...
Featured
WTH! MSM Silent On This Horrific Thing That Happened At the Inauguration
Robert David Steele: Martin Geddes on Future of the Internet - Web 3.0 & Human Web! - Great Video
US National Intelligence Confirms China Behind Election Fraud & Fake Pandemic! - Must Video
Antifa Wreak Havoc On Seattle & Portland After Biden’s Inaguration
Mike Adams: "Those Totalitarian Measures Will Sooner Or Later Fail! We May Suffer For A While, But We Will Defeat Tyranny In Due Course"! +Video
A Must Watch! Desensitizing Americans To Stand Down In The Face Of The Threat! via Bradlee Dean
Insurrection, Inauguration, the Q Psyop and Vaccination - Dollar_Vigilante
Monkey Werx: It's Been A While! Final Curtain? Overwatch 1 20 20 SITREP
Lin Wood New Article! Full Marshall Report January 21st
Robert David Steele: Jan 21, 2021 Nicholas Veniamin On USA Presidential Transition! - Must See Video
Loading...
Top Global
US National Intelligence Confirms China Behind Election Fraud & Fake Pandemic! - Must Video
What Will Biden’s Policies Be Towards China, India and North Korea?
Washington Sends Military Ship to Patrol South American Coast
Americans Need to be Made Aware of What the Flags Represent at the Illegitimate Inauguration Ceremony.
Peter Schiff: We're About to Suffer Worse Than I Thought
The Collapse Will Be Local: Former Military Intelligence, Special Forces Veterans Explain Why Your Proximity to Left-Wing Cities May Determine Your Fate
Our Choice Now: Freedom or Global Tyranny!
Warning: USA Collapse Will Be Far Worse Than You Think - Get Far Away From USA - Its Collapse Will Be Messy
America Enters Geriatric Interlude Blinded To What Happens Next — Economic Conditions Rapidly Deteriorating All Over The US
Halfway through this winter of Covid, overall mortality is around normal for this time of year. Something doesn’t add up
Loading...
Top Alternative
Joe Biden Signs 10 COVID-19 Executive Orders
A Must Watch! Desensitizing Americans To Stand Down In The Face Of The Threat! via Bradlee Dean
President Biden’s Inaugural Agenda for National Crisis, Explained
Media Starts Praising Biden Like He's A Saint, This Is Some Creepy North Korea Like Propaganda! - Timcast Must Video
Mother Jones: The Apprentice
Biden "Enhanced Security" By Allowing Terrorists Entry Into USA! - Must See Video
Will the United States Ever Be 'United' Again?
Trump’s Miracle: How He Incited a Riot That Was Already Planned
America’s Social Credit System
Cult: Government Is Now The New Religion?