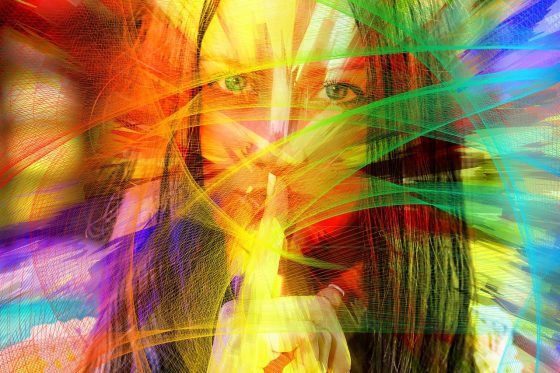 It is quite ironic that many of those that are always telling us that we need “diversity” in our society are also some of the strongest voices against a “diversity of viewpoints” on social media.  The founders of this nation wanted to make sure that nobody would ever take the right to freedom of speech away from us, and that is why it was enshrined in the Bill of Rights.  Unfortunately, courts have greatly eroded that right over the last several decades, and now we are facing an all-out assault on freedom of speech that is unlike anything that we have ever seen before.  And once freedom of speech is completely gone, all of our other rights will soon follow, because there will no longer be any way to defend them.

When the United States was established, government was really the only major threat to free speech.  In early America, corporations were severely limited in size and scope, and that is because our founders were determined not to let them get too big or too powerful.

Our founders knew that enormous concentrations of money and power would be great threats to freedom, and that has definitely turned out to be the case.

In the old days, if you wanted to express yourself you could grab a soapbox and head down to a local street corner.  The reason why we use the term “marketplace of ideas” today is because people literally used to gather in marketplaces and town squares and exchange ideas with one another.

In our time, the Internet has become the place where we all gather to exchange ideas, but unfortunately control of all of the most important gathering spaces is in the hands of a very small group of colossal tech corporations.

When Facebook, Twitter and others were first growing, they generally allowed people to say pretty much what they wanted to say, and information flowed pretty freely.

But censorship has escalated dramatically over the past four years, and it reached a crescendo the other day when Twitter announced that it would be permanently suspending President Trump’s account.

How would our founders feel about that?

Tech giants such as Facebook and Twitter now have more money than many entire countries do, and in many ways they also have the same level of power that many national governments possess.

Just think about this – President Trump could never take away your ability to express yourself, but Facebook and Twitter can.

Of course big corporations dominate just about every other aspect of our society as well.  These collectivist institutions have become extremely dangerous, and they are really starting to throw their weight around.

Until the power of the big corporations is addressed, we will never have a truly free society again.

Just like leftist governments, big corporations seek to gather as much money and as much power under a single umbrella as possible.

Sadly, it wasn’t just President Trump that got booted off Twitter in recent days.  Hordes of conservative accounts have been wiped out, and this has led many to use the word “purge” to describe what has been happening.

On my Twitter account, I have literally lost more than a thousand followers in just a few days.  Others have lost a lot more.

Many conservatives have been fleeing to Parler, but over the past several days the big tech giants teamed up to take that entire platform down…

“We are clearly being singled out,” Chief Policy Officer Amy Peikoff told “Fox & Friends Weekend” one day after Apple suspended Parler from its App Store even as it surged to the No. 1 spot in the free apps section earlier in the day.

I was absolutely stunned when I heard that had happened.

These people are not playing games.

For the moment, Gab.com is still up, and their traffic has surged more than 750 percent in just the last few days…

Gab.com, the free speech friendly social network, says traffic has increased by more than 750 percent in the past few days, following the blacklisting of President Donald Trump from most mainstream tech platforms.

“Our traffic is up 753% in the past 24 hours. Tens of millions of visits,” said Gab in response to a question about slow loading speeds.

But how long will it be before Gab is taken down as well?

What they want is complete and total domination.

Cancel culture is not good for our society.  If everyone with viewpoints that are not “politically correct” is eventually “canceled” we will have a society that looks a whole lot like communist China.

And I suppose that is precisely what a lot of people out there truly want.

It is not always easy to listen to viewpoints that you consider to be offensive.  Personally, I do not like most of what my fellow citizens are saying in 2021.

But in the United States we are not supposed to silence opposing viewpoints that we do not like.  Instead, we are supposed to strive for victory in the marketplace of ideas by showing that our viewpoints are better.

Unfortunately, the big tech companies have decided that millions of Americans should no longer be allowed to participate in the marketplace of ideas because their viewpoints are just too offensive.

Ironically, many of those that are doing the censoring have the most offensive and the most dangerous viewpoints of all.

Needless to say, if we stay on the path that we are currently on there is no future for America.

Without free speech, the system of government that our founders established simply won’t work.

What is the point of even having elections if we can only express one point of view?

In China, no dissent is allowed and one political party runs everything on a permanent basis.

America appears to be heading in the same direction, and there are millions of people in this country that are actually quite thrilled that this is happening.

The post Without Freedom Of Speech, What Is Going To Happen To America? first appeared on The Economic Collapse.