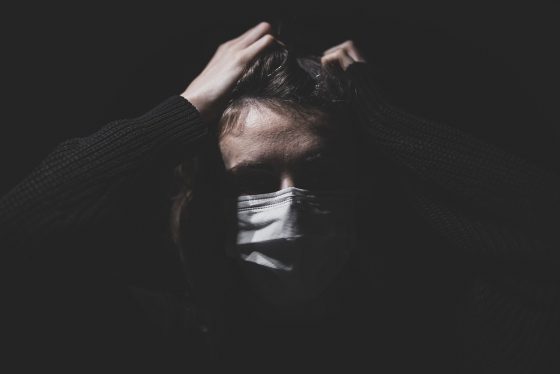 I never imagined that I would ever write an article containing the words “fear of Omicron”, but here we are.  As many have pointed out, “Omicron” sounds like the name of a really bad science fiction villain from the 1980s.  Global health authorities conveniently skipped over “Xi” in the Greek alphabet, and so now we have a very scary name for what is apparently a very mild variant.  Actually, there was a movie called “Omicron” that was released in 1963 that had an extremely bizarre plot.  In the movie, an alien takes over the body of a human “in order to learn about the planet so his race can take it over.”  Even more strange, a video game called “Omikron” was put out by Microsoft in 1999 that featured demons harvesting the souls of humans…

The emergence of the Omicron variant has led some nostalgic gamers to revisit Omikron: The Nomad Soul, a 1999 video game with plenty of alarming visuals that are ideal nightmare fuel. The game was initially released for Microsoft Windows and eventually became available on Dreamcast. It was developed by Quantic Dream in partnership with David Bowie and follows players as they try to save their own souls.

David voiced a character named Boz in the game, which also focused on players attempting to hunt down a serial killer, and featured demons that lure humans into Omikron. If a player loses in the game, their actual soul is said to be lost for all eternity. The game stands as the only time that the singer was ever featured in a video game, and now its connection to COVID has some reexamining it.

“Omicron” would certainly be a fitting name if this was the scariest COVID variant so far, but those on the ground in South Africa are telling us that all cases up to this point have been “mild”…

South Africa is seeing an increase in COVID-19 reinfections due to the Omicron variant but symptoms for reinfected patients and those infected after vaccination appear to be mild, a scientist studying the outbreak of the new strain said.

And the same thing is happening in Europe.  Of the 44 cases that have been confirmed so far, every single one of them has been “mild”…

The European Union has recorded at least 44 confirmed cases of the omicron variant in 11 countries, but so far all of those are asymptomatic or people with mild symptoms, according to the European Centre for Disease Prevention and Control.

So there is no need for all of the hysteria that we are witnessing.

Haven’t the last two years taught us anything?

Even before Omicron came along, needless restrictions were making it exceedingly difficult to transport goods around the planet in an efficient and timely manner.  As a result, we are now dealing with the worst supply chain crisis that any of us have ever experienced by a very wide margin.

If global leaders respond to Omicron by piling on even more needless restrictions, that is going to make the global supply chain crisis a whole lot worse.

Unfortunately, we are already starting to see politicians all over the world opt for the panic button.

For example, the U.S. has decided to completely ban travel from a number of African countries, and very strict new testing regulations for all inbound international air travelers will go into effect in just a few days…

All inbound international travelers will be required to test within one day of departure for the United States starting Monday.

All flights departing after 12:01 a.m. ET December 6 will abide by a new CDC testing order, per an administration official.

This new testing time frame will apply to everyone, “regardless of nationality or vaccination status,” the plan outlined on the White House website says.

Other nations are considering measures that are even more extreme.

Over in Israel, the “coronavirus czar” is saying that making vaccines mandatory for every single citizen should be an option…

Israel’s coronavirus czar Prof. Salman Zarka said Wednesday that Israel should consider making COVID vaccines compulsory, but stressed it was only his opinion and does not reflect any actual government policy.

“I think we need to examine all the options, including the option of mandating vaccination in the State of Israel,” Zarka told Radio 103FM in an interview.

The German government has gone even further.  According to Angela Merkel, a vaccine mandate for the entire country is likely to go into effect in February as long as it is approved by parliament…

“We have understood that the situation is very serious and that we want to take further measures in addition to those already taken,” Merkel told reporters at Thursday’s news conference. “The fourth wave must be broken and this has not yet been achieved,” she added.

A nationwide vaccination mandate could come into effect from February 2022 — after it is debated in parliament and following guidance from Germany’s Ethics Council, Merkel said.

Once Germany and a few other nations successfully implement mandates, it is only a matter of time before a lot of other countries start jumping on board.

On Thursday, the German government also announced a new strict lockdown for all unvaccinated individuals…

Germany on Thursday announced a nationwide lockdown for the unvaccinated, as its leaders backed plans for mandatory vaccinations in the coming months.

Unvaccinated people will be banned from accessing all but the most essential businesses, such as supermarkets and pharmacies, to curb the spread of coronavirus, outgoing Chancellor Angela Merkel and her successor, Olaf Scholz, announced Thursday, following crisis talks with regional leaders.

So now Germany has taken a very hard turn toward authoritarianism.  I believe that we have seen this story before.

Ultimately, I believe that we will eventually see vaccine mandates throughout much of Europe, and if that happens it will be truly, truly horrifying for those of us that still love freedom.

COVID has provided the perfect opportunity for politicians to start acting like tyrants, and what we are witnessing right now is setting the stage for the exceedingly dark times that are coming.

As it becomes obvious that Omicron is not a serious threat, hopefully governments around the globe will ease up on everyone for a while.

Because the damage that has already been done over the past couple of years has been incalculable, and a new wave of needless restrictions could easily push us over the precipice and into an abyss of misery.

The post Fear Of Omicron Could Absolutely Crush The Global Economy appeared first on The Economic Collapse.