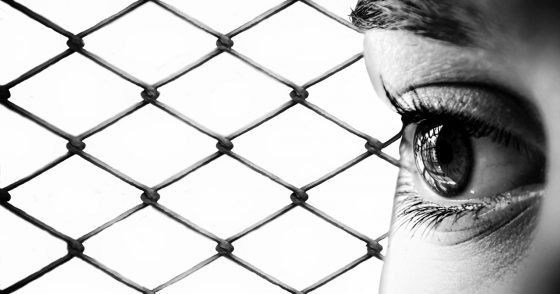 It is often said that history repeats itself, but usually it doesn’t happen quite so quickly.  If you are getting a sinking feeling because current events bear such a close resemblance to early 2020, you are definitely not alone.  All over the globe, the Omicron variant is causing a wave of tremendous fear that is unlike anything that we have seen since the first half of last year.  And based on the response so far, it appears that we haven’t learned much since then.  We are witnessing so many of the exact same patterns play out, and that could have very important implications for the year ahead of us.  Interestingly, many on social media are now reminding us that 2022 is pronounced “2020 too”, and that is certainly quite a depressing thought.

Do you remember all of those ominous projections that “the experts” were giving us back at the very start of the COVID pandemic?

Well, it is happening again.  Researchers at the University of Washington made headlines all over the world this week when they warned that there could be 140 million new COVID infections in the United States in January and February…

Researchers at the Institute for Health Metrics and Evaluation at the University of Washington’s School of Medicine revised its COVID-19 modeling to include updated information about the omicron variant.

They found the U.S. may see a total of about 140 million new infections from Jan. 1 to March 1, 2022, peaking in late-January at about 2.8 million new daily infections.

But of course we have seen similar projections before, and every time they were dead wrong.

And just like when the pandemic first began, New York City is the epicenter for this new wave of infections…

New York once again smashed COVID records on Wednesday, with the new Omicron variant blamed for an all-time high of 28,924 cases reported across the Empire State.

Gov. Kathy Hochul announced the numbers at a news conference Wednesday – the fifth day in the last six where New York has broken its prior COVID diagnosis records, and the sixth day in a row that there has been more than 20,000 cases across the state.

Doesn’t it seem odd that New York City just keeps setting new record after new record even though so many New Yorkers have been “fully vaccinated”?

In fact, it has been reported that a whopping 85 percent of all New York City residents have received at least one injection.

Is there someone out there that can explain to me what is going on?

Another parallel to the early days of the pandemic is that Bill Gates is starting to make lots of noise again.  He says that he has canceled most of his holiday plans because of Omicron, and he is warning that the “worst part of the pandemic” could be right in front of us…

Bill Gates said he called off his holiday plans as the omicron variant ushers in what he predicts could be the “worst part of the pandemic.” He also predicted, however, that the current surge in COVID-19 cases could be over within months, and the pandemic itself may end next year “if we take the right steps.”

“Just when it seemed like life would return to normal, we could be entering the worst part of the pandemic,” he tweeted on Tuesday. “Omicron will hit home for all of us. Close friends of mine now have it, and I’ve canceled most of my holiday plans.”

That is funny, because he originally told us that if we did everything that he was urging us to do that things would be much better by now.

But guys like him will never admit that they were wrong.

Thanks to all of the fear that is being generated, we are starting to see major sporting events being canceled just like we did in early 2020.  For example, the NHL has decided to “pause” their entire season…

The headlines on Monday night were stark, if unsurprising: The NHL was going to pause the 2021-22 season Wednesday, and resume after Christmas break, amid a spike in COVID-19 cases. This followed a flurry of team shutdowns that left a diminishing number of games on the schedule.

In the aftermath, we’re left with several questions: How will teams get “unpaused”? Will there be a change in protocols? How does this impact the Olympics and All-Star Weekend?

Texas A&M will not participate in the TaxSlayer Gator Bowl because of COVID-19 issues and season-ending injuries within the program, leaving Wake Forest without an opponent as officials try to find a replacement team, it was announced Wednesday.

“It is unfortunate, but we just don’t have enough scholarship players available to field a team,” Texas A&M coach Jimbo Fisher said.

If Omicron continues to spread rapidly, will there soon be a tsunami of cancellations such as we witnessed during the early portion of last year?

Let us hope not.

Initially, Americans were being told that life would “return to normal” once everyone got their shots.  But now health authorities are telling us that “boosters” are needed because immunity wanes “3 to 6 months” after the initial injections…

Breakthrough cases demonstrate how effective vaccines are and can also show how that protection changes over time. Immunity from initial vaccinations wanes 3 to 6 months later, health experts say, so boosters are crucial to fighting off the new variant.

If you keep complying, there is always going to be another injection for you to take for the rest of your life.

And for many of you, “the rest of your life” is going to be a whole lot shorter than you originally thought.

There is so much fear in the air right now, and it appears to be completely unnecessary.

In fact, a very large study just determined that Omicron appears to be much less dangerous than Delta is…

The real-world analysis, of more than 160,000 people, comes ahead of a similar UK Government report expected to show Britons are also less likely to be severely ill with the variant.

Omicron sufferers were also 70 percent less likely to be admitted to ICU or put on a ventilator compared to those with Delta, according to the study led by South Africa’s National Institute for Communicable Diseases (NICD).

But of course our leaders are not going to be swayed by real scientific studies such as this.

Instead, they are just going to keep smashing the panic button because that is what the “experts” are telling them to do.

A fresh round of restrictions, mandates and lockdowns would be absolutely devastating for the global economy, and it would certainly set the stage for so many of the things that I have been warning about.

Sadly, even though they have seen the damage that they have already caused, our politicians seem determined to create even more chaos.

Very dark times are now upon us, and I have a feeling that they are about to get even darker.

The post If All Of This Seems Familiar, That Is Because We Have Seen It All Before… appeared first on The Economic Collapse.