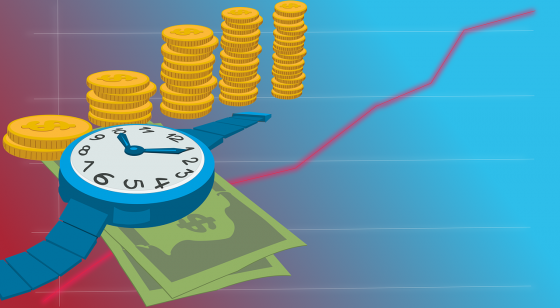 Most of the time, the vast majority of Americans simply do not care about economics.  And it pains me to say that, because I have been running a website about economics for more than a decade.  But it is true.  Under normal circumstances, most hard working Americans don’t have the time or the energy to debate the finer points of economic policy.  But now things have changed.  Here in 2022, our leaders have messed things up so badly that suddenly just about everyone is feeling the pain.  Most people just want economic conditions to “return to normal”, but that isn’t going to be so easy.

Over the past couple of years, the Federal Reserve has pumped trillions of fresh dollars into the financial system.

You just can’t “undo” that.

And our politicians in Washington have been on the biggest borrowing spree in all of human history.  I think that many of them truly believed that there would never be any serious consequences, but as Forbes has aptly noted, we “are now paying a heavy price for this magical thinking”…

Unfortunately, Americans are now paying a heavy price for this magical thinking. Inflation—spurred at least in part by record government spending and inaction on other issues—is running at its highest rate since 1982. The prices for meat and eggs are up 12.2% since last year. Furniture and bedding is up 17% and used cars and trucks are up 40.5%.

Meanwhile, the Treasury Department recently reported America’s total national debt is now over $30 trillion—the highest ever. To put this in context: If you stacked $30 trillion of $100 bills you could almost reach the weather satellites orbiting the earth at over 20,000 miles above us.

Today, we have absolutely gigantic mountains of money chasing a smaller pool of goods and services because of the pandemic.

As a result, the cost of living has been soaring into the stratosphere.

For example, one new study found that 82.2 percent of new vehicle buyers actually paid above sticker price during the month of January…

A study from the online marketplace found that 82.2% of new car buyers paid over the manufacturer’s suggested retail price (MSRP) in January, up from .3% in January 2020, before the coronavirus pandemic started affecting the industry

In my entire lifetime, I have never seen anything like this.

Years ago, I remember spending hours hammering a salesman until I was totally satisfied that the dealership would not knock off a single penny more from the price of a used vehicle that I wanted.

But now things have completely changed.

Today, just about everyone is paying above MSRP.

Of course it is becoming more expensive to fuel our vehicles as well.  On Wednesday, the average price of a gallon of gasoline in California hit a brand new record high…

Gas in California hit a record high of $4.72 a gallon on average on Wednesday — and experts say a whopping $5 a gallon will likely be the norm there in a matter of months, if not sooner.

Sadly, five dollar gas is only just the beginning.

In fact, one expert that was interviewed by Yahoo Finance has actually raised the specter of seven dollar gas…

Drivers best start bracing for another surge in gas prices amid the conflict between Russia and Ukraine and years of under-investment by the oil industry, warns one veteran energy strategist.

Can you imagine paying seven dollars for a gallon of gasoline?

That definitely seems crazy to me.

But soon it will happen.

Housing prices continue to surge as well.  In fact, we are being told that a recent spike in lumber prices has increased the average price of a new home by nearly $19,000…

Volatile lumber prices have caused the average price of a new single-family home to increase by $18,600, according to a new statistic from the NAHB.

Heating our homes is becoming a lot more painful too.  According to the Heartland Institute, the average American family saw their heating and cooling costs jump “by as much as $1,000” last year…

A new analysis by the Heartland Institute reports the typical American family’s home heating and cooling costs increased by as much as $1,000 in 2021 as a result of President Joe Biden’s energy and environmental policies.

Needless to say, most Americans were not prepared for a dramatic shift in the cost of living such as this.

At this point, 70 percent of Americans are living paycheck to paycheck.

So how are people making ends meet?  Well, we just found out that credit card debt rose at the fastest pace ever seen during the fourth quarter of 2021…

Americans have been swiping their credit cards at record speed in the last few months, as rising inflation eats into the savings people accumulated during the pandemic.

The total US household debt hit $15.8 trillion in the fourth quarter of 2021, the New York Fed reported this week, seeing an increase of $333 billion from the previous quarter. Credit card balances alone hit $860 billion, up $52 billion in that same timeframe. That’s the largest quarterly increase the Fed has seen in the 22 years it’s been collecting data, the researchers say, adding that the surge in debt overall was driven by home and car purchases.

The middle class is being systematically destroyed, and it is happening right in front of our eyes.

And the truth is that we can see evidence of this all around us.  For example, just check out this footage that one man recently took of his neighborhood in Los Angeles.

People have just given up. pic.twitter.com/C0LA0jd2tn

Our major cities are becoming exactly what I warned they would become.

Once upon a time, the U.S. had the largest and most prosperous middle class that the world had ever seen.

But now that middle class is being absolutely eviscerated, and it is our own leaders that have done this to us.

With each passing day, more Americans are waking up and understanding what has happened, and anger is growing all over the nation.

Most Americans had assumed that there would be endless prosperity for many decades to come, but now it is becoming clear that the years ahead are going to be very, very ugly.

The post The Cost Of Living In The United States Is Rising To Absolutely Absurd Levels appeared first on The Economic Collapse.