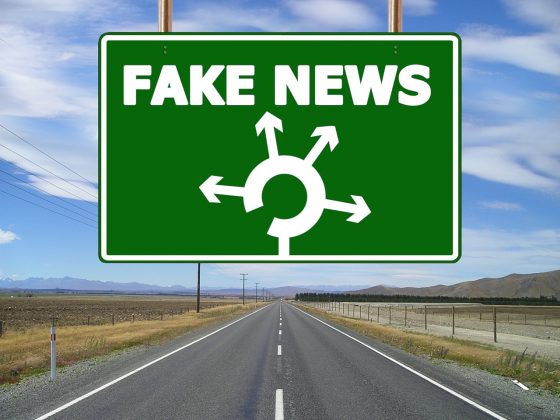 The lack of critical thinking that we see in the world of journalism today is absolutely frightening.  Way too often, the mainstream media simply takes the information that it is being fed and packages it as “truth” for an unsuspecting public.  And since the general public does so little critical thinking at this point, most of the time the misinformation that is being foisted upon us goes virtually unchallenged.  That is one of the reasons why my articles have become so popular over the years.  I am not afraid to challenge the official narratives, and I encourage my readers to think for themselves and to come to their own conclusions.

There is so much misinformation that I could discuss, but in this article I am going to focus on some of the recent economic lies that we have been told.

The U.S. job market came through January in much better shape than expected despite a winter wave of coronavirus infections.

Employers added 467,000 jobs last month, according to a new tally from the Labor Department, far outpacing even the most optimistic forecasts. The gains came despite a surge in COVID-19 cases tied to the omicron variant.

That is where “seasonal adjustments” come in, and as one expert quoted by Zero Hedge noted, “there has never been a January Seasonal Adjustment of this magnitude”…

At this point the answer what is behind the massive January beat should be becoming clear: how did a -2.8 million actual drop in jobs translate into an adjusted 467K? If you said seasonal, covid and population control adjustments, you are right. And to be sure, this is something both we and others flagged, when we lamented that month after month, the BLS appeared to be using stale seasonal adjustments.

But digging deeper shows that this was not just an ordinary seasonal adjustment.

As SouthBay Research notes in his NFP postmortem, “there has never been a January Seasonal Adjustment of this magnitude”

In other words, what we just witnessed was “the mother of all seasonal adjustments”, and the end result was definitely welcomed by the Biden administration.

But anyone that actually believes that the U.S. economy magically added 467,000 jobs last month is not dealing with reality.

Meanwhile, we are getting a cold, hard reality check when it comes to our ongoing supply chain crisis.

The Biden administration assured us that 2022 would be different.  We were told that they were on top of this crisis and that they were taking emergency measures to make things better.  Theoretically, once we got past the challenging period of the holiday season economic demand would drop and congestion throughout our supply chains would ease.

But that hasn’t happened.

Instead, we continue to get indications that things are getting even worse.

On Friday, Ford announced that it would “temporarily halt or scale back” production at eight facilities in North America because of a lack of computer chips…

Difficulties in obtaining semiconductor chips will prompt Ford Motor to temporarily halt or scale back auto production at eight plants in North America, the company said Friday, according to reports.

The announcement by the major U.S. automaker – set to take effect next week — continued a series of supply-chain setbacks that have affected the nation’s economy in recent months.

That is really bad news.

Does this mean that we are facing yet another year of insanely high vehicle prices?

During a call with reporters on Friday, U.S. Commerce Secretary Gina Raimondo actually admitted that there isn’t going to be any quick fix for the chip shortage…

U.S. Commerce Secretary Gina Raimondo warned during a call with reporters on Friday that there will be no quick fix to resolve the semiconductor shortage contributing to supply chain disruptions causing a ripple effect across the economy.

“We didn’t get in this mess overnight, and we’re not going to get out overnight. This has been a problem decades in the making,” she explained. “There has been a slow deterioration of our manufacturing base in America over decades, and we need to start now to rebuild.”

For once, someone in the Biden administration has made a good point.

We never should have allowed ourselves to become so dependent on chip production from Asia.

Today, the majority of the chips that we use are made in Taiwan.

So what happens to our economy if China invades Taiwan?

Other shortages continue to intensify as well.  For example, the following comes from an article about our nationwide baby formula shortage…

Claire Salter, an Operation Give Back volunteer in Blue Ash, says she’s very worried because there’s not much baby formula left on the nonprofit organization’s pantry shelves.

“It terrifies me,” said Salter.

“These six or seven, eight cans we have — that’s all we have right now,” she added.

If I discussed all of the major shortages that we are facing right now, it would take me weeks to finish this article.

In fact, the CEO of a chain of convenience stores in Texas recently admitted that his company is “probably averaging 6,500 to 8,000 outs a week from manufacturers”…

The company operates 50 stores across Texas and Oklahoma. Each location is an average of 4,500 square feet, serving a mix of freshly-prepared foods like tacos, salads and sandwiches plus a variety of grab-and-go packaged goods. Some locations also sell fruits and vegetables.

“Here’s the magnitude of the problem right now,” Smartt said. “As a chain, we’re probably averaging 6,500 to 8,000 outs a week from manufacturers,” he said. ‘Outs’ refers to a specific branded product that is out of stock and can’t be delivered that week.

In other words, his chain is having to navigate an environment in which thousands upon thousands of products that they regularly order are in short supply.

This is really happening.

So many of the trends that you have been warned about for years are coming to a crescendo in 2022.

Of course the Biden administration would like you to believe that a wonderful new era of peace and prosperity is just around the corner.

You can believe them if you want.

But I would recommend examining all of the evidence and coming to your own conclusions.  Things just keep getting worse, and at this point it is hard to imagine how anyone can be optimistic about the months ahead.