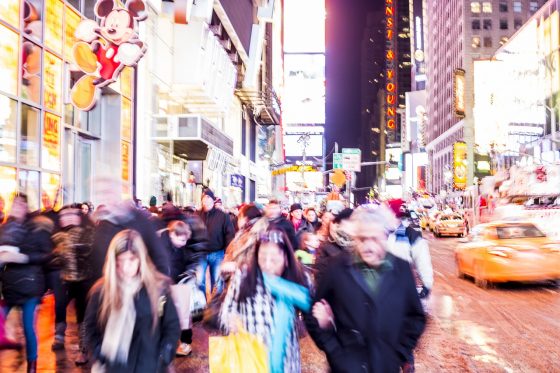 Prices are soaring, there are widespread shortages of certain items such as baby formula all over the nation, and at the same time U.S. economic activity appears to be really slowing down.  Considering all of that, it makes perfect sense why the American people are feeling so negative about the economy right now.  In fact, a whopping 85 percent of all Americans believe that there will be a recession within the next year.  These days, it is virtually impossible to get Americans to overwhelmingly agree about anything, and so the fact that 85 percent of us are anticipating a recession is a really big deal.  Just about everyone realizes that economic conditions are going to get worse, but for those of you that still doubt where we are headed here are 11 statistics that show how U.S. consumers are faring in this rapidly deteriorating economy…

#2 Another new survey has just discovered that 66 percent of Americans “have avoided social events because they’ve felt embarrassed or uncomfortable” about their financial situations.

#3 The housing bubble appears to be bursting.  At this point, sales of new single family homes are falling at a very frightening pace…

Sales of new single-family houses in April plunged by 16.6% from March and by 26.9% from a year ago, to a seasonally adjusted annual rate of 591,000 houses, the lowest since lockdown April 2020, according to the Census Bureau today. Sales of new houses are registered when contracts are signed, not when deals close, and can serve as an early indicator of the overall housing market.

#4 After breaking the all-time national record in March, the average price of a gallon of gasoline in the United States has gone 42 cents above the old record and is now sitting at $4.59.

#5 The average age of a car on U.S. roads has reached an all-time record high of 12.2 years.  Many Americans continue to delay replacing their current vehicles because new vehicles have become so unaffordable.

The index for food away from home increased 7.2% over the last year, the Labor Department reported earlier this month. Food prices were up 9.4% in April from the same time last year — the biggest jump since April 1981, the Bureau of Labor Statistics recently reported. And grocery store prices increased 10.8% for the year ended in April.

#7 U.S. natural gas futures just crossed the nine dollar threshold – the highest level that we have seen since the financial crisis of 2008.  That means that much higher energy costs are on the way for U.S. consumers.

#8 Multiple Fed surveys are showing that manufacturing activity in the U.S. is really slowing down…

The slowdown in manufacturing activity on display in reports from the Federal Reserve banks of New York and Philadelphia was confirmed by a survey from the Richmond Fed indicating that factory activity contracted in the mid-Atlantic region in May.

The Fifth District Survey of Manufacturing Activity index dropped 23 points from a positive reading of 14 in April to a minus nine, the lowest reading since May 2020, when much of the economy was still reeling from the onset of the pandemic and lockdowns.

#9 Zero Hedge is reporting extremely depressing news about U.S. macro data: “Other than April 2020 – when the entire economy was closed – May’s serial disappointment in US Macro data is the worst since Lehman”

#10 Thanks to plunging stock prices, approximately 20 trillion dollars in household net worth has been “wiped out” so far this year.

Right now, conditions are so similar to what we witnessed just before the financial crisis of 2008.

If we had addressed our long-term problems back then, perhaps we would be in a much different place at the moment.

But instead, we appear to be poised to repeat history in a lot of ways.

In fact, many experts believe that the crisis that is staring us in the face will be even worse than what we went through more than a decade ago.  For example, just check out what Peter Schiff is saying…

This one is going to be even bigger because the economy has a lot more debt now than it did in 2008. And Americans are less able to pay it when interest rates rise because the balances are much greater. So, we’re in much worse shape as a result of all the bailouts and all the stimulus that papered over the last crisis. So, now the one we’re dealing with is going to be much worse because we kicked the can down the road instead of solving the problem when we had a chance.”

He makes some really great points.

Every time there has been some sort of a crisis in our society, our leaders responded by showering the system with even more money.

In 2008, the U.S. national debt crossed the 10 trillion dollar threshold.

In 2022, the U.S. national debt has crossed the 30 trillion dollar threshold.

Our politicians have been systematically destroying our future, and most Americans didn’t seem to care.

Now a day of reckoning has arrived, and it is going to be immensely painful.

There is no silver bullet that is going to cure inflation.

The Federal Reserve is going to try to tame inflation by hiking interest rates, but that will just destroy the housing bubble and dramatically slow down the economy.

And there is no silver bullet that is going to end the shortages that we are currently facing.

We are now experiencing some of the consequences of decades of mismanagement, and a lot more pain is on the way.

The post Here Are 11 Statistics That Show How U.S. Consumers Are Faring In This Rapidly Deteriorating Economy appeared first on The Economic Collapse.