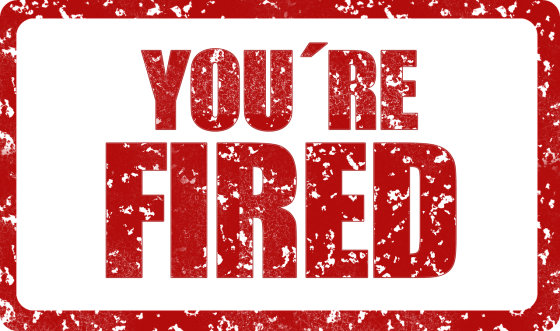 We knew that economic conditions were deteriorating, but this is getting ridiculous.  According to Challenger, Gray & Christmas, the number of layoffs in November was 127 percent higher than it was in October.  That isn’t just a trend, that is an avalanche.  And compared to the same month in 2021, the number of layoffs in November was 417 percent higher.  Please take a moment and let that figure sink in.  A 417 percent increase is a colossal shift.  Essentially, these numbers are telling us that a giant tsunami of U.S. layoffs has now begun, and I believe that things will get even worse in 2023 and beyond.  Our leaders have pursued policies that have been extremely destructive to the U.S. economy, and many of us have been warning that a day of reckoning would arrive.  Well, it appears that a day of reckoning for America’s workers is now here, and the months ahead are not going to be pretty.

There is no way to spin these numbers to make them look good.  Major layoff announcements are popping up in the news every single day, and what we have witnessed over the past several weeks is nothing short of staggering…

The pace of job cuts by U.S. employers accelerated in November, with the number of layoffs climbing 127% from just one month ago, according to a report published on Thursday by Challenger, Gray & Christmas.

Companies announced 76,835 job cuts in November, led by the technology sector, the analysis showed. That is 417% higher than the same time one year ago.

And these numbers don’t even include the latest layoffs that have just happened.

As our new housing crash continues to accelerate, Wells Fargo has decided that now is the time to lay off “hundreds more mortgage employees”…

Wells Fargo & Co. cut hundreds more mortgage employees Thursday, the latest in a series of reductions across the industry after higher interest rates brought the pandemic-era home-lending boom to halt.

The reductions took place across the country, according to people familiar with the plans, who asked not to be identified discussing private information. The latest wave comes amid ongoing Federal Reserve rate hikes to tame persistent inflation, pushing mortgage rates toward their highest levels in two decades. Refinancings have dried up and some potential homebuyers have been sidelined in the process.

Normally, big companies would be compassionate enough to at least wait until after the holiday season to let people go.

But now times have changed and a lot of these large firms are really feeling a sense of urgency to reduce payrolls.

Shockingly, that even includes FedEx…

The voluntary furloughs will run until March 6, with drivers getting a guarantee to return to work, the unit confirmed.

FedEx Freight is offering drivers a $300 weekly incentive to accept a furlough. The total payments will be made when the drivers return to work, according to the FedEx unit.

Have you ever heard of FedEx getting rid of workers prior to the holidays before?

If we are seeing this many layoffs now, what will things look like once the holidays are over?

At this point, even the Federal Reserve is admitting that more layoffs are coming.  In fact, Fed officials are now estimating that about a million Americans will lose their jobs by the end of 2023…

Updated projections from the Fed’s meeting showed unemployment rising to 4.4% by the end of next year, up from the current rate of 3.5%. That is significantly higher than in June when policymakers saw the jobless rate inching up to 3.7%. That could mean roughly 1 million Americans lose their jobs between now and the end of 2023.

Of course Fed projections are almost always way too optimistic.

If Fed projections were accurate, we would still be in a low inflation environment right now.

Let’s be honest.  If we get to next December and only a million Americans have lost their jobs, we should have a massive national celebration because that would definitely represent the sort of “soft landing” that Jerome Powell has been hoping for.

Needless to say, that sort of wildly optimistic scenario is not likely to play out.

As I discussed a few days ago, 41 percent of all small business owners in America could not pay rent in the month of November.

How bad is the Biden Economy?

When more than four out of every 10 small businesses cannot even pay rent, your economy is in serious trouble.

I warned that we would soon be facing a severe downturn if the Fed kept aggressively hiking interest rates, and many others issued similar warnings.

But the Fed didn’t listen to any of us.

In fact, Fed officials keep telling us that rates are going to go even higher.

So what will their excuse be when the economy completely crashes?

Just like SBF, perhaps they will tell us that they are “deeply sorry about what happened”.

AUDIENCE LETTER: “Can you please ask SBF why he decided to steal my life savings?”

But will the millions of Americans that will soon lose their jobs be in any mood to accept such apologies?

Losing a good paying job that you absolutely love can be absolutely devastating.

Sadly, countless Americans are going to have to endure the sudden loss of a job in the months ahead, and no amount of babbling from our leaders will make the pain go away.

The post The Numbers Are Screaming That A Giant Tsunami Of U.S. Layoffs Has Now Begun appeared first on The Economic Collapse.