Israel remains committed to the Two State Solution to resolve the Israeli-Palestinian conflict, Prime Minister Yair Lapid is expected to tell the United Nations General Assembly when he delivers his first ever address to that global body on Thursday morning.

There is an old expression that says “round and round she goes, and where she’ll stop, nobody knows”, which is quite profound if you think about it, though not one hundred percent accurate. Because there is Someone who does know, and thankfully He has revealed it to us in His preserved word. Where will she stop? With the news coming out of Israel today, it looks like she’s about to stop on old ‘lucky 13’ and 777 at the same time. Out of nearly 10,000 articles, we have very rarely used an exclamation point in the headline, but today’s the day.

“For, behold, in those days, and in that time, when I shall bring again the captivity of Judah and Jerusalem,  will also gather all nations, and will bring them down into the valley of Jehoshaphat, and will plead with them there for my people and for my heritage Israel, whom they have scattered among the nations, and parted my land.” Joel 3:1,2 (KJB)

How heartbreakingly ironic is it that the Jews in Israel, the same ones to whom were delivered the ‘oracles of God’, are so very blind in our day as to be willing to intentionally trigger various Old Testament prophecies related to the time of Jacob’s trouble and the Battle of Armageddon? It would be bad enough if someone else was doing it to them, but to volunteer to sign off on your own destruction is amazing to me. Do they not believe the prophets? Nope, but if you’re saved, you sure do. Pray for Israel and the Jewish People, this thing could spark pretty quickly. 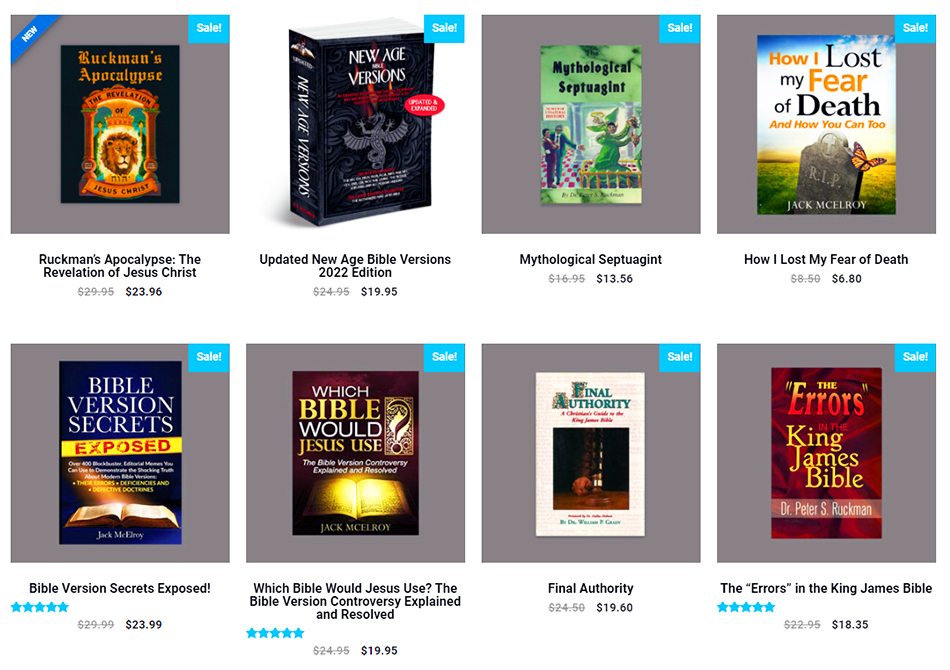 CLICK TO GET 20% OFF ON THESE AMAZING BOOKS DEFENDING THE SUPREMACY OF THE KING JAMES BIBLE, THIS SALE WILL END AT MIDNIGHT ON SUNDAY SO ACT FAST!!

FROM THE JERUSALEM POST: It has been many years since an Israeli Prime Minister spoke of two states when addressing the UN, according to sources close to Lapid. In his address, Lapid will explain that “separating from the Palestinians has to be part of the nation’s vision.”

Lapid believes in the importance of dialogue, even with those he disagrees, but despite the words he plans to deliver at the UN, he does not intend to meet with Palestinian Authority President Mahmoud Abbas.

The two men spoke briefly in August when Lapid called Abbas with good wishes for the Eid al-Adha holiday. Comments such as the one Abbas made in Germany in which he said that Israel had committed 50 Holocausts against the Palestinians, make such conversations more difficult, the sources said. READ MORE

CLICK TO HELP US SEND KING JAMES BIBLES IN ENGLISH AND SPANISH TO INMATES IN JAILS AND PRISONS WHO DESPERATELY NEED THEM!!

The post SHOCK: Israel Has Just Announced They Will Tell The United Nations Tomorrow That They Are Ready To Finally Agree To The Two State Solution! appeared first on Now The End Begins.