Update (0840ET): Global Times editor Hu Xijin, a government mouthpiece whose tweets were closely followed during the ‘Phase 1′ trade-deal negotiations, is touting China’s dubious data as a sign that the Communist Party is winning the ‘People’s War’ against COVID-19.

Daily new infection cases outside Hubei fell below 100 for the first time according to data released on Tuesday. We are on the way to the victory. People are in a better mood and cities are recovering the vitality. I myself is also very happy. 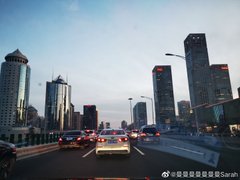 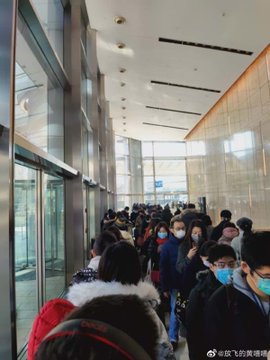 Last night, the western press exposed the Americans for breaking Japan’s quarantine on the ‘Diamond Princess’ by ferrying some 14 infected individuals to the US. But with one day left to go before the Japanese government ends its quarantine and releases thousands of terrified and paranoid passengers into the streets of Tokyo.

On Tuesday, another 88 passengers from the Diamond Princess were diagnosed with the virus, bringing the total to 542.

#BREAKING: Another 88 confirmed new #coronavirus cases from on board the Diamond Princess @abcnews

Japanese Health Minister Katsunobu Kato said Tuesday that people who have tested negative for the virus would start leaving on Wednesday, but that the process of releasing passengers and crew won’t be finished until Friday, according to the Washington Post.

The remaining 61 American passengers on the DP who opted not to join the evacuation will not be allowed to return to the US until March 4, according to the American embassy in Tokyo. The governments of Australia, Hong Kong and Canada have also said they would evacuate passengers.

Elsewhere, Japan confirmed three more cases of the virus. This time, they were confirmed in Wakayama, a prefecture in eastern Japan.

In the latest indication that the 14-day quarantine simply wasn’t enough to kill the virus, a British couple has tested positive for the virus just one day before Japanese authorities are set to release everybody from quarantine, according to the Guardian.

“David and Sally Abel, a British couple onboard the Diamond Princess cruise liner in Japan, have tested positive for coronavirus, a day before passengers who tested negative were due to start leaving the ship after spending two weeks in quarantine.”

Including all of the cases announced overnight, there are now 73,336 confirmed cases of the virus worldwide, compared with 1,874 deaths.

As the battle against the virus rages in Wuhan, Liu Zhiming, 51, a neurosurgeon and the director of the Wuchang Hospital in Wuhan, became the latest high-profile medical worker to succumb to the virus, as we noted last night. Late last week, China confirmed that nearly 2,000 medical workers had been infected.

“From the start of the outbreak, Comrade Liu Zhiming, without regard to his personal safety, led the medical staff of Wuchang Hospital at the front lines of the fight against the epidemic,” the commission said. Dr. Liu “made significant contributions to our city’s fight to prevent and control the novel coronavirus,” it added.

In Beijing, senior officials including President Xi continued to play down the economic blowback from the virus. During remarks on Tuesday, Xi insisted that China could still meet its 2020 economic targets – which called for a doubling of the size of the Chinese economy in 10 years – despite the outbreak. 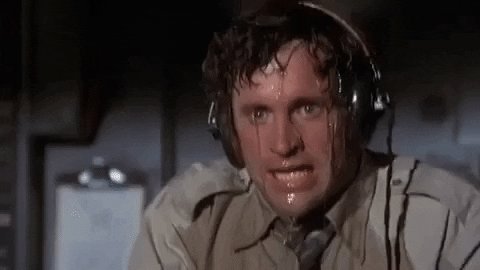 Of course, China’ goalseeked economic data has never offered a truly accurate reflection of the world’s second-largest economy. And a report by PitchBook warns that Chinese startups are struggling to raise money as the epidemic complicates deal talks an deals a serious blow to the country’s ‘venture capital’ scene.

From the start of the year through Feb. 12, venture capital activity in China fell from 381 to 137 deals, and the capital raised declined from $4.05 billion to $1.37 billion, compared to the same period last year. 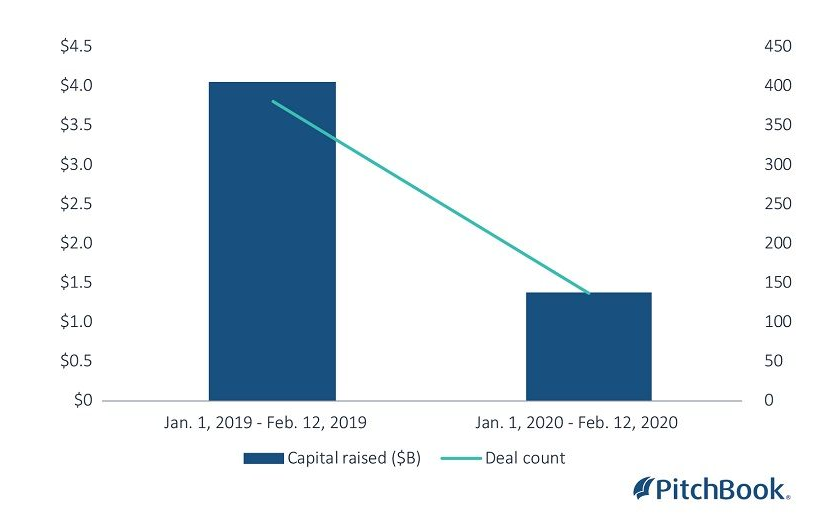 Prior outbreaks like SARS and swine flu also weighed on investment activity.

In contrast to Xi, Moon warned the coronavirus could have a “bigger and longer-lasting impact” on his country’s economy than the 2015 MERS outbreak, which prompted South Korea to roll out a supplemental budget while the central bank cut rates, WaPo reports. Speculators are now betting on a rate cut at the Bank of Korea’s meeting next week. Singapore also announced on Tuesday that it had earmarked $2.8 billion for virus relief measures to help stabilize its economy and assist workers.

Over in the Philippines, 25,000 stranded workers can now return to work.

French Health Minister Olivier Veran said Tuesday there was a “credible risk” that the virus could transform into a pandemic, Reuters reports.

“This is both a working assumption and a credible risk,” Veran told France Info radio, when asked about the possibility of the coronavirus spreading globally.

Taking a brief break from the news, our disturbing video of the day comes from Xinjiang, the far-flung province that’s home to millions of Uyghur Muslims.

In this video, shared by the Epoch Times’ Jennifer Zeng, a police officer suddenly collapses while walking. His current status is unknown.

Zhou Shunxin, a police officer in #Xinjiang, suddenly collaspes while walking. Officail report says vaguely that he “passed out” at the frone line of #COVID2019 control, and sent to the hospital, but doesn’t talke about why he collasped or his current status. #Coronavirus 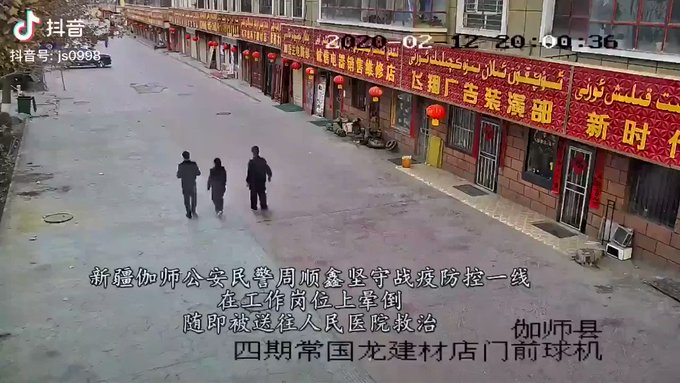 Wedding dress, bridal veil and confetti made from a hospital bedsheet with a rubber glove bridal bouquet. Watch this medical staff member’s wedding in the battleground against the novel #coronavirus in #Wuhan. http://bit.ly/2P5xD3I

The GT also reported that officials in Hubei are continuing with a “comprehensive search” for patients with fevers, and have even started tracking down every individual who has purchased fever or cough medicine since Jan. 20.

Central China’s Hubei Province, where epicenter #Wuhan is located, launched a comprehensive search of fever patients on Tuesday. Authorities are tracking down people with symptoms of fever or those who bought fever and cough medicines since January 20. #COVID2019 #coronavirus 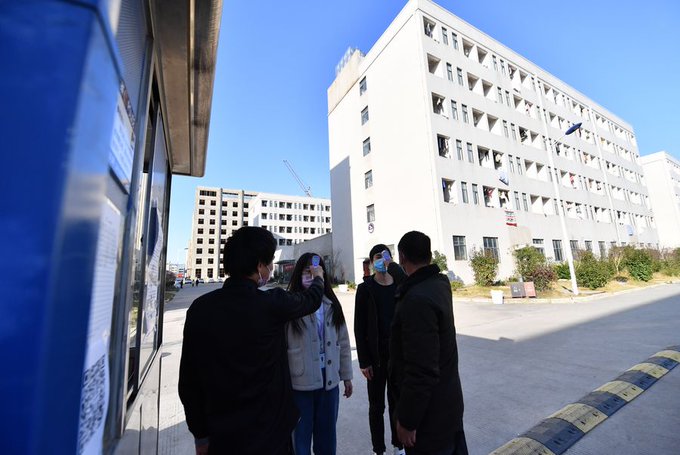 As we reported last night, Apple published a press release admitting it “does not expect to meet the revenue guidance we provided for the March quarter” due to coronavirus-related issues.

Since we haven’t reported a full breakdown of cases in a while, here’s a complete list and breakdown of infections by country and territory, courtesy of the AP:

In a recent study, China’s CCDC found that the virus’s fatality rate – 14.8% – is for people aged 80 or older with co-occurring medical conditions. Young and healthy people, meanwhile, typically experience much more mild symptoms, according to the BBC. Along those same lines, the WHO confirmed on Tuesday that the virus manifests as only a minor infection in four out of five people who contract it, according to the Guardian. 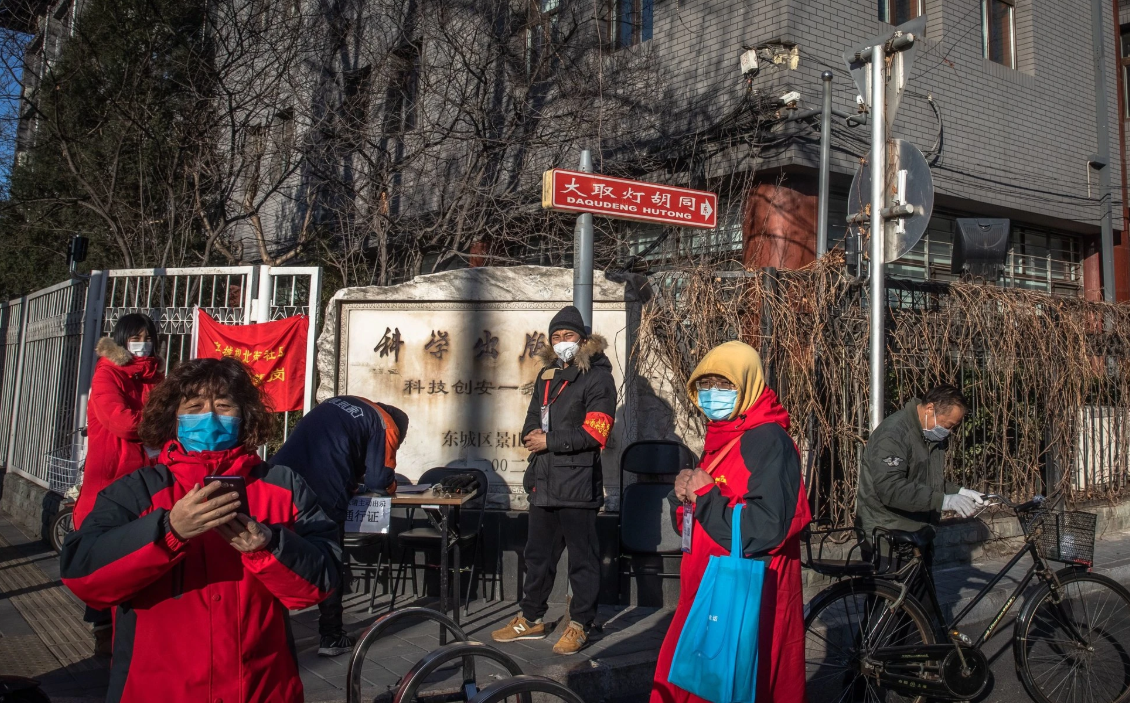 For everybody still saying that the virus is no more dangerous than the annual flu outbreak, here’s some food for thought: An analysis of 44,672 coronavirus patients in China whose diagnoses were confirmed by laboratory testing has found that 1,023 had died by Feb. 11, a fatality rate of 2.3%. That’s far higher than the mortality rate for the seasonal flu.

Finally, the New York Times has reviewed lockdown conditions across China, and confirmed that more than 760 million people are living in neighborhoods or villages with at least some imposed strictures regulating residents’ comings and goings. That represents half of China’s population, and one out of every ten people on the planet.

Some neighborhoods only require residents to show ID, sign in and have their temperature checked. Other villages prohibit bringing in guests. In places with more stringent restrictions, households are only allowed to send one person out at a time – and often not even every day.

Last night, Zeng reported that in some parts of Wuhan the lockdown has become so strict that people aren’t allowed to come outside at all. 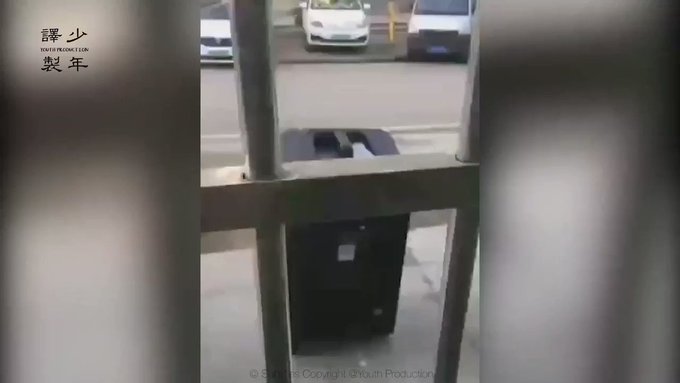