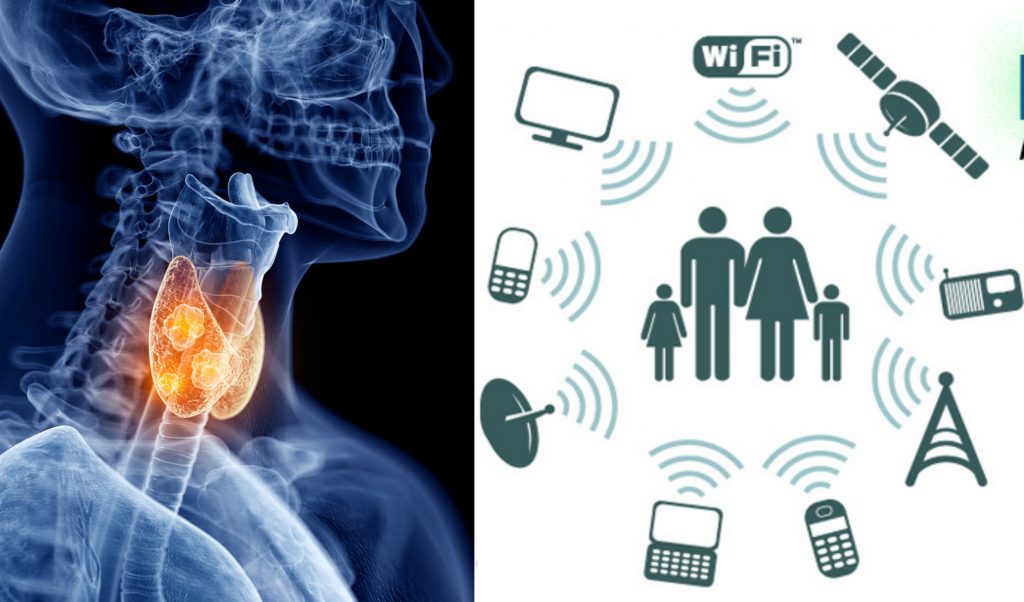 As concerned organizations and individuals attempt to plead with the fox guarding the hen house in the United States about the issue of safety and wireless technologies, including 5G, it is difficult to imagine a different outcome than what happened the last time the FCC asked for input – they simply ignored it.

As Joel Moskowitz reported in May of 2020,

Part I: Why We Need Stronger Cell Phone Radiation Regulations–Key Testimony Submitted to the FCC

On August 8, 2019, the FCC published a news release in which Ajit Pai, the FCC chairperson, issued a proposal that the FCC not change its existing radiofrequency (RF) exposure limits. He also proposed to gather public comment on rules to determine compliance with the exposure limits and establish uniform guidelines to ensure compliance.
The press release makes the following claims:

“The FCC sets radiofrequency limits in close consultation with the FDA and other health agencies. After a thorough review of the record and consultation with these agencies, we find it appropriate to maintain the existing radiofrequency limits, which are among the most stringent in the world for cell phones,” said Julius Knapp, chief of the FCC’s Office of Engineering and Technology.

As Jeffrey Shuren, Director of the Food and Drug Administration’s Center for Devices and Radiological Health, wrote to the FCC, “[t]he available scientific evidence to date does not support adverse health effects in humans due to exposures at or under the current limits…” and “[n]o changes to the current standards are warranted at this time.”

Unfortunately, these assertions do not reflect the state of the scientific literature regarding RF health effects, nor do they adequately reflect the public comment received by the FCC over the past six years regarding RF exposure limits for Proceeding Number 13-84.

The FCC has no health expertise and relies upon Federal health agencies, especially the FDA, for advice about RF exposure limits. However, these agencies have lacked the requisite expertise to provide this guidance as their RF health experts retired or took industry jobs. In the past decade, these agencies have failed to monitor the vast and growing body of peer-reviewed research that documents adverse health effects from low-intensity exposure to radiofrequency radiation. Rather, the Federal government has increasingly relied upon advice from engineers and scientists with conflicts of interest and industry lobbyists.
https://www.saferemr.com/2014/08/part-i-why-we-need-stronger-cell-phone.html

Now, the Institute of Electrical and Electronics Engineers (IEEE) is backpedaling on published work by safety researchers in Qatar and India.

In February of 2020, the IEEE published research raising questions about the safety of IOT devices:

Summary of article: Electromagnetic Radiation Due to Cellular, Wi-Fi and Bluetooth Technologies: How Safe Are We?

In this work, we determine the radiation concern levels in several scenarios using a handheld radiation meter by correlating the findings with several international standards, which are determined based on thorough scientific evidence. This study also analyzes the EMR from common devices used in day to day life such as smartphones, laptops, Wi-Fi routers, hotspots, wireless earphones, smartwatches, Bluetooth speakers and other wireless accessories using a handheld radio frequency radiation measurement device. The procedure followed in this paper is so presented that it can also be utilized by the general public as a tutorial to evaluate their own safety with respect to EMR exposure. We present a summary of the most prominent health hazards which have been known to occur due to EMR exposure. We also discuss some individual and collective human-centric protective and preventive measures that can be undertaken to reduce the risk of EMR absorption. This paper analyses radiation safety in pre-5G networks and uses the insight gained to raise valuable concerns regarding EMR safety in the upcoming 5G networks.
SOURCE: https://www.researchgate.net/publication/339301826_Electromagnetic_Radiation_due_to_Cellular_Wi-Fi_and_Bluetooth_technologies_How_safe_are_we
accessed June 17, 2020

Become a Natural Blaze Patron for $1 per month.

“In this work, we determine the radiation concern levels in several scenarios using a handheld radiation meter by correlating the findings with several international standards, which are determined based on thorough scientific evidence. This study also analyzes the EMR from common devices used in day to day life such as smartphones, laptops, Wi-Fi routers, hotspots, wireless earphones, smartwatches, Bluetooth speakers and other wireless accessories using a handheld radio frequency radiation measurement device. The procedure followed in this paper is so presented that it can also be utilized by the general public as a tutorial to evaluate their own safety with respect to EMR exposure. We present a summary of the most prominent health hazards which have been known to occur due to EMR exposure.”
SOURCE: https://lennarthardellenglish.wordpress.com/2020/03/31/electromagnetic-radiation-due-to-cellular-wi-fi-and-bluetooth-technologies-how-safe-are-we/

The IEEE retracted the article without explanation, and apparently, the researchers have not been given the opportunity to respond. Some industry commenters critical of the study apparently questioned the math, the equipment used, and especially, the standards referenced, but comments have now been removed from the link to the article.

India’s radio frequency exposure levels are more protective than those of ICNIRP, (which are based on 30 minutes of exposure, and never applied to the kind of long-term, chronic, cumulative population-wide juxtapositions of exposures generated today.)

The industry would like nothing more than to “harmonize” pro-industry limits across nations in order to build out the 5G network.

For example, in 2018, the International Telecommunication Union (ITU) reported

“The supplement discusses the impact on mobile networks of RF-EMF exposure limits that are more restrictive than the ICNIRP or IEEE guidelines. It investigates the impact on 4G and 5G deployment and suggests that there is an urgent need to begin a process to harmonize electromagnetic field standards worldwide.”
SOURCE: The impact of RF-EMF exposure limits stricter than the ICNIRP or IEEE guidelines on 4G and 5G mobile network deployment
https://www.emf-portal.org/en/article/38965

But there is nothing harmonious about ignoring health and environmental issues. For example, the FCC has provided advice about how trees interfere with 5G millimeter waves.
https://transition.fcc.gov/Bureaus/Engineering_Technology/Documents/bulletins/oet70/oet70a.pdf

But the industry and its regulators have failed to consider how the millimeter waves impact foliage.

As the telecom industry seeks to blanket every nation on the planet with 5G infrastructure, has prejudice, intellectual arrogance, greed, and imperialism towards research and researchers in Qatar and India played a part in the retraction of the article by IEEE?

A Forbes report about the U.S. softening its stance about Huawei noted:

The U.S. says this is being down to ensure advocacy for its own interests—but clearly it plays out as a softening of the blacklist. Put simply, this allows U.S. companies to share technical information relating ton the development of 5G networks, enabling Huawei to adhere to evolving international standards, without breaching sanctions.
SOURCE: https://www.forbes.com/sites/zakdoffman/2020/06/16/trump-vs-huawei-just-suddenly-changed-heres-why/

Is it time for the walls to come tumbling down around the ICNIRP IEEE cartel?