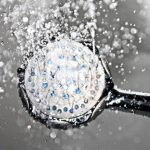 (NaturalHealth365) A cold shower is often a first-world annoyance in western societies. Now, many are voluntarily turning their taps as cold as they can in the name of “wellness.”

There are a few crazy fads out there, many with no-scientific backing, but cold water immersion isn’t one of them. Cold showers are proven to have a wealth of evidence-backed benefits.

Nutrition, movement, and quality sleep are the pillars of health. How does the discomfort of an ice-cold shower fit into that?  Cold water immersion has gained popularity because of the incredible research undertaken on “The Iceman.”

Wim Hof (well-known as “The Iceman”) is the king of ice-baths, breathing techniques, climbing up mountains shirtless, and swimming under ice-sheets in the arctic.  Now, he teaches other people how to build resiliency in both cold water and life circumstances. He claims that his method will increase immunity, reduce stress, increase your willpower, and lose weight.

But how much of this is embedded in science?

No doubt, some of the stuff he has done appears “crazy.”  Scott Carney, an investigative journalist who debunks and “gurus” similar Hof, attended one of  Wim’s retreats in Poland.  He turned from cynical reporter to raving fan.

In fact, he ended up climbing Kilimanjaro with Hof, wearing just a bathing suit, within two days. A feat that would usually kill you from hypoxia.

The benefits of cold water immersion backed by science

The science behind Hof is quite remarkable. He wanted to prove to the world that you can control your autonomic nervous system through breath and cold water immersion.

The researchers injected Hof with endotoxin, dead bacterias designed to invoke a flu-like immune response. Medical experts were expecting Hof to experience fever, chills, and headaches. He experienced none of these flu-like symptoms.

Could he be superhuman, or can anyone control their immune system?

Conventional methods are not working.  So, researchers are now looking at natural health methods for chronic diseases.

One of the natural health methods being studied is cold-water immersion. In a clinical trial where participants had 2 to 3 cold showers for 5 minutes each session, there was an increase in endorphin levels.

In America, depression affects at least 10% of the population (reported, but there are likely many more). It’s clear that antidepressants aren’t working for everyone, we need to make it clear to more people that these natural remedies will help.

Are you feeling sluggish of a morning?  It’s no surprise that a cold shower will wake you up quickly.

Your stress hormone, cortisol, should start kicking in as the sun rises and wake you up. If you’re a slow-starter, get your hormones working for you faster.

In a study of over 3,000 people, cold showers of 30-90 seconds resulted in a 29% reduction in sick days. Athletes have been utilizing the benefits of cold exposure for years. Ice baths reduce pain and recovery time for active people.

Wim Hof’s results are inspirational, but you don’t need to take it to the extreme to gain the benefits that the cold will provide.

Just five minutes in a cold shower a few times per week will reduce depression, increase focus, and increase your immunity. And it doesn’t take any more time in your busy schedule to get started.

How to get started for those who like it hot

Most of us aren’t committed to spending hours in the snow barefoot. It can be dangerous and downright crazy for beginners.

Luckily most of the research undertaken proves that all you need is a few five minute cold showers per week to reap these benefits. Five minutes is a long time in the cold shower if you’re new to this. Here’s the best way to get started for beginners.

Ease into it. Jumping straight into a cold shower is a shock to your system. Start on a lukewarm temperature, then slowly get colder.

Don’t put your head under the water for too long. If you’ve sipped on your green smoothie too quickly, you will have experienced brain freeze. Cold showers can be a shock to your brain also.

In fact, losing consciousness in the shower can have fatal consequences.  Duck your head under the water occasionally at a rate that is achievable for you.

And, do not forget to breathe. Most people hold their breath when engaging in a challenging activity.

Conscious breathing will give you more oxygen, which your cells need to function. That’s why your personal trainer instructs you to exhale on the concentric phase of your exercises.

That same is true for your cold shower. When you breathe into it, you’ll energize your body, and the cold will become easier to manage.

The surprising benefits of cold showers are undeniable. We are almost always in our “comfort zones,” which is not always contributing to a healthier and happier community.

Enjoy the undeniable benefits of cold water immersion by stepping into the short-term discomfort of a cold shower today.

The post The surprising benefits of cold showers appeared first on NaturalHealth365.