About 23% of Americans polled by the Consumer Technology Association said they planned to purchase pet-related technology as a holiday gift, and the number of pet tech products shipped during the fourth quarter of 2019 was expected to be 60% higher than in the fourth quarter of 2018. Products include automatic food or water dispensers, automatic pet doors, and pet monitoring systems. Las Vegas Review-Journal (tiered subscription model) (12⁄31) A cat litter box on display at a consumer electronics show in las Vegas is equipped with a video camera, connects to voice-enabled assistants and uses artificial intelligence to analyze the cat’s waste for signs of illness. Reported by The Verge (1⁄720).

The more such electronic devices are put into the home environment and monitors put on companion animals’ necks along with remote sensors, training devices and invisible fence shock collars, the more health and behavioral problems I predict: And worse. Equipment failures could put animals at risk. There is no substitute for attentive human care.

Electropollution in the home environment is a growing concern, both dogs and humans developing adverse reactions, for instance, to Smart water meters. Microchipping animals for identification is as far as I would go with long-term application of such technology, short-term applications for animal health and wildlife research purposes being carefully monitored by experienced veterinary and other practitioners.

I receive many letters from readers of my nationally syndicated newspaper column Animal Doctor in the U.S. concerning the increasing use of immunosuppressant drugs such as Apoquel and Cytopoint, which can have harmful side-effects and often do not help cats and dogs diagnosed with itchy skin “allergies” or so-called atopic dermatitis. This distressing clinical problem is very much on the rise and cannot be attributed solely to food allergens and pollens.

As more and more homes are incorporating various wireless technologies, so electropollution, also in surrounding outdoor environments, may be contributing to this rise in “atopic” dermatitis/allergies because some dogs and cats are electrosensitive and show symptoms similar to those in people diagnosed with electrohypersensitivity.

According to the World health Organization, “Sensitivity to EMF has been given the general name ‘Electromagnetic Hypersensitivity’ or EHS. It comprises nervous system symptoms like headache, fatigue, stress, sleep disturbances, skin symptoms like prickling, burning sensations and rashes, pain and ache in muscles and many other health problems. Whatever its cause, EHS is a real and sometimes a disabling problem for the affected persons. Their EMF exposure is generally several orders of magnitude under the limits of internationally accepted standards.” (WHO International Seminar and Working Group Meeting on EMF Hypersensitivity (Prague, Oct.25-27,2004). New robotic cameras allow owners to monitor their pets from afar, to talk to them and even dispense treats. Nearly $50 million worth of the cameras were sold in 2018, according to Grand View Research. The cameras can ease separation anxiety in both dogs and dog owners. (The Washington Post , Feb 18th 2020). Radiation from these devices could be contributing to animals’ discomfort and have long-term adverse consequences on their health and the people sharing the same electro-polluted environment.

For wildlife the major problems are higher mortalities and morbidity associated with capture stress and the physical and behavioral problems caused by the neck collars. (The National Park Service U.S. Department of the Interior The Natural Resource Program Center, Biological Resource Management Division and The Soundscapes Program Center. A Critique of Wildlife Radio-Tracking and its Use in national parks. A Report to the US National Parks Service by L. David Mech and Shannon M. Barber 2002, http://npshistory.com/publications/wildlife/radio-tracking-2002.pdf)

The ethics and animal welfare implications of such devices are considerable. (See Unlocking the “Virtual cage” of Wildlife surveillance. By Henry Linger and Tom Lininger https://scholarship.law.duke.edu/cgi/viewcontent.cgi?article=1339&context=delpf).

The American Cancer Society’s posting (Microwaves, Radio Waves, and Other Types of Radiofrequency Radiation, May 31, 2016 (https://www.cancer.org/cancer/cancer-causes/radiation-exposure.html), noting that the International Agency for Research on Cancer has identified RF exposure as a possible carcinogen, emphasizes that the U.S. Environmental Protection Agency and the U.S. National Toxicology Program have not yet formally classified RF radiation as to its cancer-causing potential.

The International Commission on Non‐Ionizing Radiation Protection (ICNIRP), a German-based scientific organization that determines the impact of electromagnetic waves on people and the environment, said March 11 2020 that there is no evidence that 5G networks pose a health risk to humans provided safety precautions are adopted. (Italics mine: Ref ICNIRP. Guidelines for limiting exposure to electromagnetic fields (100 kHz to 300 GHz). Health Phys 118(00):000–000; 2020. Pre-print. DOI: 10.1097/HP.0000000000001210).

Given this situation, and given that there is a strong body of literature concerning the effect of heating on health from other sources, ICNIRP (2020) has used this thermal physiology knowledge to supplement that of the RF EMF literature. This new report goes on to state that: Minor changes that have been made to improve the precision of the restrictions have resulted in more-conservative restrictions, but as the differences are small relative to the strongly conservative restrictions themselves, these changes will not make an appreciable difference to health protection against exposure from current RF EMF-emitting devices. However, there are two new restrictions in ICNIRP (2020) that have the potential to further strengthen health protection.

The first relates to the development of technologies that utilize EMF frequencies >6 GHz, such as 5G, with new restrictions to better protect against excessive temperature rise in the body.

The second relates to brief RF EMF exposures (<6 minutes), to ensure that transient temperature rise is not sufficient to cause pain or adversely affect tissue – although ICNIRP (1998) had a restriction for brief (circa 50 ms) pulsed RF EMF to the head, the present guidelines provide protection for exposure durations up to 6 minutes and over the whole body. ICNIRP is not aware of any situations where exposure compliant with the 1998 guidelines has resulted in transient temperature rises that has adversely affected health, but this new restriction will ensure that new or future technological uses will also not adversely affect health. Sub-millisecond pulses of RF EMF can result in audible sound. This occurs due to thermo-elastic tissue expansion resulting from very small (circa 0.00001°C) temperature rises, which is detected by sensory cells in the cochlea via the same processes involved in normal hearing. ICNIRP (1998) set a restriction to avoid the possibility of this auditory phenomenon.

However, as this represents a sensory phenomenon, with no evidence that it would adversely affect health, this restriction is not used in the ICNIRP (2020) guidelines. ICNIRP (2020) has not re-evaluated the ICNIRP (2010) basic restrictions that were designed to protect against nerve stimulation. These occur within the 100 kHz to 10 MHz range, where both nerve stimulation and heating effects can be present.

This report clearly recognizes human risks of this technology calling for protective measures from the non-ionizing radiation involved, notably heating of the body and potential cellular and nerve damage. Thus indirectly it affirms the risks and potential harm to other species (already well documented) especially insects, birds and other vertebrates yet there is no reference to protecting species other than human in this report.

Just as with the use of pesticides decades ago, some risks to humans were recognized and protective “safe use” measures eventually established but without regard for the adverse impacts on other species and ecosystems.

Footnotes and references at link: https://drfoxonehealth.com/post/electropollution-existential-threat-to-public-health-and-life-on-earth/

(Note that ICNIRP and other regulators deny non-thermal impacts of radio-frequency exposures.)

By Dr. Fox: The Boundless Circle: Caring for Creatures and Creation 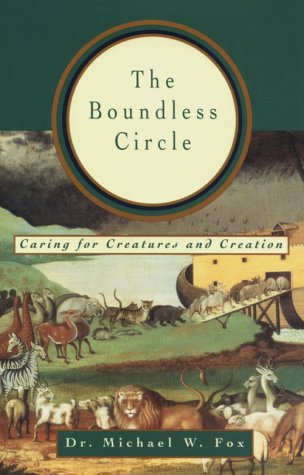