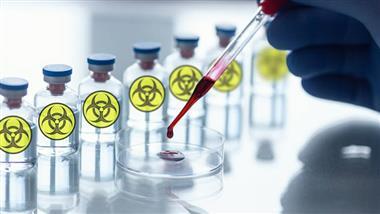 Via Mercola / The Burning Platform

As reviewed in “Why Government Health Care Kills More People Than It Helps,” the U.S. Centers for Disease Control and Prevention couldn’t have botched its COVID response anymore if it tried.

August 17, 2022, CDC director Dr. Rochelle Walensky even publicly admitted the agency’s failures, stating, “we are responsible for some pretty dramatic, pretty public mistakes from testing, to data, to communications.”1,2,3

To save face, Walensky is reorganizing the agency, but considering the extent to which CDC officials have lied, obfuscated and broken laws intended to protect public health, it is highly unlikely that the CDC will ever be able to recover their credibility.

The CDC is corrupted beyond salvage, and as noted by Brownstone Institute founder and president Jeffrey Tucker,4 the only way to fix a captured bureaucracy is to get rid of it:

“Any serious effort to end the crisis must deal with the problem of the administrative state and the bureaucratic power thereof. Without that focus, no reform effort can get anywhere …

The reason is simple: a free and functioning society cannot coexist with an undemocratic beast like this on the loose, making its own laws and running roughshod over rights and liberties with zero oversight from elected leaders. Until the administrative state is defanged and disempowered, there will be no representative government and no hope for change.

It’s obvious that the bureaucracies will not reform themselves … The reform will be … cosmetic without reality. It will not deal with the central problem as plainly stated by Harvey Risch:5 ‘industry subservience and epidemiologic incompetence’ …

After Betsy DeVos left the Department of Education, and observing from the inside what a disaster it truly was, she said what needed to be said. Abolish it. Shut it down. Defund it completely. Forget about it. It does nothing useful. Everything it does can be performed better at the state level or private markets. All true.

What she says about the Department of Education is equally true of another hundred-plus agencies of the administrative state. People have been talking lately about abolishing the FBI. Great, do it. Same goes for the CDC. It’s time. Right now. Pull the plug on the whole thing and sell the real estate.

Truly there is no other option except continuing to do what we are doing now. The status quo is intolerable. If a serious reform-minded Congress comes to power, abolition and not reform and not cuts, needs to be the starting point of discussion …

There needs to be a to-be-abolished list and any federal government institution with the word agency, department, or bureau needs to be on it … Society itself, which is smarter than bureaucracy, can manage the rest.”

The Rise of the American Biosecurity State

To understand how and why the CDC has morphed into an agency that works against, instead of for, the public good, we need to take a look at the history of American biodefense. Two journalists have recently dedicated articles to this issue.

In an August 29, 2022, Unherd article,6 Ashley Rindsberg reviewed how Dr. Anthony Fauci rose to power as the highest paid federal employee, sitting at the “very top of America’s biodefense infrastructure,” with near-unlimited authority, at least as it pertains to science; what gets funded and what doesn’t.

“To understand the rise of Fauci … we must return to the first months of the 2000s, when a hawkish new administration was settling into power,” Rindsberg writes. George W. Bush came into office with Dick Cheney as vice president. Cheney had already served as defense secretary under George H.W. Bush.

According to Rindsberg, the Bush administration “came to power with biological weapons and infectious disease very much top of mind, with Cheney seeking to address the gaping hole in America’s national security left by the country’s lack of a coherent biodefense strategy.”

Biodefense became an even more prominent concern in the aftermath of 9/11, when letters containing anthrax were sent out to members of media and two U.S. senators. Of the 22 people infected with anthrax, five died. According to Rindsberg, Cheney “served as the political engine behind a paradigm shift that would soon take place in America’s biodefense strategy.”

Biodefense for the 21st Century

Just six days before 9/11, Joe Biden, then-chair of the Senate Foreign Relations Committee, had led a hearing on the threat of bioterrorism and the spread of infectious diseases.

Subsequent to that hearing, in June 2002, president Bush signed the “Biodefense for the 21st Century”7 directive, the aim of which was to advance a “comprehensive framework” for U.S. biodefense, based on the assumption that America could be devastated by a bioweapons attack.

The directive outlined “essential pillars” of the U.S. biodefense program, including threat awareness and vulnerability assessment, prevention and protection, surveillance and detection, response and recovery. The year before, in June 2001, senior policymakers had also performed a two-day tabletop simulation of a smallpox attack called Dark Winter.

“Intended … to expose vulnerabilities, the operation showed how quickly a public health disaster could lead to widespread chaos and social collapse. This was the stuff nightmares are made of — and, by all accounts, those were the nightmares that Dick Cheney was having,” Rindsberg writes. He continues:8

“Significant as it was, [Cheney’s] transformation of America’s biodefence framework was part of a much larger repositioning of long-term geopolitical strategy, an effort also led by Cheney.

In the aftermath of the Soviet Union’s collapse in the early Nineties, Cheney, then Secretary of Defense under George H.W. Bush, along with Undersecretary of Defense Paul Wolfowitz, began formulating a grand strategy for the post-Cold War era.

This plan, revealed in an infamous leaked memo,9 was rooted in a single strategic objective: America should permanently remain the world’s superpower. Its architects argued the US would do so only by preserving ‘strategic depth’ to ‘shape the security environment.’

The initial leaked memo was later reworked by Cheney’s chief of staff, Scooter Libby, who broadened the concept10 of ‘strategic depth’ to cover not only geographic reach but also an ability to wage war with weapons that could not only cripple an enemy’s military capabilities but disrupt its political, economic and social stability.”

In 2002, the Bush administration quintupled biodefense spending to $317 million. That same year, Severe Acute Respiratory Syndrome (SARS), broke out in China, and in 2003, just as SARS was being contained, H5N1 avian influenza emerged.

The back-to-back outbreaks acted as fuel for the erection of a biosecurity state, and in 2003, the Bush administration increased the annual biodefense budget to $2 billion — a staggering sum at the time. Bush also earmarked another $6 billion for the development and stockpiling of vaccines over the next decade.

But funding was only part of the challenge. To truly prepare for a bioweapons attack, research had to be conducted and coordinated, and to that end, Cheney brought all biodefense research programs under the purview of a single entity — the National Institute of Allergy and Infectious Diseases (NIAID), led by Fauci.