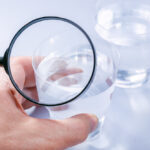 (NaturalHealth365)  It seems that the Environmental Protection Agency (EPA) and the World Health Organization (WHO) are once again backpedaling on claims they made earlier about “Forever Chemicals” and the harm they pose to humans.  Around June 2022, the EPA issued an announcement that the chemicals were more dangerous than originally believed.

In the announcement, the EPA claimed it would take “aggressive action” to protect Americans against these chemicals.  Then, to further drive the point, Rob Billett, an environmental lawyer, announced plans to file a nationwide class action lawsuit on behalf of the Americans who have already sustained harm from them.

What are “forever chemicals,” and how are you exposed to them?

Per-and poly-fluoroalkyl substances (PFAS) are comprised of two compounds, PFOS and PFOA.  These chemicals are in nearly every product on American store shelves, including takeout containers, school uniforms, nonstick pans, and raincoats.  They help to make the products resistant to water, oil, heat, and stains.

With more than two decades of studies behind these chemicals, they have been linked to serious health conditions and issues, including several cancers.  In recent years, the incidence of PFAS being detected in drinking water has increased steadily all across the United States, prompting some states to adopt or propose limits for drinking water to curb the consumption of the toxic chemicals.

In the end, though, no real action can be taken to correct the issue until the EPA puts its final regulations in place.  Then the PFAS standards in drinking water become federally enforceable.  However, now the WHO’s plan could derail all the efforts because it would conflict with the EPA’s regulations, making them ineffective and unenforceable.

Scientists unite in stand against WHO

On November 10, 2022, more than 100 scientists joined forces to protest the WHO’s guidelines and call for stronger, more stringent guidelines for the issue.  The letter addressed to Bruce Gordon, Unit Head, Water, Sanitation, Hygiene and Health of the World Health Organization, cited several of the scientists’ main concerns, including the chemicals’ carcinogenicity, its link to liver damage, increased cholesterol, and decreased antibody response which leads to lowered immunity.

The letter called out the WHO for failing to enforce conflict of interest policies, potentially allowing those who may have a conflict of interest to assume peer review, advisory, or decision-making roles.  It also disputed that the high costs water treatment measures would demand is not a valid justification for lowering the standards of the guidelines for protecting the public from harmful drinking water.  They demanded science-based guidelines with strong scientific backing and proven technology or proposed guidelines to be withdrawn.

The WHO’s guidelines cannot stand up to the years of scientific research on PFAS.  The response from the organization is slow in coming with only a few concessions, such as agreeing to list the document’s contributors in the final document and posting on the WHO website.

Only time will tell how much the WHO will give, but it does not seem that the scientific community has any plans to back down.