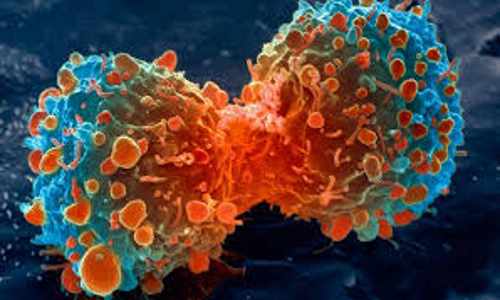 Chemotherapy is not medicine; it is not a therapy at all. A new study published in the American Journal of Physiology-Cell Physiology lambastes chemotherapy for causing mitochondrial dysfunction in patients’ muscles. This is not some simple side effect. This is a direct debilitating effect inflicted on patients, a condition that causes fatigue, weakness, oxidative stress, and muscle wasting in patients.
The research, conducted at the University of Vermont, finds that cancer patients are harmed by the chemotherapy drugs doxorubicin and paclitaxel. These are the so-called medications that are commonly used post-surgery in cancer patients.

The mitochondria are the energy center of the cells. Cancer treatment should maximize the energy production of cells, not restrict it. Maximizing mitochondrial energy production is one of the keys for a healthy cancer recovery. Cancer drugs are literally creating the conditions for future cancers to develop and take hold. (Related: Chemotherapy found to increase the number of tumor cells circulating in the blood, spreading it to previously unaffected areas.)

With the many incredible scientific and technological advancements that are available to us today, it’s frustrating that so many people continue to die of cancer. Chemotherapy is still the most widely used treatment, even though it isn’t saving nearly as many lives as we’d like it to – and those who do manage to survive must often deal with very serious side effects.

The mitochondria were significantly reduced in number and oxidative stress was discovered along with atrophy. The researchers found that doxorubicin and paclitaxel inflict severe oxidative stress which damages cells, restricts mitochondrial energy production, speeds up cell death, and initiates the conditions for chronic diseases.

Pharmaceutical researchers are constantly developing and testing drugs that never seem to pan out, but what if the answer to all this isn’t found in the hospital at all? Scientists are increasingly demonstrating just how powerful naturally occurring substances can be in the fight against cancer. In many cases, these substances are able to destroy cancer cells without harming the healthy cells nearby. One such solution that doesn’t get nearly as much attention as it deserves is sweet wormwood.

Wormwood grows natively in parts of Europe, Asia and North Africa and is perhaps most famous for its use in the alcoholic beverage absinthe. Sweet wormwood, however, contains the active ingredient artemisinin, and it’s been used in Chinese medicine for thousands of years to boost the immune system and stop parasites. In fact, its name is due in part to the fact that it is so good at expelling roundworms, threadworms and tapeworms by creating an environment in the intestines in which parasites struggle to survive.

Study Senior Author Tomikazu Sasaki said: “The compound is like a special agent planting a bomb inside the cell.”

Because cancer cells don’t dispose of free-floating iron molecules as well as healthy cells do, the presence of iron can be stressful for them. This inspired the researchers to use naturally-occurring holotransferrin to carry iron into cells and deliver the high doses of artemisinin in prostate and breast cancer cells that way.

READ MORE : Science Has Found MEDICAL DEVICES THAT CURE CANCERS ( There are numerous natural remedies which have powerful medicinal properties that can fight many diseases even better than conventional medications )

The researchers’ compound overcomes the biggest challenge facing cancer treatment developers today, and that is the fact that cancer cells develop from the body’s own normal cells, and most methods of killing them also impact healthy cells. While most of the chemotherapies currently available destroy roughly one normal cell for every five to ten cancerous cells they kill, this method kills roughly one healthy cell for every 12,000 cancer cells. It also has few side effects. Although artemisinin is toxic in the presence of iron, it is generally harmless otherwise.

All of the cancer cells that were exposed to this specially prepared holotransferrin died within just 16 hours. Best of all, the approach works on all types of cancer cells rather than only serving for a few specific types. The reason it can be particularly effective on breast cancer cells is because these cells sometimes have as many as 15 times more iron receptors than the cells that surround them.

Artemisinin is already used as an anti-malarial drug, and now it appears that it could well become the basis of an effective cancer treatment in the future. 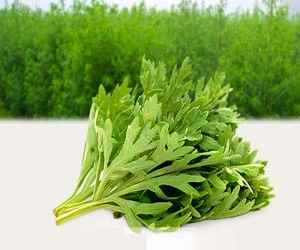 Artemisinin comes from the plant Artemisia annua (or sweet wormwood), and although it’s most well-known for it’s anti-malarial effects, it also has lots of other health benefits including recently discovered anti-cancer properties .

One of the curious quirks of cancer cells is that they contain higher than normal levels of haem (iron stores), and this makes them susceptible to artemisinin’s activity.

Certain compounds in artemesinin have been shown to react and bind with the haem, releasing cytotoxic free radicals which cause these cancer cells to die. This is one of the ways in which artemisinin and cancer have an interesting connection . 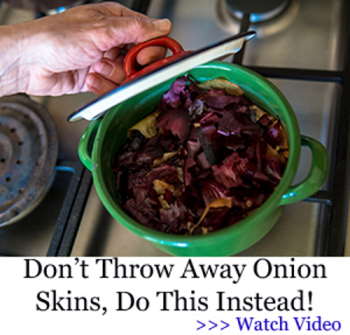 The special attraction to haem also means that non-cancerous cells, with their much lower levels of iron, are safe from artemisinin’s effects. This makes artemisisin an excellent choice when looking at anti-cancer herbs, because it has low toxicity against healthy cells within the body.

1 Anti-proliferative
Artemesinin inhibits the growth of cancer cells and tumours. It’s growth-inhibiting properties have been demonstrated in a wide number of different cancers, including gastric cancer, colorectal cancer, melanoma and neuroblastoma .

2 Anti-metastasis
Artemesinin limits the spread of cancer cells around the body. This was seen in a 2009 study of human melanoma cells, in which artemisinin reduced the cancer’s ability to migrate to new areas .

3 Anti-angiogenic
The herb also reduces the formation of new blood vessels within tumours, which are an important part of tumour growth. In a 2016 study of liver cancer, artesunate was found to decrease vessel development and density, suppressing the blood and oxygen supply to cancer cells .

4 Enhances Other Anti-Cancer Drugs
Artemisinin can also enhance the action of other chemopreventive drugs, such as doxorubicin. Artemisisin and its derivatives can help to overcome drug resistance of cancer cells during chemotherapy treatment. This was shown in a 2002 study using conventional cancer drugs, pirarubicin and doxorubicin.

Do you know about the gift of nature to save the life of people from various health problems and make them feel secure by curing significant issues? How to live healthy in this world without having chronic diseases or illness or any other health issues which may hurt you physically and mentally? Due to dense population, people are trying to demolish the forest, garden areas to create shelter, so they forced to destroy the nature’s gift such as natural ingredients, secret medicinal herbs and more which are grown in wild forest, mountains and other places. When you read this review entirely, sure you will get chance to know about secrets medicinal ingredients, herbs and more used by our ancestor to get back the lost health without losing your life. Claude Davis was highlighted all the stuff in the form of the e-book The Lost Book Of Remedies filled with a list of natural ingredients and remedies that you can quickly grow in the backyard or at free space to include it in your routine diet or external usage to get well soon.

READ MORE : HOW TO CURE CANCER (AND HOW NOT TO DO IT): IT’S MORE COMPLEX THAN JUST KILLING CANCER CELLS & 10 Natural Cancer Treatments Revealed

So our understanding of artemisinin and cancer is expanding all the time, but what about it’s other healing benefits? Let’s take a look…

Anti-malarial – The artemisinin-derived drug artesunate is a well-known and powerful anti-malarial treatment. In third-world countries it’s considered the first line of defence against the disease. Artesunate inhibits and damages important proteins inside the malaria protozoan which are necessary for its survival.

Immunoregulatory – In various autoimmune diseases, such as rheumatoid arthritis and MS, T-cells in the immune system can become autoreactive and continually proliferate. Artemisinin-based compounds have the ability to suppress the proliferation of these T-cells and ease the autoreactive loop . Artesunate has also been shown to provide anti-allergic benefits in conditions such as asthma and other related airway disorders.

Anti-viral – Artemisinin has been found to possess anti-viral properties. A 2016 study found that artemisinin derivatives were able reduce the release of hepatitis virus from host cells .
Anti-inflammatory – Artemisinin can help to relieve inflammation by acting on the inflammatory cascade within the immune system, relieving symptoms associated with autoimmune disorders . 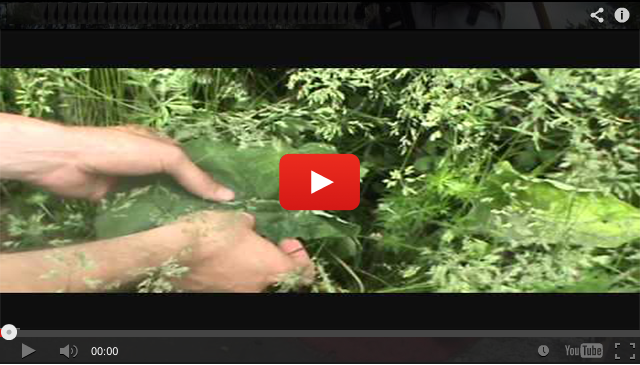 READ MORE : HOW TO CURE CANCER & DISEASES? By Alkalinize Your Body ( NO DISEASE CAN EXIST IN AN ALKALINE ENVIRONMENT)

If you’re interested in artemisinin for health reasons, you can either take the herb in supplement form or by making a herbal tea. Indeed, artemisia have been used in this way for hundreds of years by Traditional Chinese Medicine. The leaves contain healing flavanoids which provide antioxidant benefits, as well as the compound artemisinin and cancer protective properties .

The tea should always be drunk fresh, as it will lose its antioxidant content over time. A 2011 study looking at artemisinin tea infusion found that the most concentrated brews were made using boiling water, and infusing for 2-5 minutes .

Please note: Artemisia tea can be strong and bitter tasting, so you may want to add stevia or honey to your cup. Or try lifting the flavour with other ingredients, which are listed below.

Method
1 Put 1 teaspoon of dried artemisia tea leaves into an infuser and place it in a cup.

2 Pour over freshly boiled water and leave to infuse for 5 minutes, before drinking. 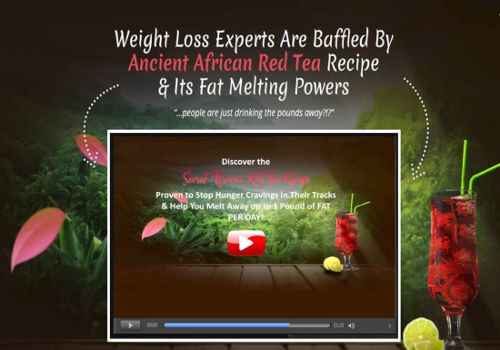