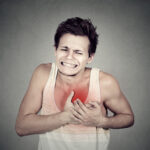 (NaturalHealth365)  As Big Pharma rolls out one COVID booster after another, a record number of people appear to die suddenly for no apparent reason.  Meanwhile, government officials and Big Pharma executives insist COVID shots are completely safe, yet the truth is these injections are causing terrible health outcomes.

Those willing to expand their media consumption beyond the mainstream are learning that a growing number of people suffer illness after taking the shot and die without forewarning.  Conduct a simple online search for “sudden death” or a similar string of words, and you’ll find an avalanche of information about how seemingly healthy people, including young adults and even kids, have passed away after the mRNA injection.

Sort through the facts and figures about sudden COVID shot deaths, and it will become increasingly clear that a trend is emerging that will likely continue across the weeks, months, and possibly even years ahead.  Even the heads of Pfizer and Moderna are on record admitting their injections might cause myocarditis, other heart problems, and additional negative health outcomes.

Government figures published by nearly 40 countries, including that of the United States, Europe, Australia, and the UK, reveal nearly three-quarters of a million individuals have passed away in a sudden manner throughout the dramatic year that is finally coming to a close.  Continue to crunch the numbers, and you will find 20% of the nations throughout the world have recorded nearly a million “excess deaths” in 2022.  The common theme of these nations is their unashamed and unrelenting push to get their citizen to take the COVID shots. Now that official government reports make it clear that the mRNA COVID shots raise the risk of heart problems and death, the stage is set for an organized pushback against the power brokers at Big Pharma and the federal government.

Continue to analyze the figures rolled out by federal governments across the globe, and you’ll find the unvaxxed population throughout the United Kingdom has the lowest death rate per 100,000 individuals across all age groups, including kids.

All in all, Europe has experienced more than a 550% hike in the number of children who died suddenly after the European Medicines Agency (EMA) gave the green light to the gene therapy shots.

The salt in the wound is the fact that the EMA went out of its way to promote the efficacy of the shots.

Sort through the facts, figures, charts, and other relevant data, and you will quickly find that Americans have also suffered a surge of excess deaths week after week throughout 2022.  Those sudden deaths add up to nearly 350,000.

The data also makes it clear that unvaxxed kids are significantly less likely to pass away from coronavirus than those who took the shot.  This trend holds true across all nations where mRNA injections were distributed.  The key takeaway from the vax data is that it causes more deaths than would have occurred if the shot had not been distributed.

What do you think?  Are people of the world being used as sacrificial lambs at the altar of Big Pharma?