After the first exchange of bullets in the Galeana neighborhood, a pursuit  and three confrontations were recorded at different points 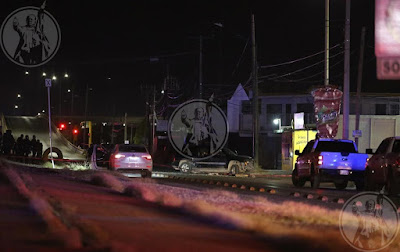 At least four hit men were killed during a confrontation recorded tonight on the Juan Gabriel highway and Aserraderos street near the University Station and the building of the State Attorney General’s Office.

The report indicates that after the attack on elements of unit 877 of the State Security Commission in the Galeana neighborhood, there was a pursuit and three simultaneous confrontations in different parts of the city that left three hit-men dead. 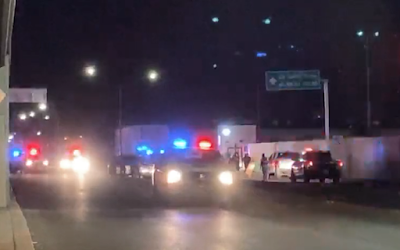 Later this occurred at the State Security Commission Office:
When the police were closing the traffic of the Juan Gabriel Highway and Aserraderos street, where three assassins were killed, strong detonations were heard again tonight, now at the headquarters of the State Security Commission located in Sanders and Eje Juan Gabriel vial
Diario recorded a video where it is heard that the long-gun detonations are intermittent, which again caused the mobilization of police officers from the different corporations. 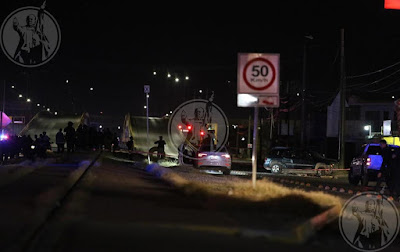 More, Grenades:
Tonight traffic was closed on the Juan Gabriel highway, at the height of the State Attorney General’s Office and the University Station due to the possibility that those responsible for attacking police elements had thrown explosive devices.
An impressive operation was mounted in the area, as it was initially mentioned about the presence of two grenades, which has not been officially confirmed. A van with two suspected people was secured at the scene.
On the other hand, citizens from different sectors have reported persons carrying long weapon  gun fire. One of the points was on the Juan Gabriel and Ponciano Arriaga Road Axis.
Initially, an attack was reported on elements of the State Security Commission in the vicinity of Parque Galeana.


Source: http://www.borderlandbeat.com/2020/05/four-hit-men-were-killed-after-attacks.html
Before It’s News® is a community of individuals who report on what’s going on around them, from all around the world.