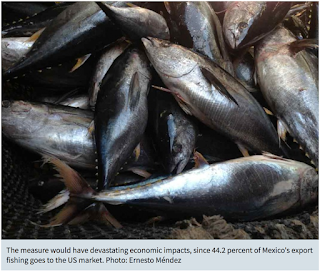 The current fishing embargo against our country that weighs heavily on the region of the Gulf of California, the habitat of the vaquita marina porpoise, would extend to the 17 coastal states of Mexico.

The perfect storm falls on the fishermen of Mexico, who are experiencing a severe crisis due to the Covid-19 health emergency , and who could shortly face new trade restrictions by the United States for the export of their products, due to the inaction of the government of our country ( Mexico) to save the vaquita porpoise from extinction. 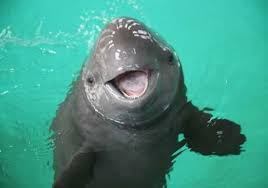 Environmental organizations, the Center for Biological Diversity and the Animal Welfare Institute are trying to force the Donald Trump administration to make a decision on its lawsuit filed since 2014, to prohibit the purchase of all fish and shellfish caught in Mexico , based on the so-called Pelly Amendment.
Plus: Covid-19 leaves the Vaquita Marina porpoises defenseless;
Due to the health emergency caused by Covid-19, the Sea Shepherd organization had to suspend its operations in the Upper Gulf of California where they have been patrolling since 2014 and pulling “ghost nets”.                                       Video Next Page:
In this way, the current fishing embargo against our country that weighs on the Gulf of California region , habitat of the vaquita marina, would extend to the 17 coastal states of the Mexican Republic.
This would have devastating economic impacts , since 44.2 percent of Mexico’s export fishing goes to the United States market , which is our main buyer.
The seafood that is sold to the United States is, among others, shrimp, tuna, lobster, octopus, crab and clam, weighing 97 thousand 131 tons and a value of more than 633 million dollars annually, according to the Bulletin of Foreign Trade in Aquaculture and Fisheries 2018.
According to Sarah Uhlemann, director of the international program of the Center for Biological Diversity , the Government of Mexico is sitting idly by as the Vaquita drowns in illegal fishing nets to capture Totoaba.

“We have tried support, we have tried diplomacy, but we are near the end of the Vaquita. Economic pressure is necessary to compel the Mexican government to finally react and thus stop the vaquita’s extinction, “he said.

For his part, DJ Schubert, a wildlife biologist at the Animal Welfare Institute stressed that the delay of the United States Department of the Interior to respond to his request was excessive and allowed the vaquita to become on the brink of extinction, a species of the that only between 6 and 19 individuals remain.

“The Pelly Amendment provides a tool to compel Mexico to stop illegal fishing and the trade in fishery products to save the world’s smallest and most endangered marine mammal. It is time for the Trump administration to exercise its authority and apply this law, ” he said.
The so-called Pelly Amendment to the Moratorium Protection Law for Fishing with Driftnets in the High Seas, modified in 1978, establishes that the President of the United States is in charge of defining the economic sanctions applicable to countries that engage in illegal fishing, not declared and unregulated; as well as by-catch of protected marine resources. 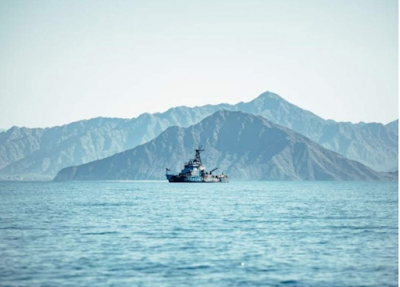 Due to the Covid-19 health emergency , the Sea Shepherd organization had to suspend its operations in the Upper Gulf of California, where it has been patrolling the vaquita’s habitat since 2015, in an operation dubbed “Miracle”, and which has cost him over time attacks with anchors, molotov bombs and firearms.

In mid-March, the crew first decided not to accept observers or guests on board in order to avoid contagions, and then, in early April, to dock their two ships in Mazatlán, Sinaloa and leave for home in order to pass the quarantine in a safe place.

The latest estimate of the International Committee for the Recovery of the Vaquita (CIRVA), is that there are only six to 19 specimens of this species in critical danger of extinction. 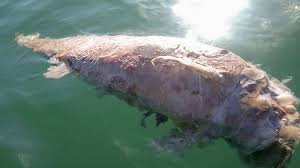 Last March, a video circulated on social networks where illegal fishermen are observed trying to remove a net from a dead vaquita specimen on top of a smaller boat (panga). 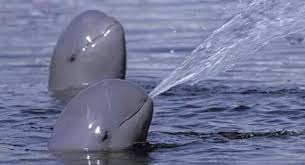 The temporary withdrawal of the conservation organization from the area coincides with the increase in the illegal capture of Totoaba fish, which according to testimonies recorded on video and released by Excelsior, nothing stops it, regardless of the pandemic or the recent expansion of the embargo. fishing against Mexico by the United States, in response to the null results in the protection of the world’s most endangered marine mammal.

The Totoaba is taken only for its valuable swim bladder, which is sold on the black market by Mexican DTOs / Cartels for exhorbitant prices, hence its nickname “Cocaine of the Sea”; mostly to China for all the usual “aphrodisiac qualities”. Since the Totoaba fish has been off limits for years fishermen poach the fish with nets , mostly at night, harvest the bladders, and throw the flesh of the fish back to the Sea along with any other by catch.

Conservation Organizations , including the Center for Biological Diversity have filed a lawsuit seeking trade sanctions as well. For the complete Press Release re: the lawsuit use the link above.

The lawsuit, filed by the Center for Biological Diversity and the Animal Welfare Institute against the U.S. Department of the Interior, explains that vaquita become entangled and drown in Mexican fishing gear set to catch Totoaba, an endangered fish. As few as 10 vaquita remain, and if Mexico continues to allow illegal fishing and trade, international scientific experts predict, the tiny porpoise is doomed to extinction.

“Mexico is still sitting on its hands while vaquita after vaquita dies in fishing nets,” said Sarah Uhlemann, international program director at the Center for Biological Diversity. “We’ve tried advocacy, we’ve tried diplomacy, but we’re near the vaquita’s end. Economic pressure is necessary to force Mexico to finally wake up and stop the vaquita’s extinction.”

Mexican law prohibits totoaba fishing, and trading in totoaba is banned under the Convention on International Trade in Endangered Species of Wild Fauna and Flora (CITES) because the totoaba is endangered. Yet Mexico has repeatedly failed to enforce these bans.

You can Search for my past posts on the subject by using the Search Engine or Archives.
PS: Check out this cool link about the Vaquita Marina Porpoise and Film makers: VaquitaFilms.com


Source: http://www.borderlandbeat.com/2020/06/new-us-sanctions-on-mexico-over-vaquita.html
Before It’s News® is a community of individuals who report on what’s going on around them, from all around the world.