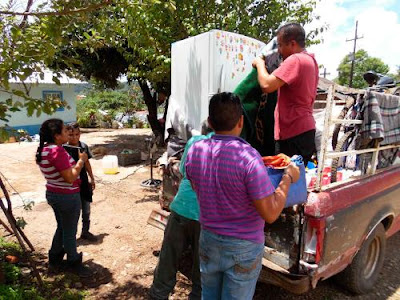 By Sibely Cañedo, Marcos Vizcarra, Sheila Arias
This is story of how organized crime is linked to mining expansion in the Sierra of the Golden Triangle, where the mineral extraction industry has thrived on land taken over from people displaced by violence.
The day after the mining heist of the century in Sinaloa on April 8, 2015, Canadian businessman Rob McEwen came out to give a strong statement: “Cartels are active in that region, and in general, we have good relations with them.”
The founder and chief executive of McEwen Mining expressed himself in this way regarding the assault, allegedly at the hands of armed people, in which his company lost $8.4 million in gold from the El Gallo mine, located in the municipality of Mocorito.
“If we want to go explore an area, we ask them and they say no. But then they tell us to come back in a couple of weeks, when their affairs are over,” McEwen said on a financial news channel in Canada.
In less than two days, and after an international uproar, he clarified that his statements had been a “misunderstanding.”
Nothing was ever heard of the famous robbery. Investigations remain open and under reservation. For many it was an inside job. But he sowed doubt: do mining companies operate under the protection of drug traffickers, who exercise control in the Sierra Madre Occidental, in this state of northwestern Mexico? 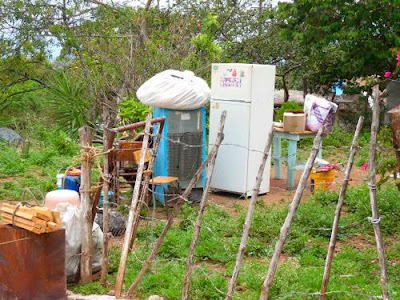 What is a fact is that, although the mountain range became a disputed territory between the Sinaloa and Beltran Leyva drug cartels, with fierce battles, killings and people displaced from their land, mining not only did not stop producing, but also production increased in both volume and revenue.
Thus, from 2006 to 2016, Sinaloa saw the value of its mining production more than double (112%), from  1.722 billion pesos [about $81 million USD] to 3.646 billion pesos [about $170 million USD], highlighting a state producing gold, silver, lead, copper and zinc in the national arena, even in municipalities where violence has remained constant: Choix, El Fuerte Fuerte , Cosalá, Badiraguato, San Ignacio, Sinaloa, Concordia and Rosario.
The determination to locate and exploit minerals is booming, motivated by rising metal prices. This was reflected in the number of mining claims filed and the rights granted in the areas claimed. As of February 2019, there were 487 mining rights in force and 112 projects in Sinaloa, of which only about 20 are active and the rest were under exploration, according to data from the State Secretariat of the Economy.
However, the tax benefits that leave municipalities are scarce, as they have only been taxed at the local level since the 2014 property reform.
To put this in perspective, to consider the period in which the figures are available, the following fact is useful: from 2014 to 2016 miners paid 1.18 million pesos [about $55,000 USD] to the Mining Fund for Sustainable Regional Development in Sinaloa, only 1.22% of the value of mineral production calculated for those years.
In addition, this doesn’t take into consideration that not all mining companies place their headquarters  in the places of operation for tax purposes, which means that sometimes taxes do not reach the localities affected by the social and environmental impacts of the extractive industry.
This is explained by the economist Carlos Bruno Fiscal, of the Autonomous University of Sinaloa (UAS), who further notes that mining contributes only 1% of state GDP. Meanwhile the Secretary of the Economy  has produced data showing that mining generates about a thousand jobs in the state.
Outside of this millionaire robbery—there has been no assault like this since the time of the Revolution, when rebels attacked the estates in revenge for looting and ill-treatment of their workers—mining and drug trafficking have shared territory in the vast mountain range linking the states of Sinaloa, Chihuahua and Durango, with no altercations that curb extractive operations. “On the contrary, it seems that the more violence the more mining grows,” says researcher Juan Manuel Mendoza Guerrero, leader of the UAS academic body on Migration and Regional Development.
According to the data reviewed while researching this article, in 11 of the 18 municipalities of Sinaloa, at least 234 communities have been displaced by violence from 2006 to 2018; of which 230 are located in territories where mining and exploration activity occurs, although the causes are not always attributed to mining.
The municipality of Sinaloa de Leyva stands out with more than 60 communities driven out, as well as Concordia with 33, Mazatlan with 23, Rosario with 19 and San Ignacio with 17, counting the communities that have been affected.
However, the tax benefits that leave municipalities are scarce, as they have only been taxed at the local level since the 2014 property reform.
Although there are no official records, organizations for the defense of displaced people that have been formed in Sinaloa have documented 1,800 families in total, some 9,000 people. Meanwhile, the Commission for the Defence of Human Rights in Sinaloa (CDDHS), an independent organization, estimates about forty thousand people have been displaced since 2007.
Going back has not been an alternative for the vast majority, who continue to seek work in major cities in the state, because their lands are occupied by crime groups. In some regions, pacts between mining companies and armed groups in exchange for protection have been reported.
This is the case of San José de Gracia, a community nestled in the mountainous area of the municipality of Sinaloa de Leyva, in the north, where environmental inspectors can only get there by air either because of the rugged mountains or for fear that armed groups control the area. This is where Dyna Resource Company, whose managers claim that contrary to the violence in the area, the mine helps many people who found no other legal path to employment.
But the way mining relates to communities varies from region to region.
At the other end of the of the state, the rich gold and silver deposits have been the curse of the inhabitants of Rosario and Concordia who, since 2012, have seen their friends and family killed and have had to suffer the uprooting of their communities by the violent clashes between armed groups, which are largely caused by struggles for control over mining.
In this region, mining is an activity where drug traffickers not only seek to dominate the territory to charge “fees” to mining companies, as happened in 2017, but people linked to the mafia actually appear as the very owners of mining rights and participate directly in the operation and management of mines, according to multiple witnesses.
One of the effects of insecurity is the depopulation of mining areas, which allows the industry to carry out its operations virtually unopposed, while in other parts of the country, dozens of socio-environmental issues related to this activity have been addressed before the approval of massive projects.
In this story we will learn how the presence of organized crime, mainly from armed groups in the service of narcos—planned or not—has paved the way for the expansion of transnational mining companies, mostly Canadians, who have at least 44 percent of the mining rights granted to carry out prospecting and extraction work in Sinaloa, including some ten active projects dedicated to mining gold and silver.