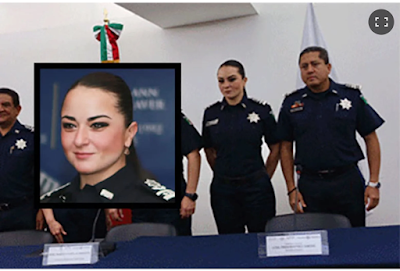 Frida Martínez is accused of an alleged deviation of 2.5 billion pesos. Photo: Archive

The former Secretary General of the Federal Police, Frida Martínez Zamora, and  former right-hand  to the former Secretary of the Interior , Miguel Ángel Osorio Chong , filed an injunction against the arrest warrant against her for crimes of organized crime and operations with resources of illicit origin, derived from an alleged diversion of 2,500 million pesos.
In her claim for guarantees, which has not yet been admitted for processing, she indicated that police agents have been looking for her at homes in the State of Mexico.
“When going for personal and professional reasons to the State of Mexico on different dates, we learned from family and friends that in various buildings located in the Second Judicial Circuit (State of Mexico), people who were shown as police agents -without specifying a corporation- they have been investigating around the homes, schedules and activities of the subscribed, under the pretext of achieving compliance with an arrest warrant, ” details her amparo protection.

Who is Frida Martínez Zamora?
For 16 years, Frida Martínez has been the operator of former secretary Miguel Ángel Osorio Chong and has held key positions during the career of the Hidalgo politician.

Frida Martínez was secretary general of the Federal Police, responsible for administrative matters, a police corporation that in the last administration depended on the Ministry of the Interior. 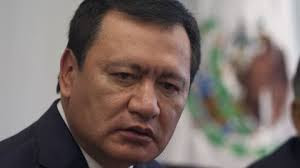 She was Osorio Chong’s representative before the Electoral Institute when he was a candidate; when he became governor of Hidalgo, as well as its general director of Material Resources and Acquisitions in the Mayor’s Office. At Cisen, with Osorio Chong in Segob, she was head of the Administration, Finance and Human Development Unit.

Alberto Roldán Olvera, Fifth District Judge on Amparo and Federal Trials in the State of Mexico, instructed the complainant to clarify in which place the claimed act may be executed within a period of five days, meaning any place where the person against whom the order is directed can be located, for example, his own address. The judge made it clear that this requirement is essential to determine the jurisdiction of the matter.
The foregoing, because “there is no certainty as to whether the requested order can be executed in the territory where this court exercises jurisdiction or in a different one; In addition to the fact that from the previous transcription they refer that, they go to the State of Mexico occasionally, without mentioning to which specific part of said federative entity, since it should not be forgotten that the Second Circuit is divided into three different constituencies, namely: Toluca, Naucalpan and Nezahualcóyotl ”, mentioned Roldán Olvera.
In August, a control judge of the Federal Criminal Justice Center assigned to the maximum security prison of the Altiplano, ordered the capture of Frida Martínez and Jesús Orta Martínez, also former secretary general of the PF and former secretary of Citizen Security of the City of Mexico, plus 17 other people. 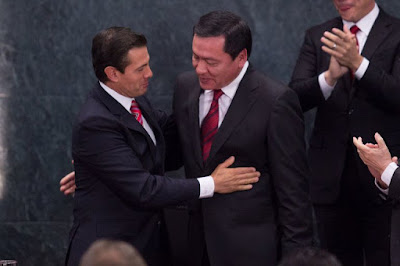 EPN with MAOC
The Enrique Pena Nieto Administration:
The Office of the Attorney General of the Republic (FGR) allegedly issued arrest warrants against 19 officials of the previous administration, of the now defunct Federal Police and National Security Commission (CNS), and who worked closely with Osorio, current coordinator of the bench of the Institutional Revolutionary Party (PRI) in the Senate.
These arrest warrants are derived from the investigations carried out by the Superior Auditor of the Federation (ASF) in the review of the Public Accounts of the previous administration, in which it has found irregularities and deviations for several billions of pesos.
Among these officials involved, the cases of Jesus Orta , who was secretary general of the Federal Police, during the first years of Peña Nieto’s six-year term and until his departure in 2014, as well as general director of administration in the Executive Secretariat of the National Public Security System.
Noteworthy is the case of Frida Martínez Zamora , who has worked with Osorio Chong since she was governor of the state of Hidalgo, and who took over as secretary general of the Federal Police upon the leaving of Jesus Orta. 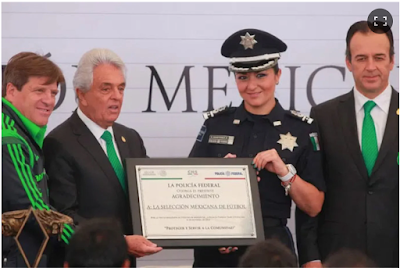 Various inflated payments are being investigated in the purchase, maintenance and leasing of equipment and vehicles; including that of an espionage system, ‘Integral Intelligence Solution for Monitoring of Social Networks and Smart Location’, for which 500 million pesos were paid to foreign companies, although the ASF estimated that its real value was only 20 million .

A contract for 170 million pesos in equipment that was not delivered by the supplier is also being investigated ; another for 800 million in patrol and surveillance services requested from a private company, but which were never proven to have actually been carried out.
There are anomalies for 8 billion pesos during the 2018 fiscal year. And there is a lack of documentation and reports of results that justify some 42 million delivered to various officials as public and national security expenses.
Apparently, almost all the officials involved in these investigations occupied administrative areas, which in fact managed the instructions of their superiors, among whom was Osorio Chong himself.
Faced with this situation, there have been many who warn of the imminent danger facing the former Secretary of the Interior, who could be severely implicated by the testimonies presented by the 19 officials who are allegedly investigated by the FGR.
“The hunt has begun. The former Secretary of the Interior of Enrique Peña Nieto is beginning to be surrounded from all sides, ” says Héctor de Mauleón in his column this Monday in El Universal.
For his part, Raymundo Riva Palacio, in his El Financiero column , warns that “ A criminal accusation is on the horizon, but it will depend on whether his inner circle, faced with evidence of his guilt, adheres to the criteria of opportunity to avoid sanctions older, and begins to talk about how high the orders for the diversion of money that supposedly should have been used in fighting criminals reached ”.
In addition to the investigations of the FGR against his former collaborators, Osorio Chong also faces an investigation by the Ministry of Public Function (SFP), for an abrupt increase in his assets, of 14 million 57 thousand 404 pesos, whose origin has not been explained or justified.
This alleged irregular enrichment occurred precisely when Osorio Chong was in charge of the Ministry of the Interior, between 2014 and 2017, during Enrique Peña Nieto’s six-year term.
On the other hand, it should be remembered that the name Osorio Chong has also been mentioned in the midst of the scandal of the investigation into the former director of Pemex, Emilio Lozoya, accused of money laundering, criminal association and bribery, in the cases of purchase and sale Fraudulent of the Agro Nitrogenados plant.