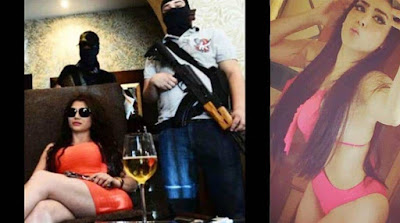 Claudia Ochoa Félix was nicknamed “The Anthrax Empress”. She was singled out for being the leader of the armed wing of the Sinaloa Cartel, the fearsome “Anthrax.”   This accusation haunted her for her entire life until September 14, 2019, just a year ago, when she was found dead in Sinaloa.
The accusation against Ochoa Félix came after the arrest of José Rodrigo Aréchiga Gamboa,” El Chino Ántrax “, head of “Los Ántrax” on December 30, 2013 in Amsterdam, Holland.
After the fall of ” El Chino Ántrax “, Ochoa Félix was in command of “Los Ántrax”, according to various media reports at the time.   The link between the “Empress” and “Los Ántrax” was because Ochoa Félix would have at some point been a sentimental partner of Aréchiga Gamboa.
The social media posts of ” The Anthrax Empress ” did not help her much: She posed with high-caliber weapons, designer clothes, alcoholic beverages, wads of bills, luxury cars and huge mansions.   Their publications were very similar to those of the so-called “narco-juniors”, the sons of drug lords who presume their life of luxury from drug trafficking.
Among them were the children of “El Mayo” in addition to “El Chino Ántrax”.  So, she continued to be singled out by the media as the head of “Los Ántrax”.
Without any accusation from the Mexican or US government against her.
Consequently, Claudia Ochoa Félix was forced to conduct a press conference to tell the media that the accusations against her were untrue, and she rejected the notion of her  being part of “Los Ántrax”, as well as any other criminal gang.
Javier Valdez, the late writer and journalist expert on security issues, said at the time that, in effect, there were no signs that Ochoa Félix is part of “Los Ántrax.”
Subsequently,  Ochoa Félix disappeared from the drug trafficking map and was no longer associated with this criminal activity or with any other drug lord. 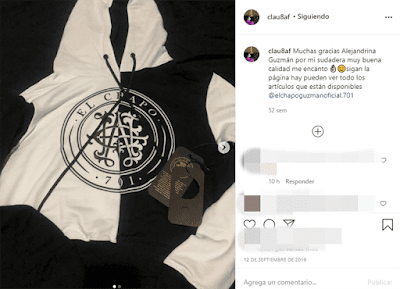 Her name resurfaced a year ago when she passed away. The Sinaloa prosecutor’s office detailed that the causes of death was not from violence or homicide.
The authorities indicated that the death of ” The Empress ” was the result of the intake of alcoholic beverages and other substances that she consumed.
An Instagram post is the only thing that could link Ochoa Félix with the ” El Chapo” clan. These are a couple of photographs of a sweatshirt from the ” El Chapo 701″ brand, inspired by Guzmán Loera and belonging to Alejandrina Guzmán Salazar, daughter of the capo.
In the post, a few days before her death, she thanked Guzmán Salazar for the clothes: “Thank you Alejandrina Guzmán for my sweatshirt, very good quality, I love it. Follow the page, there you can see all the articles that are available.”
Alejandrina is the sister of Iván Archivaldo and Jesús Alfredo, ” Los Chapitos “, heads of a criminal wing of the Sinaloa Cartel.
In an attempt to continue linking Félix Ochoa with drug trafficking , it transpired that her brother, Sergio Ochoa, was the partner of one of Joaquín Guzmán Loera’s daughters , ” El Chapo “, and therefore brother-in-law of ” Los Chapitos ” who inherited the criminal might of his father.
However, that would be false, since Sergio – who constantly publishes on social networks – has a woman as a partner who has nothing to do with the Sinaloa Cartel.
Sergio’s partner, identified as Eli , even a few days ago published a post on Instagram where she remembers her sister-in-law the ” Empress of drug trafficking .”  “I can say that people talk for the sake of talking, that they invent things [...] You are a woman worthy of admiration in every way [...] We miss you, and although you are gone, we rest on the promise that God gave us” , is a fragment of what Eli wrote to Ochoa Félix . 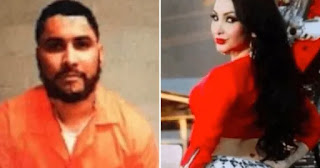 For his part, ” El Chino Ántrax ” was assassinated in Sinaloa last May, after escaping from supervised  arrest a year after serving his sentence in the United States.
With the murder of Arechiga Gamboa, “Los Ántrax” as the armed wing of the Sinaloa cartel disappeared from the drug map.
According to a document from the Attorney General’s Office (FGR) in possession of La Silla Rota, the Sinaloa Cartel has 10 criminal cells.  In this, ten criminal cells of Sinaloa referred to by federal authorities “Los Ántrax” do not appear, they are practically extinct.