The former Secretary of Defense in Mexico, General Salvador Cienfuegos, was detained at California airport his first hearing was yesterday in Los Angeles 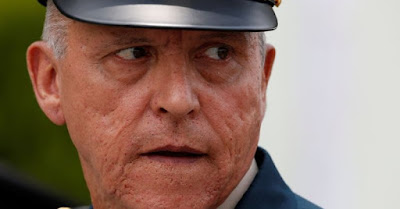 The audience of Salvador Cienfuegos Zepeda, former head of the Ministry of National Defense (Sedena) with Enrique Peña Nieto, it barely lasted five minutes, where he heard the three charges against him related to drug trafficking; His next hearing will be on Tuesday, October 20, at 1:00 p.m., it is speculated, in New York.

The retired general was detained the night of this Thursday, October 15 at the California airport, USA, when he arrived with his family. The arrest warrant was issued by Magistrate Judge Vera M. Scanlon since August 14, 2019.

Via video, they were read three counts of conspiracy to the manufacturer, import and distribute drugs, plus a money laundering charge.

In his appearance, Cienfuegos Zepeda  said he understood the accusations against him, as he confirmed that he read them in Spanish.

He will remain at the Metropolitan Detention Center in Los Angeles, California, pending his next appearance in court. Although his transfer was not resolved at the hearing, could be taken to New York where his case lies.