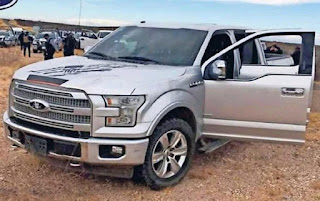 33 cases have been registered, most of them related to clandestine graves.

The state of Chihuahua ranks third nationally for the number of atrocities reported in the first month of this year, this when registering 33 cases, the majority has to do with clandestine graves, according to the report of atrocities registered in the media of the organization Causa en Común.

The document points out that the first case of this type of atrocities was on January 2, when at least 15 bodies were found in Chihuahua capital, while the last recorded in the month was on January 27, when a man with traces of torture was found in Ciudad Juárez.

However, there is a case of multi-homicide by a family, whose information was released on January 11, which points to a man who hacked his wife and children of 6 years and 3 months in the municipality of Morelos, whose events were recorded on December 29, 2020.

In this context, according to the records of Causa en Común, the state of Chihuahua reported 33 atrocities, the majority with 15 being clandestine graves; seven cases of torture; five massacres; three murders of children and adolescents.

It also records two murders of women with extreme cruelty, it also already registered the first murder of an activist, this on January 2 in Juárez City, which is in addition to another case in Oaxaca, being the only two in the country. According to the records of atrocities in the country, the state of Chihuahua is surpassed by Guanajuato with 43 cases and Jalisco with 36, however Veracruz and Baja California have already exceeded 30 cases, while at the national level 453 cases of atrocities registered in the media have been perpetuated.

On the other hand, the five states with the most victims of atrocities registered during the month of January of this year were Guanajuato with 66, Zacatecas with 53, Jalisco with 45, Chihuahua with 39 and Sinaloa with 37.

On the other hand, the states with the lowest number of victims of atrocities registered this month were Colima with 4, Aguascalientes with 3, Baja California Sur with 1 and Coahuila with 1, while Campeche, Nayarit, Querétaro and Yucatan did not register any victims since there were no atrocities in these entities during the month.

Torture is the most frequent atrocity in the country with 84 cases, the clandestine graves are 73, the burnings were 61, the dismembering and destruction of corpses reached 54, while the number of massacres was 50, the rest are other types of atrocities.

Causa en Común points out that the records of events cataloged as atrocities cover the entire country, concentrating the largest number in the states of Guanajuato, Jalisco, Chihuahua, Veracruz, Baja California, Jalisco and Zacatecas.