What was behind the fire at the mansion with pools and tunnels of “El Marro”, former leader of the Santa Rosa de Lima Cartel?

Over the weekend, , ie, the last weekend in January; one of the operational centers of José Antonio Yépez, the jailed leader of the Santa Rosa de Lima Cartel, was set on fire in a region cornered by the terror of criminal organizations. That weekend, an armed group broke into one of his most emblematic operational centers. 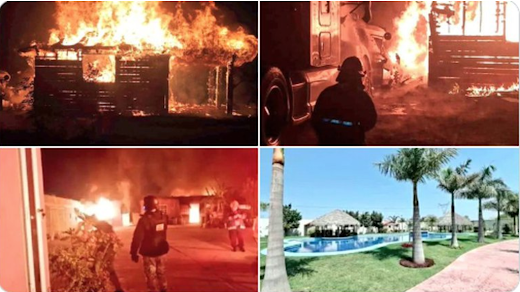 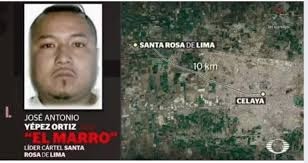 For this cartel founded by “El Marro”, Celaya constitutes one of its main areas of operations. Saucedo describes in the article “The Battle of Celaya” is far from over  and that the CSRL has a broad economic system in this municipality.

The troops of the Jalisco Nueva Generación Cartel (CJNG) , in Guanajuato, have set fires to various buildings this last Saturday of January in the city of Celaya and other surrounding rural communities as part of the “Winter Offensive” of this criminal organization. One of the homes that was set on fire is known as “the pool house”, a mansion seized by the Attorney General of the State of José Antonio Yépez, “El Marro”.

According to the security specialist and analyst, David Saucedo, since last year, the CJNG sent its cells stationed in the entity to conquer more municipalities in the power of rival criminal groups such as the Santa Rosa de Lima Cartel.

One of the reasons for the resurgence of violence in Celaya is the advance of the forces of Nemesio Oseguera Ceravantes,  “El Mencho ” , leader of the CJNG. After the capture of “El Marro” in August of last year, the Santa Rosa de Lima Cartel lost some municipalities in its power, due to the fact that the CJNG agreed and negotiated with the chiefs of the local criminal group. Their strategy has consisted of fighting and negotiating, says Saucedo. 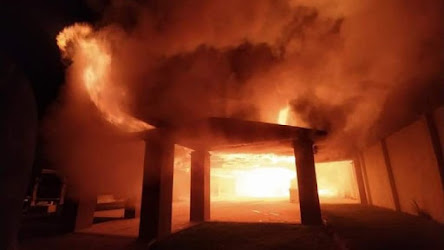 The pool house was one of the buildings damaged by the CJNG troops (Photo: Twitter / ghostdevil)

The confiscated luxury estate in the Bajío:

In the town of San José de Guanajuato, 20 minutes from the center of Celaya and four hours from Mexico City, the “pool house” lies alone and abandoned. It is a ostentatious paradise, but uninhabited. Its owner is one of the most relevant men in the crime of huachicol, ie, theft of hydrocarbons; José Antonio Yépez Ortiz , alias “ El Marro ”, leader of the Santa Rosa de Lima Cartel and currently imprisoned in a maximum security prison. 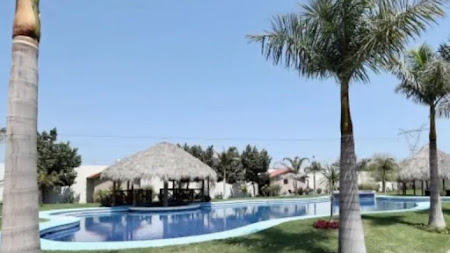 Since 2018, the Mexican government has made the dismantling of this organization a top priority. However, in the purest style of Joaquín “El Chapo” Guzmán, “El Marro” managed to escape several times through a series of tunnels that connected four properties, and until then, the Government has not been able to stop him . 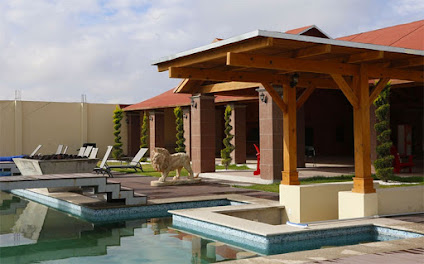 The house has seven pools on different levels of platforms, large gardens, interiors with finely worked wood walls and some opulent decorations such as the lion sculpture that rests in the main entrance.

According to the outlet, the property is next to a trailer park that is entered through a blue gate. Supposedly it is a front company, which would have been used by the Santa Rosa de Lima Cartel to launder money from its profits from trafficking in stolen fuels.

Although the “El Marro” has been dedicated to the theft of fuel for a decade, He gained notoriety in October 2017, after sending a strong warning to the Jalisco Nueva Generación Cartel (CJNG).

Since then, the bloody war between the two groups for control of Guanajuato has plunged the state into the most violent period in its recent history.

I do believe we may have missed this story as BB relaunched in late January 2021.