Pedro Pablo Uriostegui Salgado, former mayor of Teloloapan, Guerrero, was found dead in the municipality of Ixcateopan de Cuauhtémoc. His family says that he was kidnapped a few days before he was found dead. Urióstegui Salgado was brutally tortured, beaten, and shot multiple times on the face.

According to local media reports, Uriostegui Salgado had ties to Los Tlacos, a criminal group based Heliodoro Castillo Municipality. They are currently fighting against La Bandera (also known as Guerreros Unidos) for control of Iguala, Cocula, Tepecoacuilco, Huitzuco, and other municipalities in northern Guerrero.

Pedro Pablo Urióstegui Salgado became a political activist in 1993, when Guerrero was holding state-wide elections. At that time, Urióstegui Salgado was part of a radical political organization that participated in several blockades of the Iguala-Ciudad Altamirano federal highway, an action that brought him law enforcement attention.

After spending a few years in prison and away from public life, Urióstegui Salgado returned to the spotlight in 2005 when he announced his return to politics as a member of the Institutional Revolutionary Party (PRI).

In 2013, his son Tomas Urióstegui García, 27, was kidnapped. In response to his son’s kidnapping, Urióstegui Salgado organized a self-defense movement in Teloloapan.  He argued that the community was fed up with kidnappings, murders, and extortion. Some investigators say that his self-defense group was ties to organized crime. 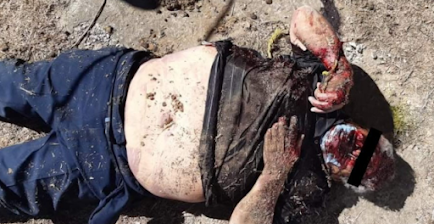 Urióstegui Salgado pointed out to the mayor Ignacio de Jesús Valladares and the local deputy Royer Arellano Sotelo had ties to a local drug cartel and were responsible for kidnapping his son. He accusing them of working with Santana Ríos Bahena, an international melon exporter who local journalists say had ties with La Familia Michoacan. Urióstegui Salgado publicly sent a message to then governor Ángel Aguirre Rivero and to President Enrique Peña Nieto to “intervene”.

At the time of his death, Urióstegui Salgado was an active supporter of Félix Salgado Macedonio for Governor of Guerrero. Urióstegui Salgado had three active arrest warrants for electoral violations, battery, and for damages to communication instruments.

He owned several properties in Teloloapan and was widely regarded as a cacique (local political boss).