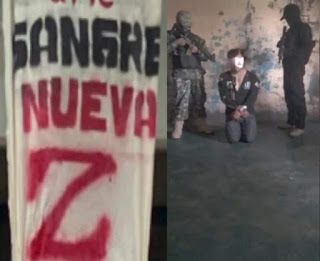 As reported by Raymundo Riva Palacio for El Financiero

On February 1st, in the National Palace’s security cabinet, the general Audomaro Martínez, director of the National Center of Intelligence, presented a detailed report about Sangre Nueva Zeta, a criminal organization that was nothing two years ago and is now associated with the Cártel Jalisco Nueva Generación, which has expanded through the territories dominated by the “huachicoleros” (fuel thieves) where they arose. They are no longer considered a minor criminal group, instead a structure that in little time gained force, money, power and armed capacity as a consequence of the void in strategy for combating criminal organizations, and has become the first major birth during the government of president Andrés Manuel López Obrador.

The beginnings of this organization where towards the end of 2019 when a narco banner appeared in Puebla that was attributed to a group, Sangre Nueva Zeta, that was unknown at the time and was dismissed by authorities as merely a threat, although they did not investigate. Neither was there greater attention by the federal government and, as happens when such negligence occurs, the group grew. Slightly more than two years later the Fiscalía General de la República detained two supposed leaders of this organization identified as Jalit Cano, nicknamed “El Mamer” and Juan Antonio González, “El Barbas”, who were sought for the presumed crimes of fuel theft, extortion, retail drug sales and vehicle assaults, but it was way too late. 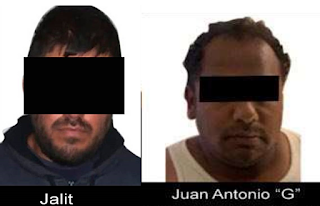 Sangre Nueva Zeta, which emerged from the “huachicoleros” that worked for Los Zetas, was strengthened and extended their sphere of influence beyond the so called Red Triangle that is made up of the municipalities of Acajete, Acatzingo, Palmar del Braco, Quecholac, Tecamachalco and Tepaca and entered with force to Veracruz and Tlaxcala, under the general leadership of Roberto de los Santos de Jesús, nicknamed “El Bukanas”, who had trained lookouts of Los Zetas to become hitmen. According to the military intelligence reports this organization probably is also now operating in San Luis Potosí, disputing the plaza with Los Zetas.

Ever since he began converting himself into a problem for the theft of fuel in the region in 2012, “El Bukanas” figured as the head of the criminals, without the federal authorities acting against him, in good measure because the government of the president Enrique Peña Nieto did not want to do anything to help the then governor of Puebla, Rafael Moreno Valle, who they saw as a dangerous electoral adversary.  Neither has the new government of president Andrés Manuel López Obrador done anything against this group and now Sangre Nueva Zeta works in alliance with the Cártel Jalisco Nueva Generación, which is considered the most important transnational criminal organization in Mexico and among the top of the world. 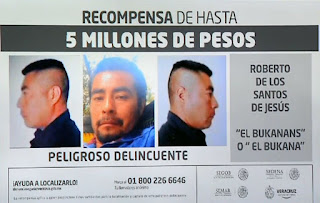 Sangre Nueva Zeta has extended its criminal portfolio to the trafficking of cocaine, theft, kidnapping and extortion; it could grow because the announced war against the “huachicoleo” in December 2018 in reality was not such, instead it served as a political recourse to hide the shortage of gasoline that occurred since the transition due to the wrong decisions of Octavio Romero Oropeza, who assumed the direction of Pemex. The theft of fuel did not stop. In August of last year information obtained through Transparency showed the other side of official discussion. The number of clandestine taps was 934 in that month, 113 more than in July. From January to August 6,739 clandestine perforations were registered; Hidalgo was where the majority of them were found, with the municipality of Cuautepec de Hinojosa topping the list, which is towards the border with Puebla, the state with the second highest amount of these types of crimes.

Pemex informed that the theft of fuel had been reduced in 2020 from 74,000 barrels a day in December 2018 to 5,640 two years later, without mentioning the increase in the clandestine taps that had a tendency to rise in the second part of last year, nor explain why the levels of legal gasoline sales did not drop in the country. Nevertheless, information obtained by the press via Transparency revealed that until fall of last year the theft of fuel stayed at the same levels as the last year of the administration of Peña Nieto. At the end of 2020 Puebla, along with Hidalgo, Mexico City and Guanajuato, where the distribution infrastructure of Pemex in concentrated, is where the majority of the clandestine taps were located.

The reporters Jonathan Nácar and Luis León have documented how the theft of fuel has in only 15 years become one of the most profitable illegal businesses, along with drug trafficking, trafficking of weapons and sex slavery, and is currently being committed in 25 states of the country.  Internal documents of Pemex estimate that from each clandestine tap 119,000 liters a year can be extracted, which can generate illicit gains, each one over 250 million pesos. Additionally the “huachicoleo” augments criminal incidences. Just in Puebla the number of crimes such as homicides, extortion, kidnappings and theft on highways increased 540% during this timeframe and the records for extortion grew from zero to 122.

The cover up of the shortage of gasoline, product of the incompetence of the new government and from the strict dismissal without analysis of personal with experience, created combat against “huachicol” in word only and has occasionally has turned to serve as a presidential narrative. Outside the sphere of public opinion the government is losing the battles against the criminal groups. The clearest example for the public is the never ending violence in Guanajuato, which the former Secretary of Security, Alfonso Durazo promised to end when they took out the leadership of the Cartel de Santa Rosa de Lima. What has still not been seen is the presentation by the director of civil intelligence in the security cabinet showing the growth of Sangre Nueva Zeta, the first cartel born in the government of López Obrador.