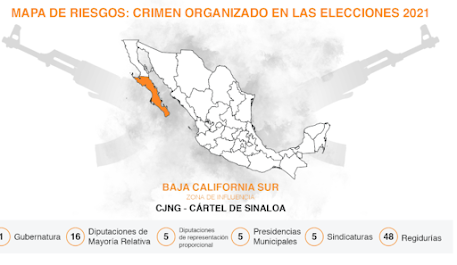 These, except Tlaxcala, are nerve centers in drug trafficking and production , for which the cartels will try to secure territory and electoral space.

The phenomenon of drug leakage at the polls is regional in nature . According to experts, the main drug cartels are feudalized confederations in permanent war with each other. Their thing is the control of the local territory, for the moment. This does not make it any less worrisome.

This year is not the first in which the narco intends to ostensibly intervene in the elections. In 2018, the deaths of at least 49 candidates who were executed with the uses and customs of organized crime were recorded. Clearly, these murders were an extreme measure in a process of disagreements between the political class and the local criminal power. 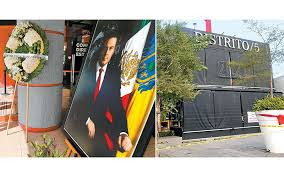 At the end of last year was the assassination of former governor Aristóteles Sandoval, in the District 5 bar in Puerto Vallarta. On Monday of last week, February 8, a shooting took place outside the traditional Los Otates restaurant, located in the most exclusive commercial area of ​​Zapopan, where a man was picked up. Both attacks occurred in places that, in principle, should be well protected. Someone, surely linked to the CJNG , undertook the task of planning them with great care, of shifting his influence to get the location of the targets and, at least in the case of District 5, of weaving complicity or threatening the personnel.

We still don’t really know what happened in Los Otates. Some central details have been handled with secrecy, such as the identity of the man who was raised. However, I venture to think that there could be a common thread between the assassination of Aristóteles Sandoval and the shooting of February 8, and that this thread runs through the political arrangements towards this year’s elections.

The first key to explaining what has happened in Jalisco in recent weeks is to understand what former governor Aristóteles Sandoval was up to. What knowledgeable people from Guadalajara tell me is that –in one of the many turns of politics– Sandoval had broken with the PRI and was beginning to build his own political force, which would immediately support his old rival, the current governor Enrique Alfaro , ahead of the elections next June. In fact, in the weeks prior to his assassination, Sandoval was operating strongly to summon social leaders and businessmen to join forces with him and Alfaro. 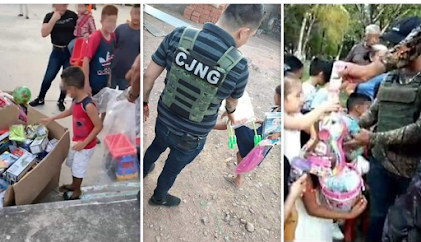 The second key to understanding the high-profile murders in Jalisco has to do with the CJNG’s political project . There are signs that “El Mencho” and his people also want to fully enter this year’s elections. Let’s not forget that during the pandemic “El Señor de los Gallos” (as Mencho is also called) has dedicated himself to promoting his personal image through the distribution of pantries, both in colonies of the Guadalajara Metropolitan Area and in other towns of Jalisco. The CJNG has also been very active in finding jobs for people who have become unemployed in some communities in the west of the country.

The next logical step is to capitalize on the social roots that the CJNG has consolidated in the last year to guarantee that those who remain with the municipal presidencies align with them; tell people that “El Señor de los Gallos” , the one who distributes food pantries and gets jobs, recommends voting for this or that candidate. If “El Mencho” is indeed thinking of sponsoring candidates, he could become the decisive actor in the next elections. He not only has resources to spare to finance campaigns. It should not be forgotten that, unlike other criminal groups that have ventured heavily into politics, such as Los Caballeros Templarios in Michoacán and Los Rojos in Morelos, the CJNG has a national presence. According to monitoring by Lantia Intelligence, CJNG activities have recently been reported in 315 municipalities scattered in 28 states (not counting the dozens of local groups that operate in alliance with Mencho ).

Of course, the CJNG is not seeking formal party registration. They do not need it. Like other criminal groups that have entered elections in recent years, ”El Mencho’s” group is pragmatic and will not be shy about approaching politicians of all affiliations. That is why the figure of Sandoval probably hindered them, because he became their rival in the work of courting the leaderships that move the strings of local politics. The decision to assassinate Sandoval was probably taken precisely when the former governor began operating in Puerto Vallarta, a place dominated by the CJNG and its financial operators, Los Cuinis

What those who ordered the killing of Sandoval did not expect is that the Alfaro government would have such a forceful response to the murder of its ally. In a matter of weeks, the Jalisco Prosecutor’s Office has achieved what never happens with most homicide investigations. Arrest warrants were issued, suspects were captured, the material authors of the murder were identified, convictions were even obtained against some of the bar workers who altered the crime scene. Given the progress of the investigation, some figures from the CJNG leadership they probably felt footsteps on the roof and decided to cover their tracks. In this context, the shooting and the uprising in Los Otates probably had the objective of disappearing a figure with too much information, before he spoke.