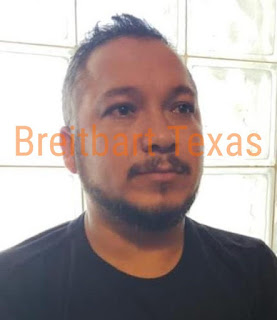 Known as “El Vaquero,” Evaristo Cruz Sanchez is the current leader of the Matamoros faction of the Gulf Cartel and is linked to violence throughout northeastern Tamaulipas. Since July 2019, “El Vaquero” was included in the Tamaulipas government’s list of priorities, the Tamaulipas FGJE offered a reward of up to 2,000,000 pesos. 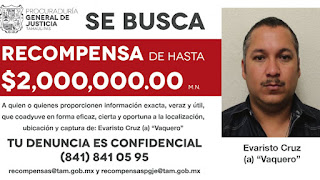 The raid took place on Tuesday at noon in Salinas Victoria, a short distance from the Monterrey Metropolitan area in Nuevo Leon, a U.S. law enforcement source tells Breitbart Texas. Mexican intelligence forces were tracking Vaquero after he surfaced in Nuevo Leon. The crime boss was trying to keep a low profile and switched safe houses regularly. “El Vaquero” sought refuge in Monterrey after military forces and the National Guard started hunting him in Tamaulipas, the law enforcement source revealed.

Mexican military forces arrested “El Vaquero” as he was meeting with a man known only as “El Chago” Villarreal, a local crime boss and former member of Los Zetas. He now supports Cartel Jalisco Nueva Generacion. According to the U.S. law enforcement source, the two drug figures met to discuss the financing of political campaigns in northern Mexico.

His faction of the Gulf Cartel has recently been embattled with a new faction calling itself “New Era Gulf Cartel” in Matamoros. This cell is presumed to be headed by Mario Alberto “Beto” Cárdenas, who is currently in a Mexican jail but remains active. His second in command is Raúl “Scorpion 2″ García.

“El Vaquero” was linked to the protests and blockades in Matamoros, Tamaulipas, against the Special Operations Group (GOPES) of the state’s Public Security Secretariat. The presence of a group of protesters (taxi drivers, citizens, and merchants) was reported on the bridges, Viejo and Los Tomates. The complainants tried to prevent the entry of the GOPES to carry out an operation.

According to accounts on social networks, the protesters would be led by Evaristo Cruz, who would have organized people to make the security tactics of the Tamaulipas government impossible.