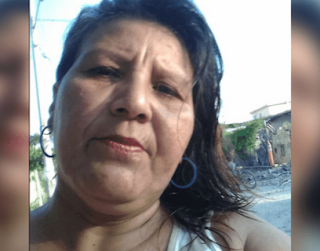 Blanca Estela Beltrán Segura, a political activist and militant of Movimiento Ciudadano (MC) party, was murdered in Tecate, Baja California. Her body was dumped in a garbage dump in the area of Tanamá.

Hours before she was killed, Blanca Estela participated in the campaign launch of MC candidate for mayor in Tecate, Carmen Cecilia Romero Domínguez.

She was still found dead with the same shirt that she wore on April 19 during the start of the political campaign. According to forensic specialists, she had multiple gunshout wounds on her head and chest.

Through an official statement, the party asked for justice for its militant and that the case does not go unpunished.

“We strongly condemn the cowardly murder of our colleague, activist and community manager, Blanca Estela Beltrán Segura. We demand prompt justice from authorities, a thorough investigation, and punishment of those responsible,” MC published in a statement.

The death of Blanca Estela was classified as a “femicide” by mayoral candidate, Romero Domínguez, who accused authorities of failing to protect activists and coordinating effectively.

The event caused a commotion on social media. People noted that just 10 days ago the aspiring independent councilor in Tecate, Luis Roberto Don Félix, was assassinated. Authorites promised that after his murder that the elections in Tecate would count with better security. No one was arrested for the crime.