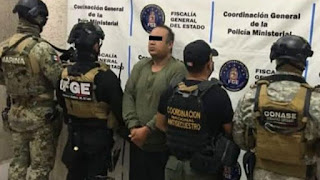 During the afternoon Thursday, the capture of Juan José Estrada Villamil, “El Tala”, the alleged leader of La Familia Michoacana in the State of Mexico and Guerrero, was reported.

The joint operation for his arrest was carried out in Puebla by the Secretariat of the Armed Navy of Mexico (Semar) and the National Anti-kidnapping Commission (Conase). Estrada Villamil had several arrest warrants against him for qualified homicide against state police officers, and he was linked to the attack against Mario Figueroa Mundo, Morena’s candidate for the municipal presidency of Taxco, Guerrero, in December 2020.

Despite the various gunshots and injuries, Figueroa Mundo managed to survive the attack and announced that he will continue in the electoral fight to be held on June 6. “El Tala” is considered one of the main leaders of La Familia Michoacana operating in Taxco, Tetipac, Pilcaya and the southern part of the State of Mexico, where it had protection from state authorities.

During the attack in Guerrero, which is attributed to “El Tala,” Efrén Valois Morales, Morena’s candidate for mayor of Pilcaya, as well as a founder and leader of the party founded by Andrés Manuel López Obrador in the municipality he aspired to, died. The party’s State Committee demanded security for its militants from the state governor, Héctor Astillo Flores, and condemned the attacks against his comrades. Marcial Rodríguez Saldaña, secretary of Morena in Guerrero, demanded an electoral process in peace, after a press conference Tuesday, December 22.

According to local press reports, Valois Morales was assassinated around 6:00 p.m. on December 21, at the exit of Pilcaya, on the road to San Alejo, municipality of Ixtapan de la Sal, State of Mexico. 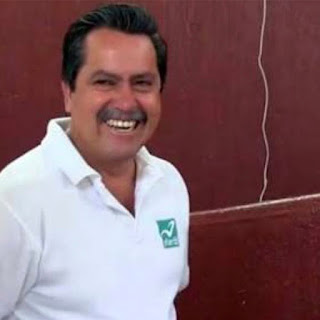 Mario Figueroa Mundo, a cattle rancher, was shot at around 8:00 p.m. to 9:00 p.m. in the San Miguel de Taxco neighborhood, south of the city hall. He was allegedly hit in the chest. A video circulating on social networks shows how he was helped by medical services.

One of the last detained leaders was Alejandro Sánchez Santamaría, alias “El Negro” or “Mamado” related to at least 15 investigation files for homicides and extortion, who was captured during an operation led by authorities of the State of Mexico in the municipality of Toluca. The representative of the Michoacan narcos in Edomex, was based in Toluca. He is credited with the murder of 19 people, as well as extortion in bars and restaurants. His arrest was completed on Monday, April 12, after an order for the murder of a subject, which occurred on May 21 of last year, in the municipality of Lerma.