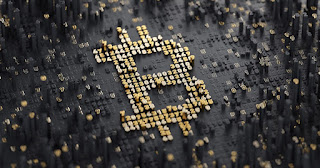 This is the first case the DOJ has brought against a Bitcoin mixer. (Image Source: Shutterstock)
“Socalj” for Borderlandbeat

US authorities have arrested and charged an Ohio man for running a “Bitcoin mixer” service on the dark web that helped criminals disguise the origin of Bitcoin transactions.

Larry Harmon, 36, of Akron, Ohio, stands accused in a three-count indictment [PDF] for operating Helix, an online website located on the dark web.

The Bitcoin blockchain is a public database. In many cases, purchases of new Bitcoin funds aquired by a user can sometimes be linked to a credit card, bank account, or PayPal account.

Helix functioned as a Bitcoin mixer (Bitcoin tumbler), a type of service that takes funds from a user, split the sum into small parts, and using thousands of transactions,; sends and reassembles the original funds at a new Bitcoin address, in an effort to hide the original funds under a cloud of micro-transactions.

“The sole purpose of Harmon’s operation was to conceal criminal transactions from law enforcement on the Darknet, and because of our growing expertise in this area, he could not make good on that promise,” Don Fort, Chief, IRS Criminal Investigation, said today in a DOJ press release.

“Working in tandem with other sites, he sought to be the ‘go-to’ money launderer on the Darknet, but our investigators once again played the role of criminal disrupters, unraveling the interlinked web from one tentacle to another,” Fort said.

According to DOJ documents, Harmon ran Helix as a secondary project attached to his primary service called Grams, a search engine that aggregated listings from multiple dark web drugs-related marketplaces. Grams allowed users to search for drugs and find the cheapest offers in their areas. Helix was provided as a way for potential buyers to hide their identity when buying products.

The DOJ says Harmon operated Helix since 2014 and helped launder more than 350,000 bitcoins, valued at around $300 million at the time of their transactions — valued at $3.5 billion today. Investigators say that as the service grew, Harmon also partnered with other dark web services. According to the indictment, Harmon joined forces with AlphaBay, the biggest dark web marketplace for illegal products at the time, with AlphaBay recommending Helix to its users as a safe Bitcoin tumbling option.

Officials said Harmon charged a 2.5% fee for all Helix tumbling operations. Besides wanting to put Harmon away for long years in prison, the DOJ is also seeking forfeiture over three real estate properties they believe the suspect bought using the illegal funds he earned via Helix.

In July 2017, BitMixer, the largest Bitcoin mixer on the internet at the time, shut down abruptly. In a message posted on its website and cryptocurrency forums, BitMixer operators said they were shutting down because they realized Bitcoin transactions were not fully anonymous.

At the time, they anticipated that Bitcoin mixing services would eventually become illegal as various threat intel companies were making headway with technologies that could track transactions across the vast Bitcoin blockchain.

BitMixer’s sudden realization and shutdown came a week after Google and blockchain analysis firm Chainalysis announced they tracked Bitcoin transactions used for ransomware payments. Some of the ransomware funds had been moved through Bitcoin mixers.

The DOJ eventually ended up shutting down BTC-e, a Russian cryptocurrency exchange portal, through which 95% of all ransomware payments were being handled at the time. Three days later after the BTC-e takedown, BitMixer saw the writing on the wall and shut down as well. BitMixer owners were never charged, but they didn’t operate by advertising their services to cybercriminals and drug dealers, being considered a clean service and operating on the public internet.

On the other hand, Helix had close ties with AlphaBay, which law enforcement shut down in the summer of 2017.