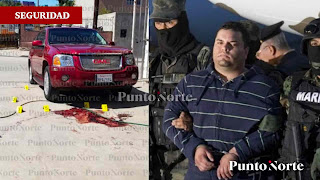 Filiberto Parra Ramos (“La Perra”) was executed with eight shots when he went to sell a vehicle yesterday afternoon. Originally a member of the Tijuana and/or Arellano Félix Cartel in the 1990s, La Perra left to join the Sinaloa Cartel in 2008. He worked under Teodoro García Simental (“El Teo”) and Raydel Lopez Uriarte (“El Muletas”).

La Perra was one of the main leaders of the war between the Arellano Felix Cartel and the Sinaloa Cartel in Tijuana during that time.

After being seriously injured, he was transferred to Regional Hospital Number 1 of the Mexican Social Security Institute (IMSS), where he lost his life within minutes of being received.

In 2017, La Perra left the Federal Center for Social Rehabilitation (Cefereso) Number 13, located in Oaxaca, after remaining eight years in prison after his capture by the Mexican Army in the Rio de Tijuana Zone.

A local newspaper was able to confirm that it is indeed Parra Ramos, despite the fact that he was officially identified under another name.

This is due to the comparison that authorities made of his physical characteristics, as well as several versions that public security corporations have corroborated through Intelligence areas.

His murder occurred around 2:20 p.m. on Friday, April 30, on Pino Avenue in the Campos neighborhood, belonging to the Los Pinos delegation, inside a mechanical workshop where Parra Ramos went to sell a maroon GMC Envoy  truck with California plates. 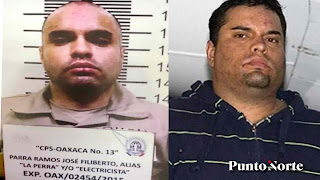 Detained in prison and at the time of arrest in 2009.

When he was in front of his vehicle, he was attacked with at least eight shots receiving impacts mainly to the head, as well as one to the right shoulder and another to the abdomen.

In front of Parra Ramos’ vehicle, which was parked at the entrance of the workshop, eight 9 millimeter bullet casings were located, as well as an abundant blood stain.

In serious condition, he was taken to the IMSS hospital, where he was declared dead within minutes of being admitted to the Emergency Area as an unknown person.

From there, his body was transferred to the facilities of the Forensic Medical Service (Semefo).

At the time of his arrest, on June 11, 2009, the Ministry of National Defense (Sedena) reported in a press release that La Perra was responsible for dozens of executions that occurred in recent years in Tijuana during the fight between the Sinaloa Cartel and the Arellano Félix Cartel.

The criminal process he faced and from which he managed to be released in 2017, was for organized crime.

Public security authorities linked him as part of the Sinaloa Cartel at the time of his capture.

However, his beginnings in criminal life went back to activities as part of a cell of the Arellano Félix Cartel, according to information released by the US Drug Enforcement Administration (DEA) of an organizational chart of this criminal group dedicated mainly to drug trafficking.

In 2009, Mexican authorities explained that the operation to capture him was based on information provided by Ángel Jácome Gamboa (“El Kaibil”), who had been arrested in March of that same year.

The then head of the corporation, Maricela Morales, reported that La Perra was an extremely violent man and investigated for the murder of two agents of SIEDO, which occurred on April 17, 2008 in Tecate, among other high-impact events.