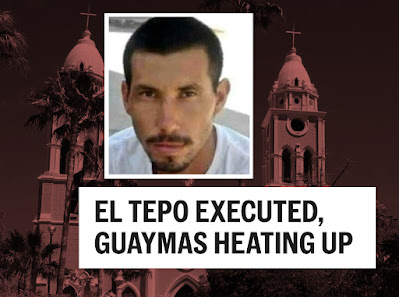 A few days ago, a well known hitman of Caborca Cartel’s La Plaza group who went by the alias “El Tepo” was executed in Guaymas, Sonora.

The deceased man who was shot in Guaymas was later identified as José Guadalupe Hernández Delgado, alias “El Tepo”, a member of “La Plaza”. Although the body identification has yet to be officially announced. La Plaza is an armed wing that operates underneath Rafael Caro Quintero’s Caborca Cartel. 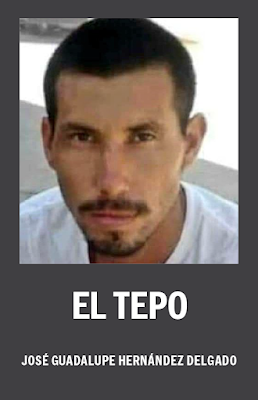 El Tepo is described as a hit man and fee collector. Fee collector likely meaning a “de piso” collector, or the collector of the regularly paid fees local businesses must make to a criminal group for the organization’s “protection” of the area.

El Tepo had an arrest warrant out for him at the time of his death. Sonora Violento, a controversial local Facebook page which has been accused of being biased in favor of certain cartels in the past, claims that local police commander Rafael Sandoval Vega has an agreement with La Plaza so the arrest warrant was a kind of meaningless symbolic gesture. 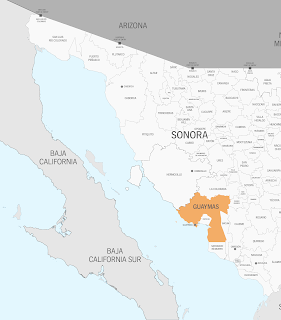 The facebook page goes on to assert the collusion between the police and La Plaza entails agreements not to investigate or detain members of the criminal organization and to leak information on local whistleblowers to cartel members who can take whistleblowers into their own hands. Please note, there is no concrete evidence of this agreement between commander Rafael Sandoval Vega and La Plaza, only allegations as of the writing of this story.

La Plaza is a faction of the Caborca Cartel that is based in Empalme and Guaymas Valley. The leader of La Plaza is believed to be Francisco Javier Espinoza Camacho, alias “El Picipi” or “El Fino”. El Picipi is originally from San Ignacio Rio Muerto and reportedly has connections in Guadalajara, Jalisco as well. 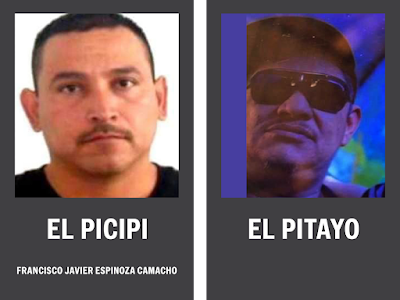 The organization allegedly reports to Juan Pablo and Antonio Quintero Navidad, relatives of Rafael Caro Quintero. It is worth noting that many news publications tie La Plaza to the Cartel Jalisco Nueva Generation (CJNG), referring to them as a CJNG group.

La Plaza has an armed cell known as “xS” (not to be confused with “Los Xs” the Tamaulipas/Chihuahua organization which is entirely separate and unrelated). Some street level gangs such as “La Mafia” and “Los del Tinaco” are thought to operate on behalf of La Plaza as well. 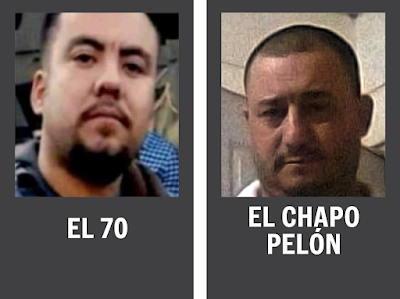 The group “xS” is led by “El 70” and “El Chapo Pelón”. If El Tepo was part of the subgroup of “xS” is not known currently, in current reports he is only described as a hitman for La Plaza.

If El Tepo was indeed a hitman for La Plaza as he is claimed to be, then it is likely he reported to the alleged head of sicarios in Guaymas Juan Carlos Real Nieblas, alias “El Mocho”. Although it is also possible that El Tepo reported to Antonio Castro Valenzuela, alias “El Castro” or “El Rábano” another La Plaza head of hitmen whose region of control is still unclear. 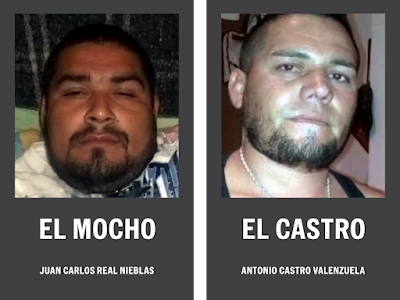 Heating Up the Plaza of Guaymas, Sonora

Something or someone has been heating up the Guaymas plaza as of late, as there has been a spike in violent incidents that are presumed to be related to organized crime in the last two weeks in the area. 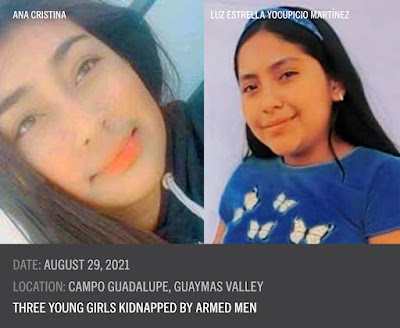 Three minors were kidnapped on the night of August 29, 2021 in the Guaymas Valley. Fourteen year old Ana Cristina was asleep in a galley in Campo Guadalupe, with her family sleeping nearby when during the early morning hours several armed men broke into the location and took her from her family by force. On that same night, several armed men also took Luz Estrella Yocupicio Martínez, who is under thirteen years old and was also sleeping in a galley in Campo Guadalupe. A third underage girl was taken on this same night, in the same area but her family has not yet chosen to come forward with her name to the press for fear of criminal retribution.

The young Ana Cristina’s family has dedicated themselves to sharing her photograph through social media, where they ask for the help of the community in locating her, as it is feared that her life is in danger. The family has publicly and carefully stated that they are not looking for the culprits of what happened and only want Ana Cristina to return home safely. 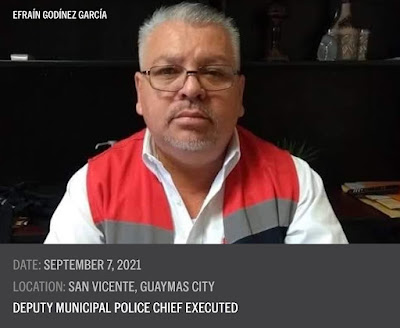 Then, just a few days ago on September 7, 2021, the director of the Red Cross of Guaymas was assassinated in the San Vicente neighborhood of Guaymas city. El Universal reports that Efraín Godínez García, the delegate of the Mexican Red Cross was attacked inside his company “Seguridad del Puerto” and by the time paramedics arrived on scene, Efraín had already passed away.

Although most publications are focusing on describing Efraín Godínez García in relation to the Red Cross it should be noted that Proyecto Puente notes that he was also deputy chief of the Municipal Police for the area, making his execution a possible attack on the municipal police force as a way to make them “fall in line”. 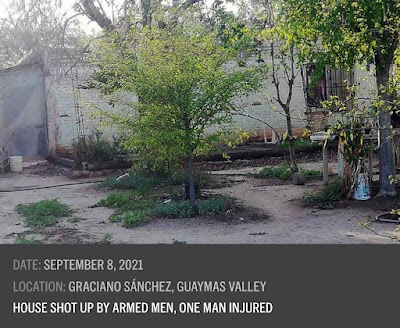 On September 8, 2021, there was an armed attack against a house in the town of Graciano Sánchez in the Guaymas Valley. The attack left one person shot and the house heavily damaged by bullet impacts. Expreso writes that “unofficially, it is known that a group of unidentified armed individuals arrived at the house, who began to fire their firearms in a burst, to later flee.” 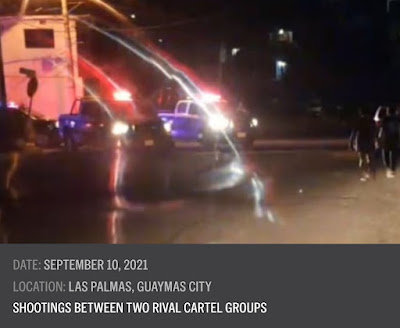 Just on Friday, September 10, there were late night shootings reported in the area of Las Palmas in Guaymas. Police were alerted through multiple calls to the gunfights, presumably from clashes between two rival cartel organizations but by the time the police arrived, Tribuna reports that they were unable to locate the alleged shooters. 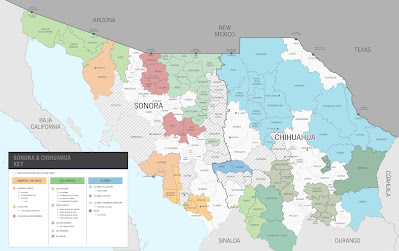 Warning: Graphic photos below this point. 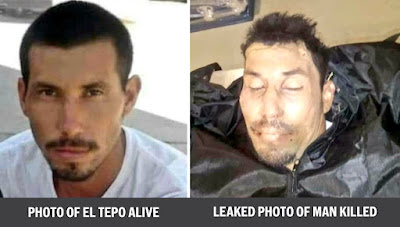