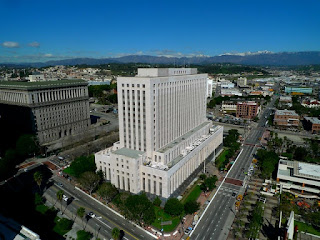 A West Covina man was sentenced today to 36 months in federal prison for laundering more than $900,000 in drug money over a two-year period via a “Black Market Peso Exchange” for Mexico-based drug traffickers.

A Black Market Peso Exchange scheme allows drug traffickers who have their proceeds in U.S. dollars to convert it to a different currency, such as Mexican pesos, via the sale of goods shipped across international borders.

From 2017 to 2019, Sanchez, who worked in downtown Los Angeles, laundered drug money from the United States to Mexico.

According to court documents, co-conspirators based in Mexico told drug traffickers to deliver drug proceeds to Sanchez. The drug traffickers contacted Sanchez and used coded language to arrange the delivery of money.

Sanchez met with the traffickers at his place of business in Los Angeles and at other locations where he received the money. Using coded language, Sanchez reported to his co-conspirators the amount of money received.

For example, in August 2018, a California-based drug trafficker told Sanchez he was speaking on a Mexico-based co-conspirator’s behalf and that he was instructed to deliver something, according to the prosecution’s sentencing memorandum. Sanchez asked if he would be delivering “merchandise” – coded language for money – and agreed to meet.

Sanchez later met with the trafficker in Los Angeles, where he received the U.S. dollars in cash.

Shortly after the meeting, a Mexico-based co-conspirator called Sanchez and asked him if someone stopped by to take some “samples” from him. Sanchez said a total of 34 “bras” – coded language for $34,000 – was taken. Sanchez knew the money he received was drug proceeds.

“By assisting members of Mexico-based narcotics trafficking organizations move their proceeds to Mexico, [Sanchez] contributed to the cycle of narcotics distribution that causes substantial harm to communities in the United States,” prosecutors wrote in a sentencing memorandum. “[Sanchez’s] use of coded language during dozens of intercepted calls demonstrate that he was deeply involved in the conduct.”

The FBI, the Drug Enforcement Administration and IRS Criminal Investigation investigated this matter.