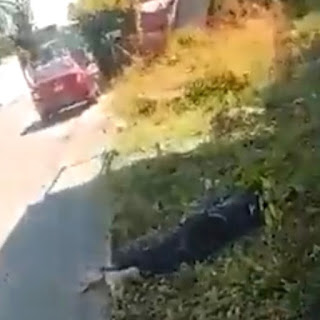 Following the deadly attacks on Tuesday and Wednesday morning between armed gunmen for El Señorón and local authorities. A video has surfaced in the aftermath of those armed attacks after an ensuing car chase. 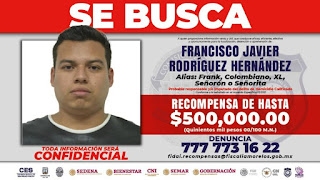 Who Is El Señorón aka XL?

Francisco Javier Rodríguez Hernández, better known as El Señorón, first appeared on the police radar after the arrest in August 2019 of Santiago Mazari Miranda, alias El Carrete, leader of the Los Rojos criminal group, which maintained its operational base in Guerrero and Morelos.

The fall of Carrete —which amounted to blood and fire after the death of Arturo Beltrán Leyva— left a vacuum in Morelos that the CJNG tried to occupy through alliances with small local mobsters. At that time, El Señorón was already known as the chief of extortion and drug sales in various municipalities of Morelos.

In addition the following video is graphic in nature. Within this broadcast gunmen for El Señoron, 2 men and a woman have been shot. The men appear to be dead while the woman in the back seat of a car is mumbling incoherently and slowly bleeding out from her gunshot wounds.