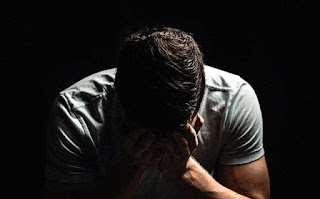 Post-traumatic stress is more common in children, with recurring nightmares or night terrors

The specialist stated that it can also be useful to train people on how to act in the event of violence.

“Health institutions must be ready to attend to the cases of anguish, anxiety and post-traumatic stress syndrome that are increasing due to the extreme violence that is experienced in the state of Zacatecas,” said the psychologist and research professor, Osvaldo Álvarez Crespo.

The former director of the Zacatecas Mental Specialties Hospital, said that the upturn in the incidence of disorders related to the perception of insecurity is undeniable, which should be considered a public health problem.

In an interview, he affirmed that the anxiety and anguish due to violence that occurs in practically any environment, leads to poor performance in all areas of life, such as work, school and family, although it affects in very different degrees in each person.

Given the above – he said – it is necessary for health authorities to carry out information campaigns on emotional ailments and strengthen the capacity for mental care including spaces to provide “psychological first aid” 24 hours a day.

He commented that although everyone is exposed, post-traumatic stress disorder manifests itself more frequently in children, with recurring nightmares or night terrors. Typically, patients relive the fear of the traumatic event when they hear a loud noise or hear screams.

The so-called “avoidance” is one of the recurring symptoms; Álvarez Crespo explained that this consists of avoiding places where a traumatic event was experienced, even indirectly, for fear that something similar would happen again.

The specialist stated that it can also be useful to train people on how to act in the event of an act of violence, with the aim of giving a little greater sense of security.

It should be noted that Fresnillo and Zacatecas remain among the cities with the greatest sense of insecurity for fear of crime in the entire country, according to the latest National Urban Public Safety Survey (ENSU) published last month.

According to this survey carried out by INEGI, 94.3 percent of the inhabitants of Fresnillo consider that it is unsafe to live in their city, thus occupying the first place at the national level of the cities with the greatest fear of crime, while the percentage of the capital is 86.1.