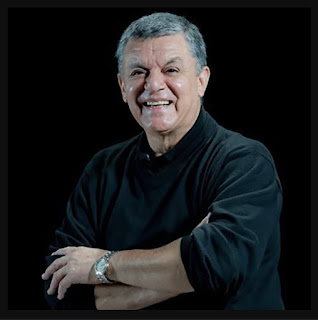 For more than 30 years, Baruch Vega has worked behind the lens, photographing fashion models in exotic locations.

But he also claims to have led an astonishing double life, working undercover and risking his safety to help the FBI and the Drug Enforcement Administration arrest some of South America’s most notorious cocaine traffickers.

It was a scary yet lucrative sideline. During his 30 years as a government informant, Vega became very rich, caused the U.S. government great embarrassment, and ultimately lost everything.

“I brought in 114 individuals — the biggest. The biggest. Nobody else was doing it,” Vega told ABCNEWS’ Primetime.

The DEA won’t confirm Vega’s figures, but officials do admit that he helped arrange the surrender of several valuable drug dealers, among them Orlando Sanchez Christancho, who was for years responsible for smuggling 30 tons of cocaine a month into the United States on behalf of Colombian cartels.

“He used his contacts, his access with high-level drug traffickers to mediate their surrender on different indictments,” said Tom Raffanello, head of the DEA’s field office in Miami. Vega was extremely useful, Raffanello said.

“DEA agents can’t just go in and knock on the door of Orlando Christancho and say ‘I’m the mail man, would you like to go to America?’ It took a Baruch Vega to infiltrate,”said Richard Sharpstein, a Miami-based lawyer well-versed in the undercover drug world, who represents one of Vega’s DEA supervisors.

It all began by accident, Vega said. One day in the 1970s, an acquaintance who was arrested for drug trafficking came to Vega for help. Vega said he called an old friend who worked for the FBI.

“He says, ‘Let me research, let me see what I can do,’ ” recalled Vega. “Next day he called me up, he says, ‘I found out that the guy was in the wrong place at the wrong time. He’s going to be released.’ “

Vega’s acquaintance and his associates believed the photographer had helped the guy get out of jail, even though Vega had nothing to do with it. Nevertheless, he says, he was summoned to Colombia, and was offered an “incredible amount of money” as a reward.

He said he took the money and a list of other names that the drug dealers thought he might be able to help.

Soon, Vega says, he was a guest in the homes of infamous Colombian drug dealers like the Ochoa brothers — who ran the Medellin cocaine cartel with Pablo Escobar.

He was working as a fashion photographer by day and living the fast life at night — all the while moonlighting as a confidential informant — first for the FBI and later for the DEA.

“He ran in that jet set. People with money run in those circles. His value to us was being able to talk to people and convey a message,” Raffanello said.

According to the DEA, Vega was supposed to persuade drug lords to turn themselves in by making them believe that he had incredible connections in the United States and could bribe judges or prosecutors. It is a plan that worked very well.

The photographer charged the drug dealers fees for arranging negotiations with the feds. He says he charged them for his time and expenses, averaging $100,000 for each case, and once making $400,000.

He admits he was living the high life through his income as a mediator for the government, but some in the FBI began to see his earnings not as fees but as extortion.

One night in March of 2000, Vega was arrested on charges of money laundering and obstruction of justice.

He had become a criminal to the government he had worked for — the government he says gave him permission to collect those fees in the first place. “I was reporting every single penny that I was receiving from the drug traffickers,” Vega said.

Vega says his FBI and DEA handlers authorized him to charge the drug dealers fees, but Raffanello denies that was the case. “We play by the rules. We don’t authorize anyone to break the law,” he said.

The shock waves of Vega’s arrest reverberated through the DEA: Two of his immediate superiors were suspended and are currently being investigated for their handling of him.

“The DEA is embarrassed that Vega ran so rampant. The DEA is afraid to confront the issue,” says Sharpstein.

Sharpstein believes Vega stole “anywhere up to $40 million” from the Colombian drug lords. But Vega himself says he made that money legitimately, and the total was closer to $4 million, which he used to buy a mansion off Miami Beach and a 78-foot yacht.

About a year after Vega was arrested, virtually all of the charges against him were quietly dropped. He recently pleaded guilty to a misdemeanor charge for failing to file taxes on time and is awaiting sentencing.

Today Vega is bitter and, he claims, broke. He says he’s the victim — and that now it’s the U.S. government that’s stolen the money from him.

He said the money he took from the Colombian drug lords is “in the hands of the U.S. government. They seized from me: $1,486,000 exactly.”

And there is one final twist to this fantastic tale. Despite alleged death threats from traffickers, Vega says he’s now once again working undercover — not for the DEA but for some other branch of the U.S. government.

“If he is, that would be the biggest, saddest joke in the world,” Sharpstein said. “But knowing the United States of America and our government, anything could be true.”