Caro Quintero told the judge that he wanted his case to be in the hands of private lawyers and not a representative of the Federal Institute of Public Defense. 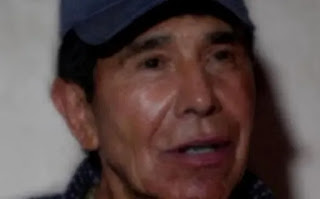 A judge had initially appointed Caro Quintero a public defender.
Drug trafficker Rafael Caro Quintero already has private lawyers, who from now on will be in charge of the legal strategy to try to prevent his client from being extradited to the United States.
For this reason, Abigail Ocampo Álvarez, First District Judge in Amparo Matters and Federal Trials in the State of Mexico, revoked the appointment of the public defender that had been assigned to the founder of the Guadalajara cartel, a criminal group headed by Miguel Ángel Félix Gallardo, The Boss of Bosses.
Caro Quintero told the judge that he wanted his case to be in the hands of private lawyers and not a representative of the Federal Institute of Public Defenders (IFDP).
Faced with such a request, Ocampo Álvarez revoked the federal public defense and accepted the appointment of private defenders.
In this regard, the IFDP explained that the judge had initially appointed a public defender for Caro Quintero, because at the time of admitting the demand for guarantees, the capo had not appointed a lawyer.
The drug trafficker has a flat suspension that currently prevents his delivery to the United States.
The Attorney General’s Office (FGR) has already filed a complaint to review the resolution issued by Abigail Ocampo Álvarez, First District Judge for Amparo and Federal Trials in the State of Mexico, who confirmed the suspension outright granted to the capo by a Jalisco judge.
In July, Francisco Reséndiz Neri, Judge of the Seventh District of Amparo in Criminal Matters in Jalisco, granted the precautionary measure to Caro Quintero, which to this day prevents the federal government from deporting or expelling him from the country, without first facing a extradition trial.
Milenio