How to Spot the Fakes in the Aternative Right 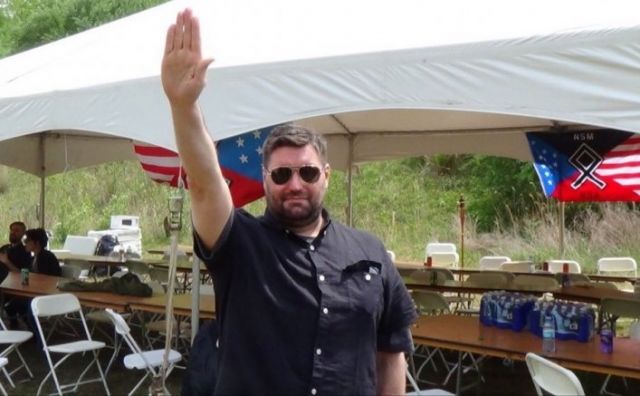 Mike “Enoch” Peinovich – a Jew pretending to be a “neo nazi” for the cameras.

Mike “Enoch” Peinovich is the Jew behind TheRightStuff, an “antisemetic” website which hosts various “white nationalist” podcasts which have been featured at Andrew Anglin’s Daily Stormer.

The Ethnic European REAL NEWS barely survives on donations from Michael Walsh and his followers.  OUR AIMS: To enlighten, inspire and to educate and with your help to share our features as widely as possible.

Is there a guide that separates fake rightists from sincere ethno-nationalists? It is difficult as creating a controlled opposition group is subversion so by necessity clandestine. There’s no need for alarm; subversion in politics is like pests in an orchard; recognise and deal with it.

Lenin is credited with advising, ‘the best way to control the opposition is to lead it ourselves’. This strategy has been used throughout history but the Bolshevik-Jew did put it crisply.

A tip is to observe mainstream media’s relationship with those news media headlines as a right-wing threat. When previously unknown rightists suddenly and constantly receive mainstream media attention you can bet there are a link and purpose.

The modus operandi is simple: Upon receiving media’s profile-raising people inclined to sympathise with traditional right-wing causes are drawn to the touted group. As a consequence, the fake alternative-right collects the identities of genuine rightists and evaluates the threat each may pose.

Afterwards, having achieved their aims, the fake right-wing figure or group fades into obscurity; mission accomplished. A common ploy is for media to appear to be negative of a bogus right-wing operative as in the Tommy Robinson media soap opera.

For example, Mike Walsh has been the genuine right’s most influential ethno-patriot for over 50-years. The 1,300 news stories published by The Ethnic-European reach further and deeper than do mainstream stories.

Yet, the veteran reactionary ~ who until the onset of the internet was never off national TV and radio whilst constantly making the news pages, has since been disappeared by mainstream media. Why? Because the last thing the anti-White media wants is the curious Googling the name of Mike Walsh or The Ethnic European.

Very much a new boy on the block is the media made bogus right-wing threat Tommy Robinson (37) aka Stephen Christopher Yaxley-Lennon, Andrew McMaster, Paul Harris, Wayne King. It is under the Tommy Robinson brand name that the notorious thug is touted by mainstream media as a credible far-right extremist threat. 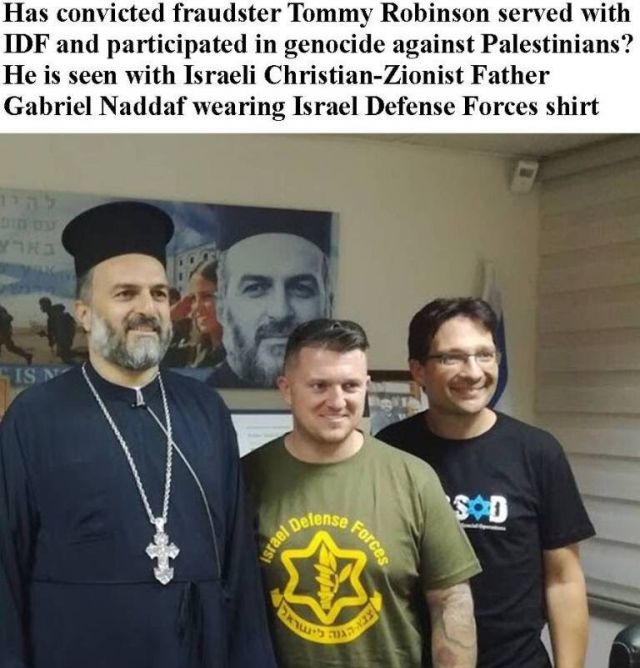 Robinson’s background among much else that is problematic identifies him as being an associate of Israel’s notorious Israeli Defence Force (IDF).

Sure, Robinson was imprisoned as was Colin Jordan, another mole. But, unlike Julian Assange and Michael Walsh, who were harshly treated, fake nationalists are protected by the prison system whilst they are guests of Her Majesty.

Contrast the treatment meted out to Assange who is banged up in Belmarsh, Britain’s most notorious high-security prison, and whose health has deteriorated since. |Or Mike Walsh who was terrorised by his gaolers.

Similar figures to Robinson have been exposed as fakes. These include Frank Collin (Cohn) who founded the National Socialist Party of America, Andrew Escher Auernheimer (aka Weev), and Daily Stormer (Andrew Anglin).

Subversion is routine in political struggle and affects all parties, movements and groups. Sabotage takes many forms from whisper campaigns to the vilification of a successful leader. A favourite strategy is to associate a successful leader with a disreputable person or persons, or to cast doubt on their sincerity. Adolf Hitler, despite all evidence to the contrary, is constantly said to be a tool of the Rothschild bankers.

Russian President Vladimir Putin, Hungarian Prime Minister Victor Orban and Italy’s Matteo Salvini are a constant thorn in the sides of the globalists. Subversives, therefore, aim to undermine these and similar by publishing pictures of these leaders with members of Jewish sects, who could be anti-Zionist.  As an aside, all governments, that of Adolf Hitler included, have little choice but to acknowledge the existence of history’s most powerful ethnic group.

Another ploy by subversives is to describe successful nationalists like Marine le Pen as ‘controlled opposition’, without of course providing a shred of evidence. Subversion means ‘trial by association’; the vilification of a rival or genuine leader by suggesting they support a questionable person.

As President Truman remarked, if you can’t stand the heat get out of the kitchen’. Subversion is part and parcel of political life. If you can’t take it then don’t slam the door on the way out. Leave a man’s work to the men.

MICHAEL WALSH is a worldwide journalist, broadcaster and author of 64 book titles with 36 years’ experience. Like other journalists of integrity, he no longer writes for corporate media, opting instead for true journalism.

MICHAEL WALSH is a journalist, broadcaster and the author of RISE OF THE SUN WEEL, EUROPE ARISE,  TROTSKY’S WHITE NEGROES, MEGACAUST,  DEATH OF A CITY, WITNESS TO HISTORY, THE BUSINESS BOOSTER , THE FIFTH COLUMN VOLUME I and II, FOR THOSE WHO CANNOT SPEAK, IMMORTAL BELOVED, THE ALL LIES INVASION, INSPIRE A NATION Volume I, INSPIRE A NATION Volume II , SLAUGHTER OF A DYNASTY , REICH AND WRONG,  THE RED BRIGANDS, RANSACKING THE REICH ,  and The Exiled Duke Romanov Who Turned Desert Into Paradise  and other book titles. These illustrated best-selling books are essential for the libraries of informed readers. 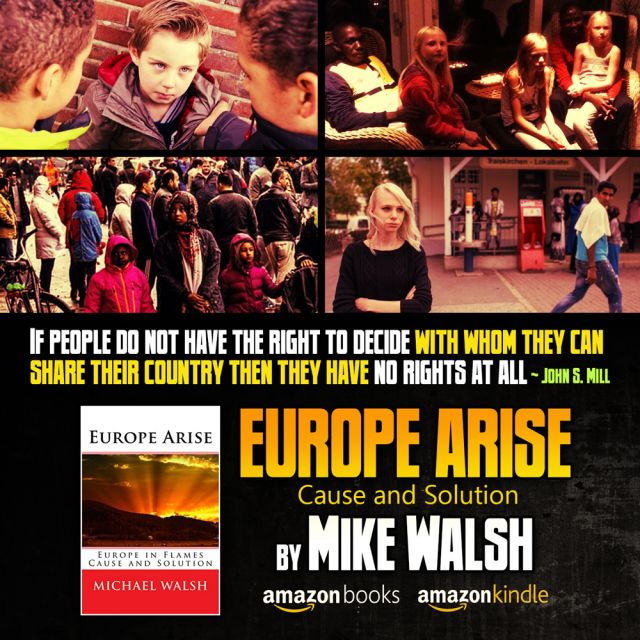 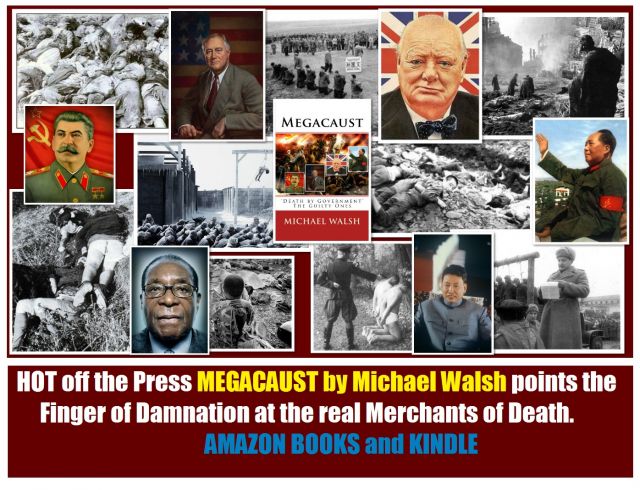 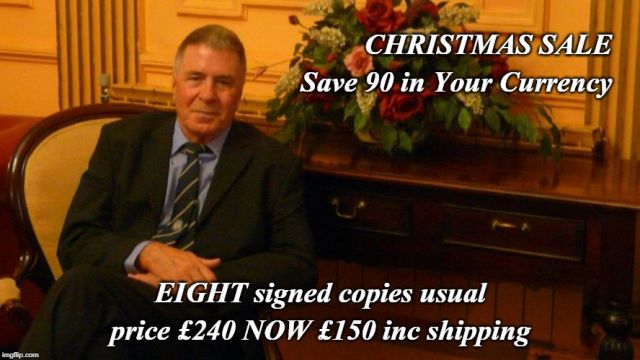