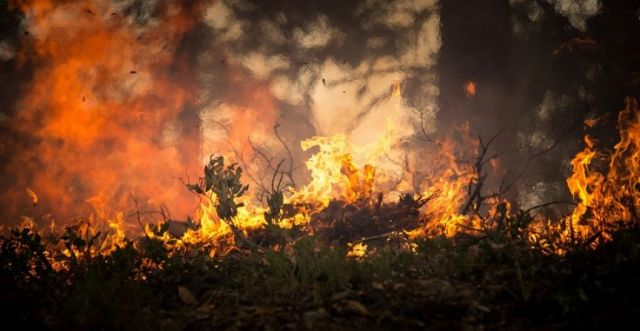 While climate change, a mixture of extreme drought combined with extreme heat conditions here in Australia has gotten most of the blame for this season’s bushfires, dozens of people have been linked directly to blame for the problem instead, officials say.
New South Wales police have taken legal action since 8 November 2019 against 183 people, 40 of whom are juveniles, for fire-related offenses. The legal actions listed range from simple cautions to full criminal charges. Police have charged at least 24 of these individuals with deliberately starting bushfires in the state of New South Wales, according to a statement the New South Wales Police released Monday. These convictions will likely appear in their police check.
While the bushfires have touched every state in Australia, New South Wales has been the hardest hit. So far, at least 24 people have died nationwide during the current fire season. The blazes have been burning across Australia for months, scorching homes and destroying entire towns. Over 3,000 homes have been destroyed or damaged, and officials are struggling to contain the massive blazes, even requiring firefighting assistance from other countries, including the United States.
According to CNN, nearly 18 million acres of land have been burned — most of it bushland, forests and national parks, which are home to the country’s unique native wildlife. Nearly half a billion animals have been affected by the fires in New South Wales alone and millions of them are already potentially dead, according to ecologists at the University of Sydney. Birds, reptiles and mammals (with the exception of bats) are among those most affected. Insects and frogs are excluded from the reported number.
In a strange pattern often seen played out, the New South Wales Rural Fire Service have arrested a 19-year-old volunteer member on suspicion of arson. This November 2019 arrest resulted in the individual being charged with seven counts of deliberately setting fires over a six-week period.
While the weather and environmental conditions certainly aren’t helping, it looks like arsonists have also been taking their toll on the land.
References
/survival/2020/01/australias-bushfires-police-accuse-24-people-of-arson-2746887.html
https://www.cnn.com/2019/11/27/australia/australia-fires-fireman-arson-intl-hnk-scli/index.html
https://www.cnn.com/2020/01/07/australia/australia-fires-police-action-trnd/index.html