December 30, 2020 (Gunnar Ulson – NEO) – For decades US-based Boeing and European aerospace giant, Airbus, have dominated global civilian aviation in what many in the industry describe as a duopoly. But as is the case in so many other industries as of late, China’s economic and technological rise has raised questions about the future of this duopoly. 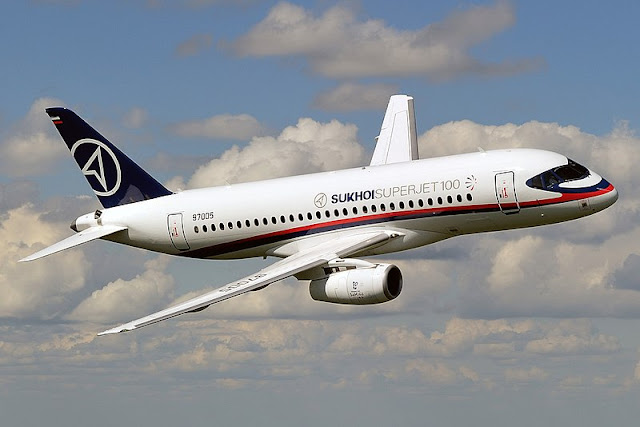 China’s Commercial Aircraft Corporation of China (COMAC), founded as recently as 2008 is developing a range of commercial airliners for use domestically and is attempting to promote its products abroad. While the latter is an intermediate to long-term prospect, domestically China already has the largest aviation market in the world with a growing demand for airliners projected well into the future.

COMAC is working to position itself to meet this demand and in the process eventually establishing itself as a reliable aerospace company capable of manufacturing and maintaining civilian airliners around the globe on par with Boeing and Airbus.

Russia’s United Aircraft Corporation (UAC) is similarly expanding its operations and already enjoys a share of foreign civilian aviation markets, however small in comparison with Boeing and Airbus.

Together, COMAC and UAC through the China-Russia Commercial Aircraft International Corporation  (CRAIC), are developing a long-range wide-body twinjet airliner that would further enhance the competitiveness of both companies.

Designated the CR929, the new aircraft is expected to make its first flight by 2025, before being introduced to the market in following years.

The ability for the CR929 to compete head-to-head with Boeing and Airbus at the moment seems unlikely. What is more likely is that it, along with other offerings from both COMAC and UAC, will prove themselves first in the Russian and Chinese civilian aviation markets, before future developments are more widely accepted by others internationally.

It is a long-term plan that takes into account not only the current geopolitical climate, but one that takes into consideration a future international order that has tilted considerably more toward the multipolar and away from the West’s current unipolar order, and an order that has produced and still jealously protects the Boeing-Airbus duopoly.

In fact, among the growing list of US sanctions against both China and Russia, several are designed specifically to target the civilian aviation industries of both nations.

These include sanctions that will prohibit Western corporations from providing systems and components to either country that would eventually make their way into the CR929 and future aircraft designs.

Additionally, such sanctions invite the possibility of retaliatory sanctions which might include the exclusion of companies like Boeing from China’s massive and still growing civilian aviation market.

This would help compensate for the technical setbacks COMAC, its products and those it is jointly developing with Russia’s UAC face from US sanctions and give it the time and space it needs to mature its technology within China’s domestic market, to eventually, directly compete with Boeing and Airbus internationally.

Thus, while the threat by COMAC and UAC to the West’s civilian aviation duopoly is not immediate, it is present and growing. Because of the West’s inability or lack of confidence to compete fairly in open markets with China and Russia, it is creating the conditions COMAC and UAC need to develop their aircraft in a market protected by retaliatory sanctions and in a market more than large enough to sustain both companies.

The saying, “what doesn’t kill you only makes you stronger” appears to be apt here. If COMAC and UAC can continue developing world class airliners despite current pressure from the US, developing the systems domestically that the US seeks to deny the companies from Western suppliers, both companies will come out stronger because of it.

At the same time, it isn’t difficult to imagine China’s partners across Asia, particularly in Southeast Asia adopting COMAC aircraft some time in the near future, with many already having bought UAC’s Sukhoi Superjets.

Constructive competition and a balance between great powers is a key feature of multipolarism. The deconstruction of the West’s civilian aviation duopoly will be a key metric to measure multipolarism’s success in the coming years as COMAC, UAC and their joint venture, the CR929 take shape and hopefully soon, take flight.