April 15, 2021 (Joseph Thomas – NEO) – Australia had until recently been enjoying economic growth alongside the rise of China. This all changed when Canberra began following Washington’s lead, antagonising China, and in what would snowball into a costly, self-inflicted economic crisis. 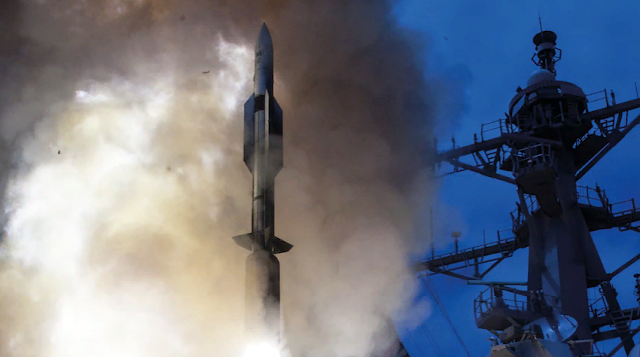 Today, Australia not only faces mounting barriers to trade erected by China in response to Australia’s systematic antagonism, but now is seeing what had been temporary trade disputes transform slowly into a Beijing strategy to permanently eliminate dependency on Australian imports.

Once set into place, the ability for Australia to return to previous levels of lucrative trade with China will be unlikely.

The BBC in an article titled, “Huawei and ZTE handed 5G network ban in Australia,” would claim:

“…the Australian government said national security regulations that were typically applied to telecoms firms would be extended to equipment suppliers.

Companies that were “likely to be subject to extrajudicial directions from a foreign government” could present a security risk, it said.

Even the BBC and the Australian government were clear to use the word, “could present,” versus the demonstrated security risk US-made hardware poses as revealed by the Western media itself in articles like MIT Technology Review’s, “NSA’s Own Hardware Backdoors May Still Be a “Problem from Hell”,” which would note:

In 2011, General Michael Hayden, who had earlier been director of both the National Security Agency and the Central Intelligence Agency, described the idea of computer hardware with hidden “backdoors” planted by an enemy as “the problem from hell.” This month, news reports based on leaked documents said that the NSA itself has used that tactic, working with U.S. companies to insert secret backdoors into chips and other hardware to aid its surveillance efforts.

Quite clearly then, the threat of compromised hardware is not the real reason this ban has been leveled against Chinese companies since similar bans have not been used to target US-made hardware. Instead, the most likely motivation fits in with Washington’s wider strategy of encircling and containing China, including the blunting of its economic rise as a whole, and the sabotage of individual Chinese companies poised to overtake their Western rivals.

More recently, Australia followed suit in a US-led propaganda campaign to shift the blame for the global COVID-19 crisis on China.

A Reuters article titled, “Africa’s miners and winemakers toast China’s row with Australia,” would not only note China’s moves to permanently resolve this growing dispute with Australia by simply finding more dependable and amicable trading partners, but also attempted to explain how this trade row recently escalated when Canberra, “led calls for an inquiry into the origins of the COVID-19 outbreak in Wuhan.”

Logically, even if China had been responsible for COVID-19′s spread throughout its own territory, failing to detect, isolate, and contain its spread, it is difficult to understand how China is also responsible for it spreading in Australia or the US.

What prevented the Australian or US governments from detecting, isolating, and containing the spread of the virus within their own borders, and how exactly would China be to blame for the fact that they didn’t? Here reveals the propaganda value of this inquiry and precisely why China responded through additional tariffs against Australian imports.

The trade war is hurting Australia in ways it will not be able to overcome without quickly reconciling with Beijing.

The amount of iron ore exported to China from Australia cannot simply be diverted elsewhere. Which nation possesses the same sized industrial base and demand for such ore? The answer is; no one.

Worse still are “economic solutions” Australia is exploring to make up for its declining economic health.

Australian state media, ABC, in an article titled, “Australia to produce its own guided missiles as part of billion-dollar defence manufacturing plan,” would claim:

Prime Minister Scott Morrison will unveil the plan later today but is warning the “changing global environment” highlights the need to create the sovereign capability.

The Department of Defence will choose a “strategic industry partner” which will be contracted to operate the manufacturing facility.

Thus, there really is no “sovereign capability” being developed, since the weapons will be made by the Australian subsidiaries of US and Western European-based arms manufacturers, using Australian tax dollars, and creating a minimum number of jobs in the process all while using technology with little to no practical application outside the realm of arms manufacturing.

The missiles, once completed, will most likely be pointed at China by Australia, or sold to nations in the region who will likewise point them at China.

The propaganda campaign fueling Australia’s growing antagonism toward China and creating the climate of fear among the Australian public to justify expenditures on weapons often stems from policy think tanks like the Australian Strategic Policy Institute (ASPI).

That ASPI is funded by the very same arms manufactures mentioned above, Raytheon and Lockheed, directly profiting from the growing crisis, should be no surprise.

If the trade row wasn’t bad enough, special interests driving Australian foreign policy doubling down on “solutions” that will only expand the row (and also a wider conflict) signals to Beijing that Australia wasn’t, isn’t and likely well into the future won’t be a reliable partner.

China Moving on Without Australia?

Conversely, China has plenty of alternatives to choose from and has been cultivating them for years out of a desire to hedge against economic uncertainties. But it was a strategy that has clearly served Beijing well in the face of the sort of political uncertainties Australia’s antagonism now represents.

In the mining sector though, China has spent the past decade ramping up projects in Africa to safeguard the flow of raw materials to the manufacturing juggernaut.

Those investments are now paying off and African producer countries are pocketing the royalties as exports to the world’s second biggest economy get a boost at Australia’s expense.

The article covers a wide range of ores, minerals and other goods China is seeking to diversify away from dependence on Australia for, and toward partners in Africa.

The article describes how in just a few years, momentum is already starting to swing in favour of African exporters at Australia’s expense. Once the process is complete, it will be very difficult for Australia’s government to repair both the political damage it has created and convince Beijing to forego its new partners in favour of a return to Australian trade, now proven to be politically unreliable.

Like the US itself whom Australia follows the lead of, Australia finds itself needlessly rendering itself irrelevant because of a fundamental inability to accept an emerging global balance of power, correcting the unwarranted concentration of power and wealth in the hands of Western nations at the expense of the rest of the world.

Australia’s inability to find a constructive role to play among the nations of the Indo-Pacific region and recognize China’s rise as a regional and global power, insisting instead to partner with Washington in a campaign to reassert Western primacy over the region, is not “going to be” Australia’s downfall, it already is Australia’s downfall.

How far Australia falls, and if it arrives at depths it can never fully return from, is up to Canberra.