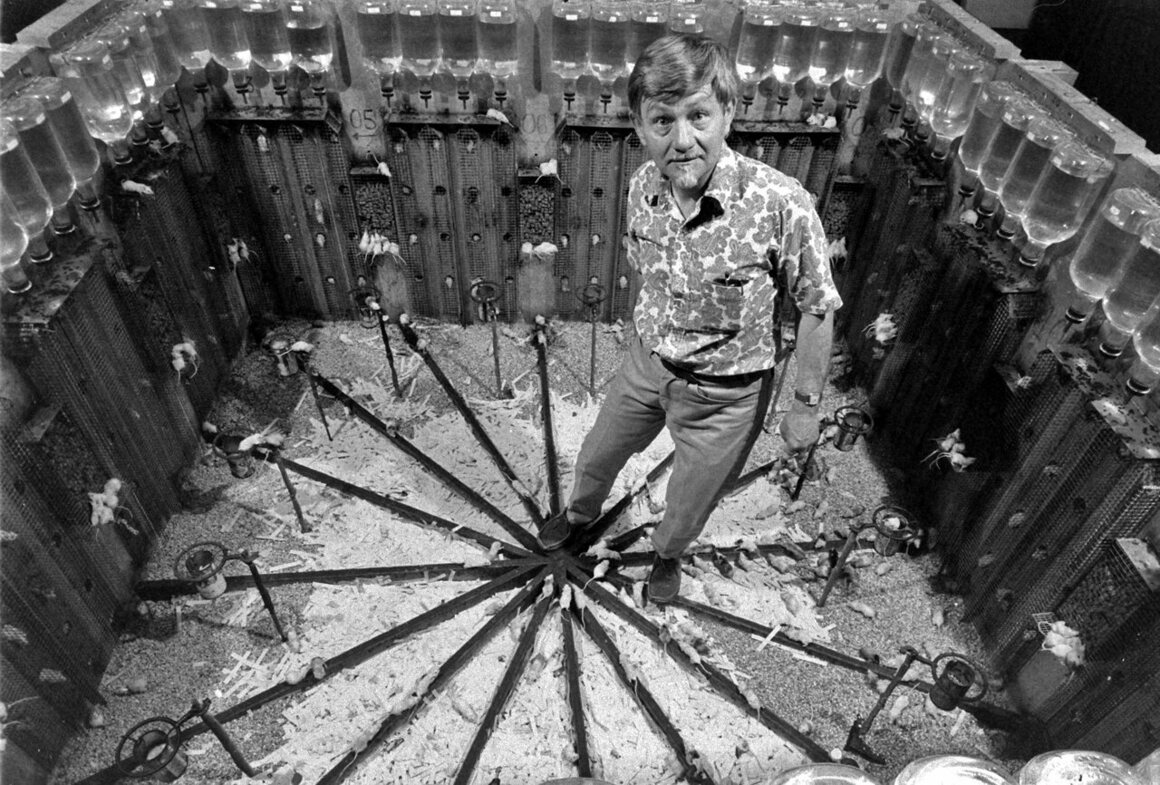 (Natural News) In the 1960’s, a scientist named John Calhoun created a “mouse utopia” where populations of mice would enjoy everything they needed, essentially without effort: Unlimited food, water, living space, population growth without predators and so on. It started with eight mice, who began to reproduce quickly, enjoying their newfound “utopia” with unlimited resources. Within 4 years, however, the population had become extinct through self-annihilation even though all the resources it needed for survival were readily available, including ample space to live.

What happened to Calhoun’s mice? He repeated the experiment multiple times using mice and rats. Each time the outcome was the same: Extinction within 1588 days. (Populations began to collapse at around 560 days, for reasons discussed below.)

What we are witnessing in the world today, right now, with the self-inflicted annihilation of humankind, almost perfectly reflects observations from Calhoun’s “mouse utopia” experiments. Except now, it’s happening in the world of humans.

Filmmaker Mike Freeman has even made a film about these experiments. It’s called Critical Mass, and you can learn about it at CriticalMassFilm.com.

A bioethicist named Jan Kuba? has written extensively about this on a site called PhysicsOfLife.pl. There, on a page dedicated to Calhoun’s experiment, he describes the Calhoun experiments as, “one of the most important in human history,” and he delves into the meaning of all this for humankind. On this page, he describes the phases of live and annihilation through which the “mouse utopia” passed. Here’s a summary:

Phase D – Day 560 – Death phase – Population collapses. “No young surviving.” No longer any conception. Non-reproducing females resort to eating, grooming and sleeping. No interest in socialization. No social skills learned by remaining survivors. No ability to be aggressive, which means no ability to defend their young or their nests. Avoidance of all stressful activities, including anything resembling competition. Preoccupation with grooming and physical attractiveness. Inability to navigate challenges of the real world. Only the outer appearance of being superior, but lacking cognitive and social skills. Totally unable to reproduce, raise young or compete for anything.

– The larger the population, the less care a mother gives to her nest and young.

– Due to the abundance of food and water and lack of predators, there was no need to perform any actions to acquire resources and/or avoid danger. So the young have no opportunity to see such actions, learn (bad pupils often lose their lives) and, later, use them effectively.

– Utopia (when one has everything, at any moment, for no expenditure) declines responsibility, effectiveness and awareness of social dependence, and finally, as Dr Calhoun’s study showed, leads to self-extinction.

Lawrence W. Reed, writing for FEE.org, adds the following observation on all this in an article about the rise of the welfare state:

The turning point in this mouse utopia, Calhoun observed, occurred on Day 315 when the first signs appeared of a breakdown in social norms and structure. Aberrations included the following: females abandoning their young; males no longer defending their territory; and both sexes becoming more violent and aggressive. Deviant behavior, sexual and social, mounted with each passing day. The last thousand mice to be born tended to avoid stressful activity and focused their attention increasingly on themselves.

We are seeing the same thing in today’s human societies

Many scientists have dismissed any link between Calhoun’s “mouse utopia” experiments and human society, but in the years since these conclusions were drawn, human society has come to strikingly resemble the self-annihilation tendencies of the mice.

For example, in human society today, we note that socialism / progressivism teaches children that competition is bad. “Everyone’s a winner” is the mantra of our time, and this creates an environment where children are not challenged. In fact, it is no longer even socially acceptable to subject children to any challenges at all. Students are selected into colleges merely based on their skin color or sexual orientations, and corporations hire people based on precisely the same traits, regardless of merit. As Kuban writes, the principle conclusion of Calhoun’s experiments is as follows:

The lack of challenges gradually spoils the behaviour

of subsequent generations of a population.

This degeneration is inevitable

and leads to eventual self-extinction.

Due to the lack of challenges, the extinction

of a population is inevitable.

It lasts several generations, but is inexorable.

This is precisely the path being pursued by left-wing socialism / communism / collectivism. This also highlights the dangers of a Universal Basic Income (UBI) or welfare / stimulus giveaways. When you give resources to populations without any apparent scarcity or competition, those population raise generations of offspring that are incapable of functioning in society.

We are seeing all the other signs of the mouse utopia collapse in modern human society as well:

– Infanticide and abortion, even the celebration of killing the young

– Pedophilia and exploitation of the young by older members of society

– Obsession with self-grooming behaviors, as we see demonstrated by today’s youth when it comes to selfies, social media presence, etc.

– Collapse in fertility of both males and females; spontaneous abortions, stillbirths, inability to cope with adversity

– Bullying of certain individuals in the population, withdrawal from social circles. If these mice had guns, there would have been mass mice shootings.

– Complete withdrawal from biological reproduction as transgenderism, pedophilia, violence and lunacy takes over.

Does any of that sound familiar? It sounds like every left-wing city in western society. What the mice demonstrated in the 1960s, left-wing humans are living out in the 2020s. The only real difference is that a generation of mice takes about 50 days to play out, while a generation of humans takes about 20 – 25 years.

In summary, population itself is not the problem. Collectivism and the welfare state is what will lead to humanity’s self-annihilation.

As economist Thomas Sowell stated, “The welfare state shields people from the consequences of their own mistakes, allowing irresponsibility to continue and to flourish among ever wider circles of people.”

Food abundance has made humanity weak, privileged and unable to rise to any real challenge

Part of the shock here is how easy food availability — and gluttony — has led to the weakening of the human race. Where food and other resources are readily available, children don’t learn about competition, scarcity, skills, socialization or achievement. It is scarcity that results in learning and leadership, and without scarcity, there is only gluttony, apathy and collapse.

Notably, the mice never ran out of physical space. This wasn’t an “overpopulation” problem per se. It was self-annihilation stemming from the collapse of the culture of the mice. They no longer valued competition, achievement or resources. They became lazy, apathetic, self-obsessed and distorted through what we would now label LGBTQ behaviors or collectivism tendencies, ultimately leading to the total collapse of any viability of offspring. Zero population was the inevitable result.

These mice were prisoners in a large physical structure where they were granted unlimited resources. Today, eight billion human beings are living in a prison planet which provides large amounts of food and free money, but where human culture are fertility are rapidly collapsing.

I cover this in more detail in today’s Situation Update podcast:

– Infamous “mouse utopia” experiments showed how a population destroys itself
– Abundant food and resources led to infanticide and a collapse of civility
– Some groups focused entirely on eating, self-grooming and sleeping
– Modern human society is following the same path of collapse and extermination
– Social media and tech platforms are amplifying the WORST traits of humanity
– There will be no civility as long as there are proxy communications platforms
– Mass mental illness is now the norm
– It’s all worsened by deliberate food poisoning (pesticides, herbicides, heavy metals)
– Infiltration in the health “truth” movement appears to be coming from globalists and RINOs
– An effort is under way to cause a civil war in the movement
– Trump supporters are especially targeted to be marginalized and replaced
– How to identify infiltrators and posers who are actually intelligence assets
– Follow the money to learn the truth

See more stories about the collapse of human civilization at Collapse.news

Discover more interviews and podcasts each day at: