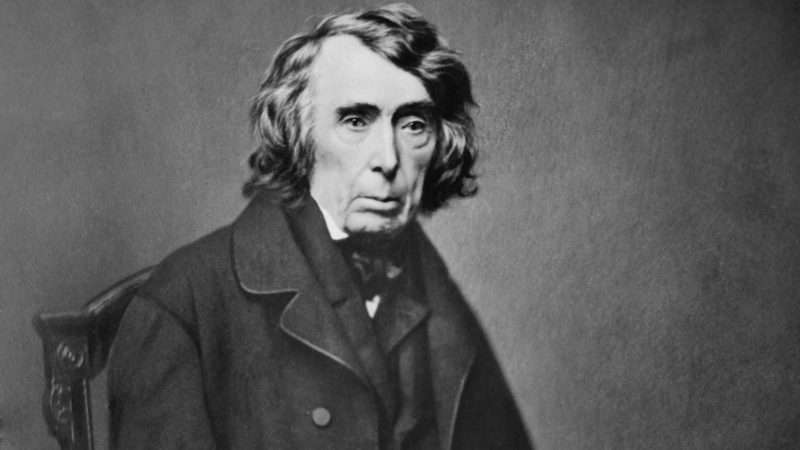 Congress is currently weighing a bill that would remove the bust of Roger B. Taney that is on display in the old Supreme Court chambers inside the capitol. Taney, who served as chief justice of the United States from 1836 to 1864, is best known as the author of Dred Scott v. Sandford (1857), the notorious case which said that black Americans have “no rights which the white man was bound to respect.”

Taney stands out as a uniquely odious figure in American history. One of the big questions in Dred Scott was whether Scott had standing as a U.S. citizen to sue in federal court. Taney’s opinion rejected the idea of black citizenship outright.

Blacks “are not included, and were not intended to be included, under the word ‘citizens’ in the Constitution,” Taney asserted. At the time of the founding, blacks “had for more than a century before been regarded as beings of an inferior order.” In Taney’s view, black Americans were entitled to nothing more than whatever cursory privileges “as those who held the power and the Government might choose to give them.”

In addition to being wildly racist, Taney’s argument was historically illiterate. As Justice Benjamin Curtis pointed out in his Dred Scott dissent, “at the time of the ratification of the Articles of Confederation, all free native-born inhabitants of the States of New Hampshire, Massachusetts, New York, New Jersey, and North Carolina, though descended from African slaves, were not only citizens of those States, but such of them as had the other necessary qualifications possessed the franchise of electors, on equal terms with other citizens.”

What is more, Curtis noted, at the time of the ratification of the Constitution, “in some of the States, as we have seen, colored persons were among those qualified by law to act on this subject. These colored persons were not only included in the body of ‘the people of the United States,’ by whom the Constitution was ordained and established, but in at least five of the States they had the power to act, and countless did act, by their suffrages, upon the question of its adoption.”

In other words, a number of black Americans were quite literally part of “We the People” at the exact moment when those famous words were enshrined in the Preamble to the Constitution. Taney’s toxic interpretation not only violated constitutional text and history, but it retroactively wrote those patriots out of the constitutional system that they helped to found.

Congress later overturned Taney’s villainous judgment when it enacted the legislation that became the 14th Amendment to the Constitution. Among other things, the amendment’s Birthright Citizenship Clause rendered Dred Scott a dead letter.

Interestingly, one person who does not want to see the Taney statue removed from the capitol is Dred Scott’s great-great-granddaughter, Lynne M. Jackson, the president and founder of the Dred Scott Heritage Society. As WUSA9 reports, Jackson would rather see a bust of Scott placed alongside the bust of Taney. The current statue resides in the “place where the Dred Scott case was decided,” Jackson told the Associated Press. Having Taney “there by himself is lopsided.”