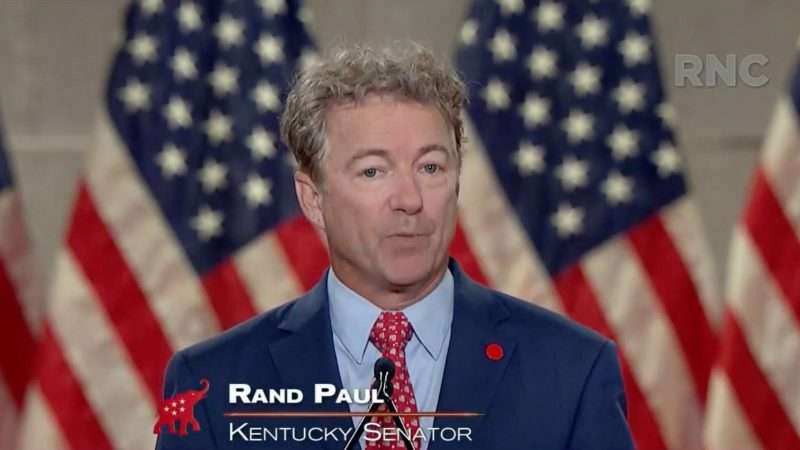 “I flew with him to Dover Air Force Base to honor two soldiers whose remains were coming home from Afghanistan,” Paul said. “I will never forget that evening. I can tell you the president not only felt the pain of these families but the president is committed to ending this war.

“President Trump is the first president in a generation to seek to end war rather than start one. He intends to end the war in Afghanistan. He is bringing our men and women home.”

You all may remember that Barack Obama ran for president also promising to end our overseas wars, and it did not happen.

And here, as we approach the end of Trump’s first term, we cannot help but notice that the president has not, in fact, ended any wars and has in fact risked escalation of military engagement between the United States and Iran when he approved the drone-strike assassination of an Iranian general.

It’s true that Trump is promising to bring thousands of troops home from Afghanistan, and that’s wonderful, assuming it all happens and he completes the pullout. The Trump administration is, in reality, resisting any and all attempts by Congress to rescind the Authorization for Use of Military Force (AUMF) that previously gave President George W. Bush permission to wage war against Al Qaeda in Iraq and Afghanistan.

In his speech, Paul railed against Biden for supporting this war. But when Congress, in a rare act of bipartisanship, passed a resolution stopping the president in engaging in any further military action against Iran without congressional approval, Trump vetoed it. Paul voted for this resolution and has consistently voted to rescind the AUMF.

And despite Paul’s attempts to insist tonight that Biden and the Democrats will continue overseas wars or start new ones, the congressional record shows that in reality, Democrats have been joining with Paul, agreeing with him in votes to bring the troops back home. It’s actually the White House and hawks within the Republican Party who have really been standing in the way.

Now both the Democratic Party 2020 platform and Trump’s 50-point plan for his second term promise, yet again, to end the wars and bring the troops home. For those who truly oppose foreign military intervention, the appropriate way to look at Trump’s first term is not unlike Obama’s. This promise has not been kept.